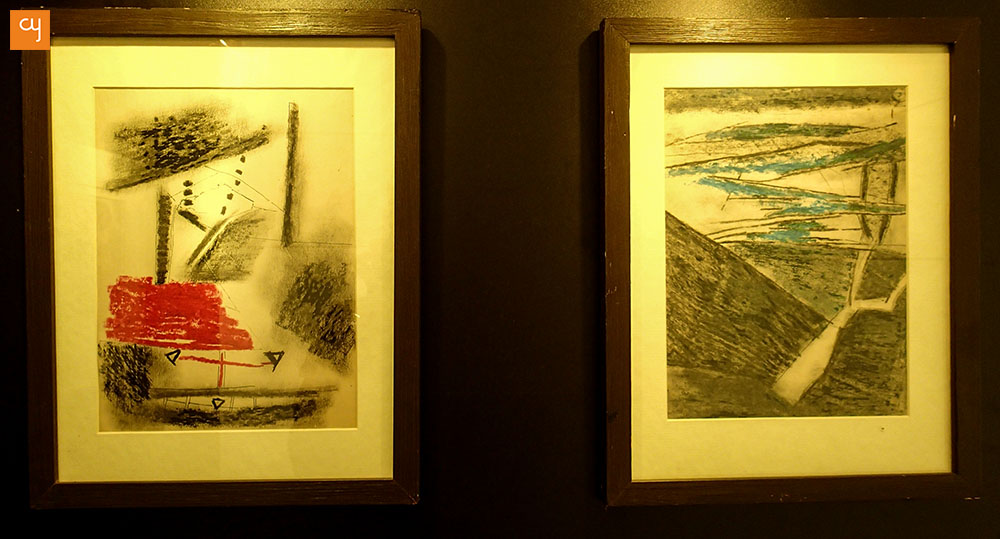 In 1948, a banker turned into an artist and writer. Nobody knew that he would go on to forever transform the way we perceive landscapes. In this exhibition in Ahmedabad, see Ram Kumar’s pleasing abstracts, which testify to the incredible growth of art in India.

There are only a handful of art galleries in Ahmedabad as of today. Hutheesing Visual Art Centre, which was established in 1978 by Leila and Purushottam Hutheesing, is one of the few that has seen several artists grow over time, alongside the overall art scenario. In the latter part of last year, the gallery presented an inventive exhibition called Voice of Silence by Hindol Brahmbhatt and played host to the Retrospective of Mahendra Kadia ‘Line to Strokes’, as well as the Advait art show which featured works by stalwarts like Anju and Atul Dodiya, and Madhvi and Manu Parekh. The gallery has once again created a buzz this year amongst the art fraternity of Ahmedabad. This time, it is through its exhibition of the artworks of Ram Kumar, which was inaugurated on February 22by veteran art critic and writer Prayag Shukla. 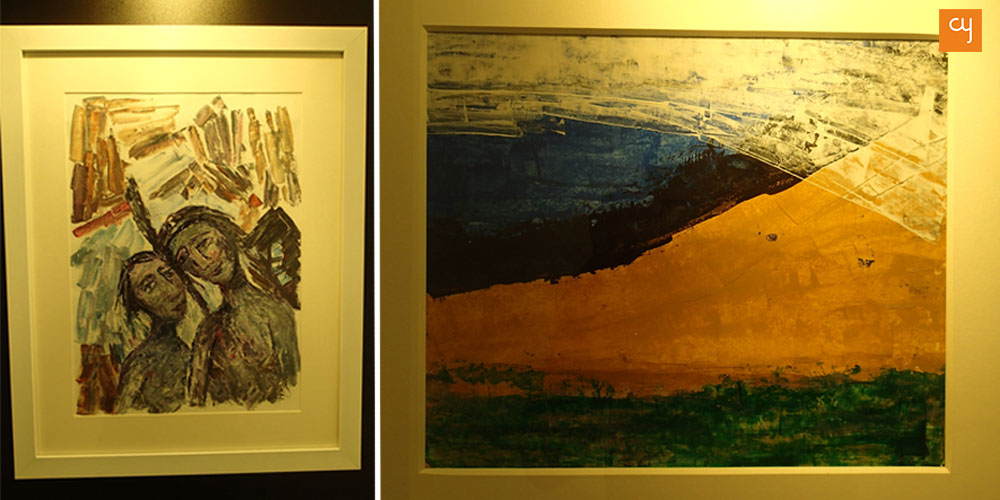 In the 1960s, Ram Kumar became a pioneer in ushering in an era of abstract art in India at a time when the whole industry was still dwelling on Figurativism. Although Kumar had a close association with the Bombay Progressive Artists’ Group and intimate bonds with the group’s stalwart artists MF Hussain, Tyeb Mehta and SH Raza, he developed his sense of aesthetics primarily from artist Sailoz Mukherjee in 1948. Mukherjee was a product of Shantiniketan School, the place which promoted the birth of the Bengal School of Art. Kumar had left his banking job by then and, in search of creative inspiration, headed towards the Ganga Ghats of Varanasi with his friend Hussain. At the time, he was engaged in making still-life and realistic paintings. Varanasi left a profound impact on the thoughts and perspectives of Kumar, however, just like it did on artists Manu Parekh and KG Subramanyan. The city shaped his perception of death and life equally. These crystallising thoughts eventually gave birth to Kumar’s surreal art, which later also found expression in his portrayals of Ladakh.

As one views the collection of 29 artworks, mostly of landscapes, one is bound to be struck by the meditative quality of these works. The landscapes are structured through steps and layers of colours. These are strong enough to bear an identity of their own, while soft enough to lend a serene and almost dreamy sense to the paintings. The lavish use of blue and hues of green, contrasted with orange and crimson, seem to mean expression of the artist’s experience of bliss, perhaps.

As a young reviewer, it is not easy to comment on the art of such a gifted artist. Having said that, I would want to mention the chronological breadth of the collection; which touches upon quite a few styles that Kumar has adopted from the 1960s to the current era. Though not entirely balanced in its breadth, the show does give the observer a look into the aesthetics of Ram Kumar. The very first artwork that greets you is a 1961 drawing, which showcases Kumar’s penchant for lines and landscapes. Most of the works on display are small in scale, as compared to some of his other series, but each is worthy of endless viewing. Such is the impact of his work. 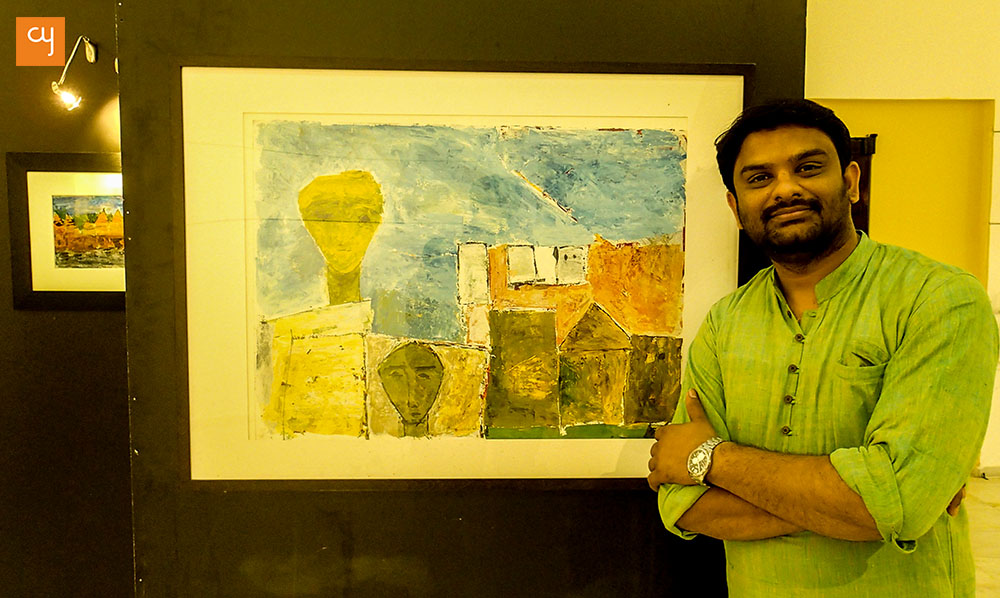 Curator Giriraj Kadia has got in touch with private collectors from across India to build such a show that matches the master’s repute.It is also fascinating to observe how a variety of material like acrylic, pen and ink, dry pastel, charcoal and colour pencil are all put to use by the master artist to give expression to his memories and experiences on paper. As always, the curator of the show, Giriraj Kadia, once again excels in amplifying the show’s experience by virtue of his inventive display skills. He dissolves the four corners of the gallery by creating multiple corners instead, using panels fitted at right angles across the floor of the gallery. Each panel holds a masterpiece and each corner holds a space for the observer to not just view, but also blend with the dreamy landscapes of Ram Kumar.

The paintings are a manifestation of Kumar’s imagination, mixed with his experiences. Line drawings of landscapes, figurative sketches and abstract scenic paintings have been approached in various ways by the Padma Shri and Padma Bhushan winning artist. Even while observing his detailed sketches, it is evident that there is a certain freedom in his ideas. Cautious scribbles on paper combine to make forms that hold the attention for longer than usual. Being a writer, who gave us fantastic books like ShilalekhTatha Anya Kahaniyan, Europe ke Sketch and DusPratinidhiKahaniyan, he knows how to evoke catharsis through his creations. I personally see stirring narrations of unspoken anecdotes in his art – sketched couples seem to hint at the subtleties of human relationships and certain landscapes hint at a feeling of desertedness. 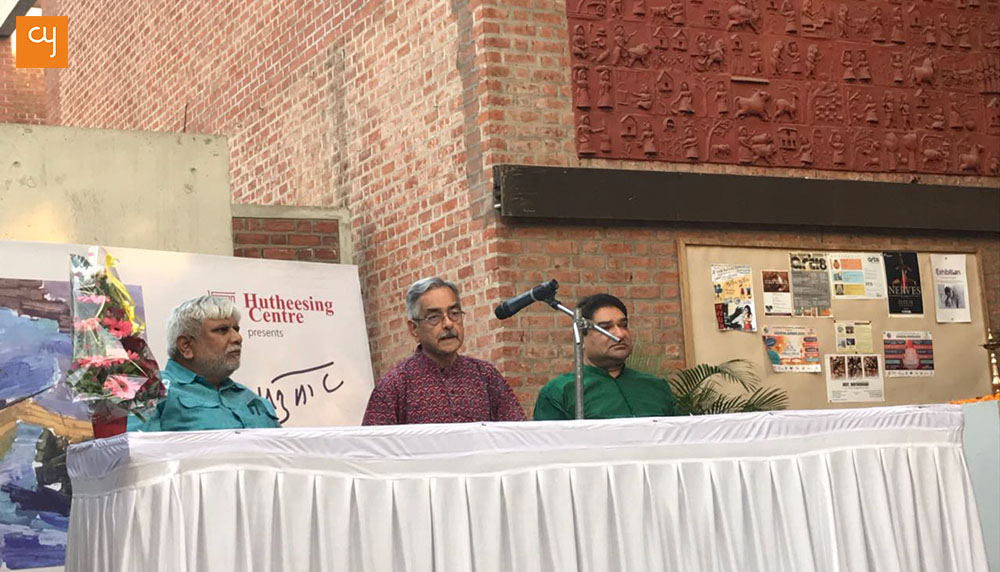 The exhibition was inaugurated in the presence of the Who’s Who of the Ahmedabad art fraternity. Hutheesing Centre’s Managing Trustee Umang Hutheesing, along with Artist and Hon. Director of the gallery Mahendra Kadia, graced the inauguration with special guest Prayag Shukla. Giriraj Kadia, secretary of Hutheesing Centre and the curator of the show, was gleaming with delight, as the moment marked for him the realisation of a long-drawn dream. On the occasion, Kadia shared with us, “Since college days, I have been fascinated by Kumar’s artistic flow, growth, energy, treatment and stills. It isn’t because I’ve read a lot about him, or because I am a fanatic of his pedagogy, but the combination of colours used by him to depict forms attracts me towards his art.”

The event took an interesting turn when art critic and writer Prayag Shukla, who also happens to share a five-decade-long bond with the legendary artist, shared insights into the art, personality and life of the 94-year-old Ram Kumar.He said, “The colour tubes used by Kumar are the same as those used by other artists, but his selection of contrasting colours in the paintings, which are vivid and yet not so loud, make him stand apart. Personally, for me, these artworks give me a feeling of progression, from resentment to renaissance.” It was Kumar who encouraged Shukla to start writing on art. When he was staying at his studio during his struggling days, Shukla was able to meet many established artists, and through these, he was able to receive ample inspiration.

Experience Ram Kumar’s magic presented in the signature presentation style of Giriraj Kadia. It is after a long time that the highly-value artworks of Ram Kumar have been brought to in the heritage city of Ahmedabad. This rare exhibition is open for all to see at Hutheesing Visual Art Centre until February 28, every day from 4PM to 8PM.