Mein Jagjit on last Saturday turned out to be a sweet tribute to the late gazal maestro! Notwithstanding its obvious linear narrative interspersed with a rendition of his famous gazals, this stage presentation coming more than a week after his eighth death anniversary, had its takers predominantly in seniors. This was partly because of the invite sent out to its members by the Ahmedabad Textile Mills Association (ATMA), which co-hosted the performance at its auditorium with Machaan, the theatre group that conceptualised the performance. 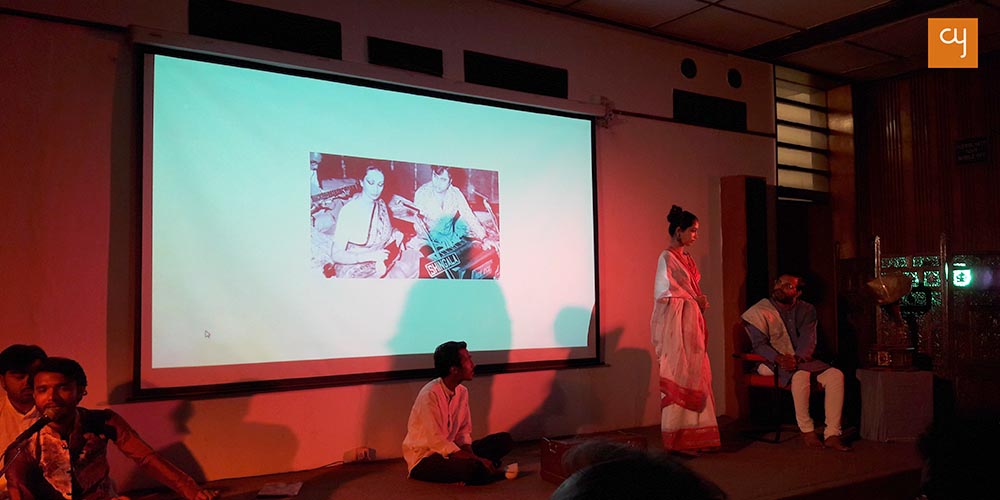 This was actually a musical docu-drama that also used still and video visuals to bring alive Jagjit’s life that started in Sriganganagar of Rajasthan and ended in the Maya Nagari Mumbai pretty much prematurely when Jagjit died at a mere 70 defying the current longevity standards, expectations of newer additions to his fine repertoire and thus leaving his fans in shock and dismay.

The fanfare was visible at this performance that came at ATMA’s limited 140-seat auditorium as the audience cheered the rendition of Jagjit’s gazals liberally for both, out of their opportunity to pay a public tribute to his fine body of work posthumously, as also to a neat and fair rendition by the singers and accompanists brought on the stage for the evening.

The mainstay of the performance was the narrator in Chetan Daiya who was dressed in the ethnic kurta-pyjama and a drape to create Jagjit’s first-person recounting on stage of his life that started by his singing in AIR and also as a Ragi of the Sikh sect in Gurudwaras and eventually got its real calling in popular gazal genre through early seventies and till his death.

Through his illustrious singing career of more than four decades – which brought him recognition from Sahitya Akademi and Sangeet Natak Akademi to Government’s Padmabhushan award – Singh also sang for films as a playback singer and babul mora naihar chhuto jaye in Avishkar in 1974 was his first memorable number. He then went on to make a substantial singing contribution in Arth in 1983, which side of his singing later continued through his entire career. His gazal albums were both numerous and frequent but what brought significant diversity was his singing for acclaimed Urdu poet Ghalib and Punjabi poet Shiv Kumar Batalavi (Birha da Sultan and Peedan da Paraga). One of his albums was also entirely devoted to poet Sudrashan Fakir early on in 1980 and his gazal Woh Kagaz ki Kashti has proved an all-time hit. 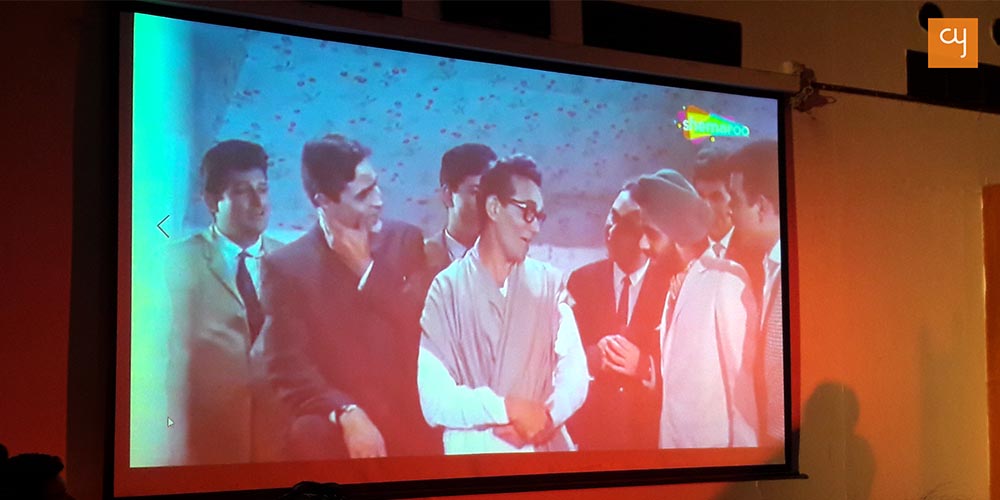 The narrative in the play written and directed by Harsh Shodhan then covered the maestro’s early struggle in Mumbai, his very brief brush as actor with a film or two like Aman featuring jubilee star Rajendra Kumar; acceptance as a gazal singer in spite of initial ‘disapproval’ by the classical singer of the genre the one and only Begum Akhtar; his encounter with Chitra and their simple marriage, the loss of their young son and daughter (from Chitra’s first marriage to Dutta) in tragic circumstances and Chitra’s retirement from active singing.

The performance tries to bring in theatrical devices as it doubles up with a younger actor-cum-narrator to enact the early youthful life of the protagonist. Chitra and her first husband Debo Prasad Dutta also appear in the scheme of the docu-drama in a couple of scenes even as the actors who do these parts also support the chorus for a rendition of gazals.

The appearance and encounter with Chitra, Jagjit’s beautiful Bengali better half and an accomplished singer herself who was equally credited for bringing fame to their duet singing, is made interesting in the play by several mentions of her name in the speech but deferring the actual scene for later in the play! The duet singing by Jagjit and Chitra was either replication of or it became a tradition of sorts as other couples like Rajendra & Neena Mehta, Bhupendra & Mitali and Roopkumar Rathod & Sonali also followed the practice in the domain of gazal singing concurrently. 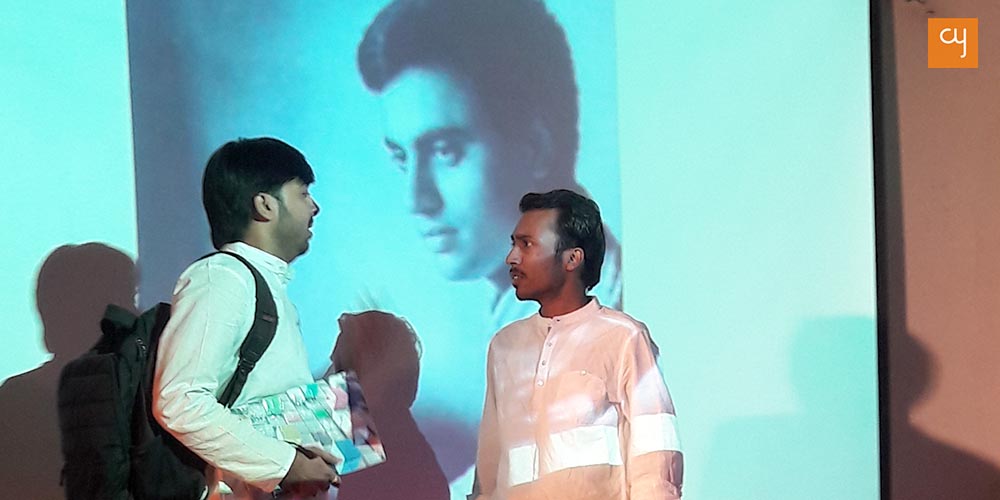 While the actors and singers did create Jagjit’s life fairly well on the stage in keeping with the objective, the principal narrator’s continuous sitting in a chair was monotonous; and the young Jagjit would have been better cast as a rather muscular individual – which Jagjit was from his early days. The female lead would also need to be more confident in future performances, which should happen.

Having started in March 2017 mostly with short plays, the group Machaan looks promising to do serious stuff and we must wish them well! The ATMA’s chief Anubhav Suhkla used the occasion to make a sincere appeal to Amdavadis to keep the activities at their building alive; something that we would endorse going by the fact that the location is pretty much located in the CBD, has ample parking and a seal of Le Corbusier on it but remains under-utilised.