Punaraagaman celebrates Mareez and his poetry

For a feeling to ooze from the mystic source within and form itself into a lyrical expression, the poet needs only to make way for it to flow unhindered and verbally unadorned. The pith of a poet’s expression feels freshly pure as at germination because, he does not let in frivolous gimmicks for acclaim. Mareez (1917-83) works in the format of Ghazal, which is usually presented to an audience generously ready with vah vah, and yet he stands out as a poet by temperament and work.

This is the reason why he is greeted with aadaab even today. Those having the right sensibility and skills of varying hues got together the other day to celebrate the poet and his poetry, one difficult to tell apart from the other. A word was enough without hype for Mareez-lovers to gather at Navajivan’s Jitendra Desai Memorial Hall last Sunday evening.  A launch of Punaraagaman, edited by Apoorva Ashar, which combines in a special way earlier collections Aagaman, Nakasha and Dard, at the hands of his son Mohsinbhai was the occasion. What made it an event was Amar Bhatt’s nuanced musical rendering of the poet’s inimitable lines with a restrained suggestive power, vah vah for which was seen on the lips and in the eyes of the listeners not expressed with distracting loudness. 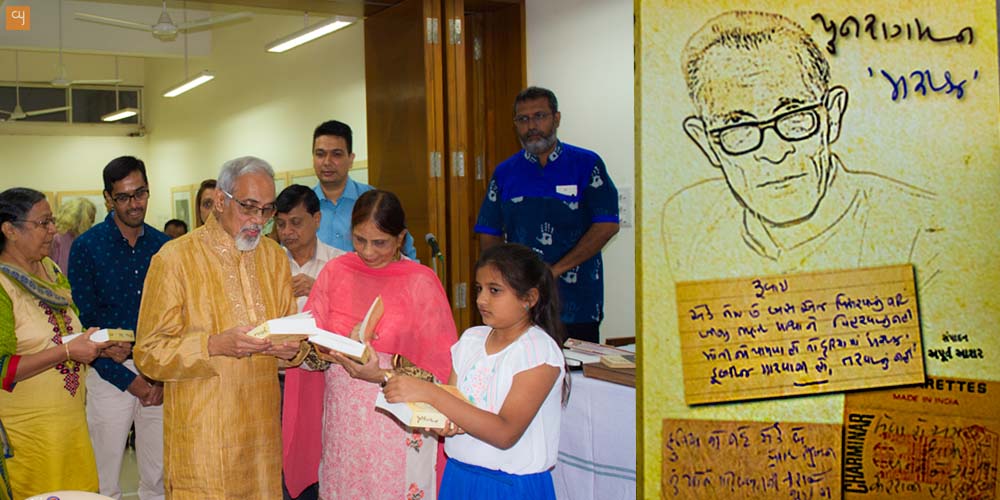 Mareez did not need any fancy stationery to collect his outpouring. The invite had an image of a Charminar cigarette pack with this pearl of wisdom inscribed on it in his hand : Levaa ho agar shwaas … : ‘Since breathe you must, know the difference of both, / The air that comes from across the Sahara feels different from the air coming from across the sea.’ There was another on a page from a diary. It had refreshing lines rejoicing constancy : Ek te j chhe …  At the venue, many such pages with poems written in his neat handwriting were exhibited in display cases, which youngsters in particular – for obvious reasons! – photocopied with a smile.

Many photocopied images give the around 450-page book a flavour of authenticity so welcome to the poet’s fans. They are of couplets, rubaiyat (quatrains), Ghazals, their varying versions, titles of earlier collections, prefaces to them, excerpts, underlined and crossed out lines as also of photographs with friends and family. With these images, the biographical and autobiographical touches scattered in it and the freshness of lyrical expression retained, the well-designed book can be a collector’s item. Not often are books produced with such delicate care. No wonder, Apoorva Ashar, always dependable for his graphic sense, at length and with personal interest fondly projected its special features on a screen. I wish the sound system matched his enthusiasm! 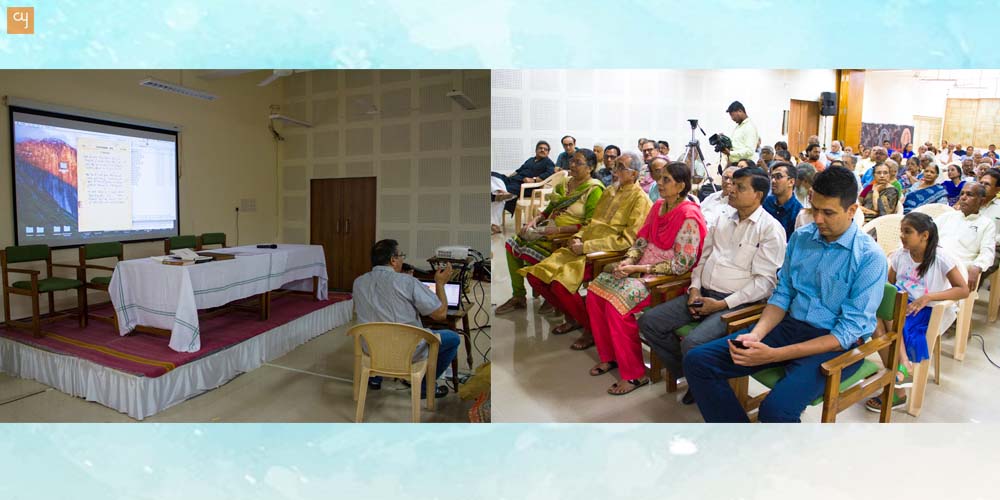 You find a felt experience, not a manufactured one, in Mareez, generally. He has the knack of capturing it in a simple, unostentatious language and style. The genuineness of the experience seems to prompt it. Once he has captured the experience, like a true artist he distances himself from it and lets it grow within his form as not his own and personal but universal, say as a universalized experience. Disarmingly he says in his famous couplet –

What was my Ghazal Mareez except words?

Feeling got into it and it became a piece of art.

Without intending it he shows the difference between empty words passed off as a Ghazal and a poem having a lasting literary value. 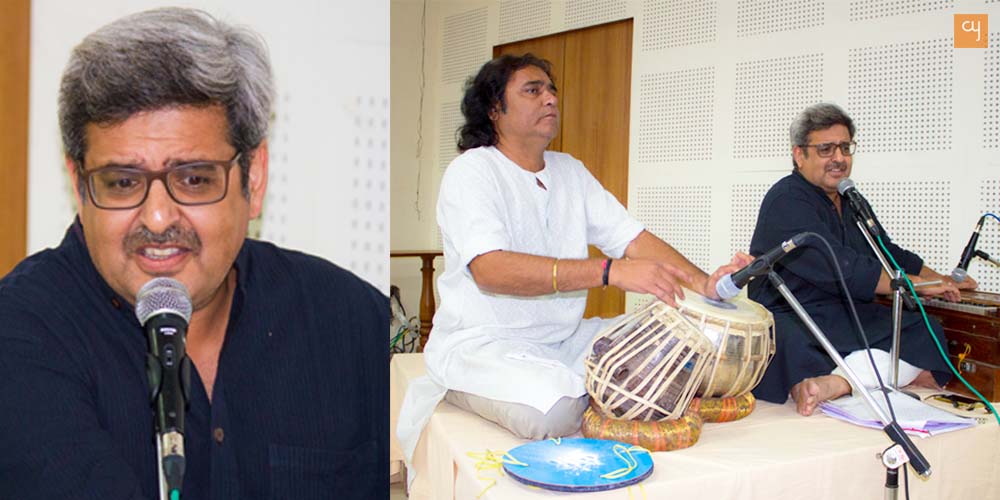 Mareez sets himself apart as a poet in the genre of his choice when with seeming ease he infuses his characteristic connotative value into a customary couplet – and enlivens and elevates it. The opening lines of his poem Philsoofi Samaji Lidhi, which Amar sang with verve and for which the informed listeners, among them the poet’s family, had reserved their warmest acclaim, say : ‘I have learnt the alchemy of living life, / I considered as ultimate every moment that brought happiness.’

The poet’s fans easily associate his shaayari with his Radif-Kafia, both strong in their simple wording. As a welcome departure from quoting opening words, therefore, The Index of poems at the end of the book quotes Radif-Kafia. In course of time, it seems, the book Punaraagaman is also going to be an e-book online. Punaraagaman, incidentally, is one of Navajivan Publishing House’s wing Navajivan Saamprat’s recent publications as part of its enterprising Managing Trustee Vivek Desai’s fresh initiative. 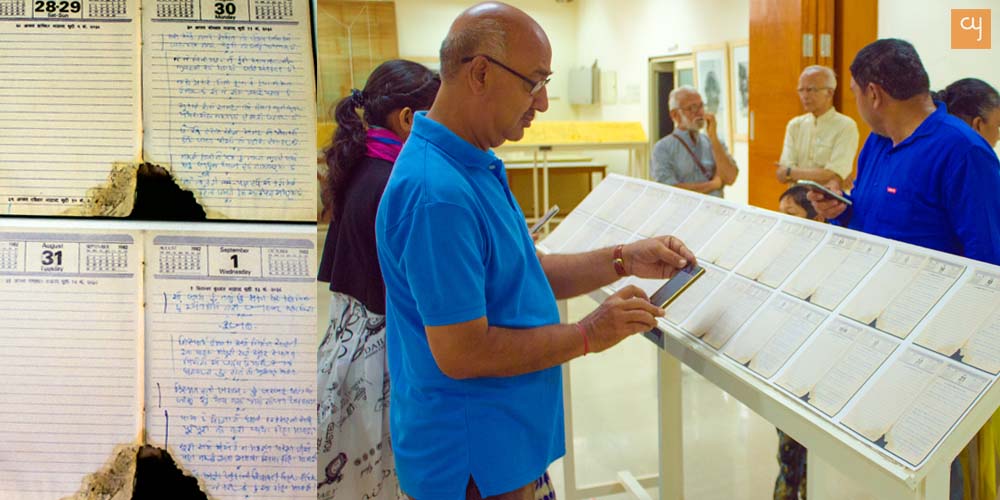