Jogiyaar Mahabharat at the Theatre Olympics creates an experience of lifetime 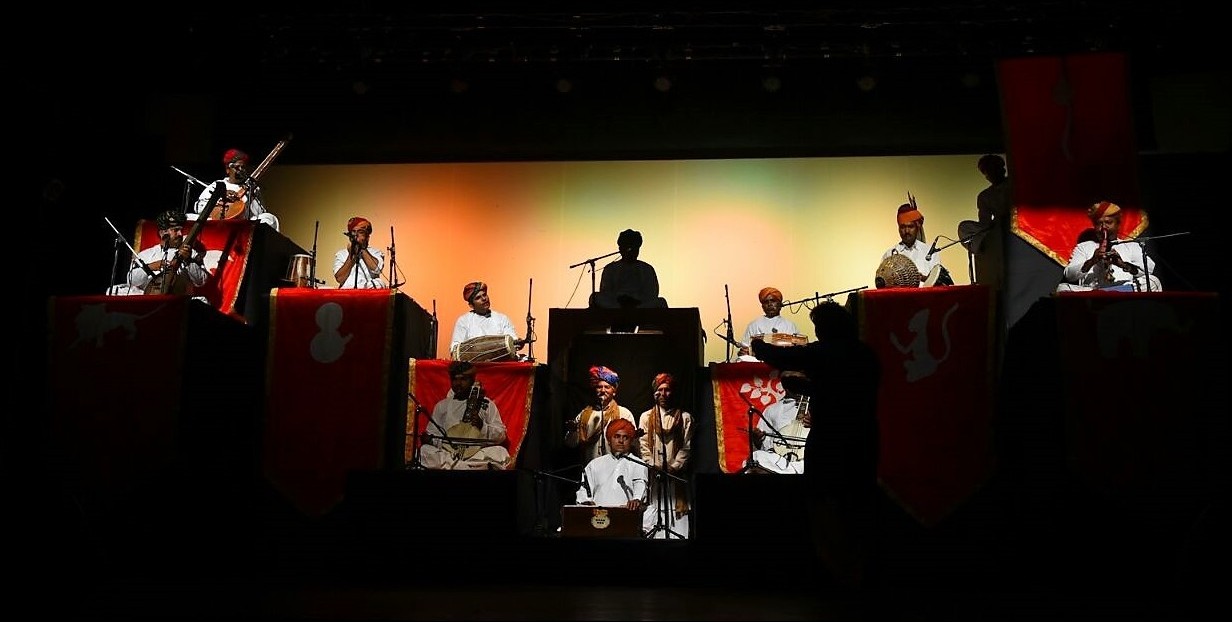 Dinesh Yadav’s Jogiyaar Mahabharat at the Theatre Olympics created a unique kind of theatre experience for everyone in the fully packed auditorium at the Tagore Hall on Wednesday. Still on a high following the 70-minute joyous performance for which there was a demand for an encore (ever heard of it at a drama festival?), all those who had assembled in the foyer under ‘Meet the Director’ part, my initial greetings to him : ‘Are you a director or a magician – a wizard!’, approvingly received it.

You have in front of you as the curtain opens a panoramic view of a galaxy of musicians each with a different instrument, looking nearly exotic because we are not often exposed to them – a Morchang, a Tandura,  a Dhol, a Dholak, Nakkara, a Murli. They are horizontally seated at varying but symmetrical levels, all ethnically attired white and with a colourful turban on. Some of them are mustachioed and all have a rugged dignified visage on which sometimes there is a flicker of smile. Most of them are in pairs sitting in enclosures covered with symbolic flags, which dramatically open when it is the turn of the musician/s to perform. The chief singers are in the centre, standing, flanked by three enclosures each.

From the left of the stage, as if in twilight, enters a lungi-clad Jogi singing on Jogiya Sarangi praises to Lord Shiva and Parvati. The beginning is going to be matched towards the end when he would sum up the narrative. In between is the musical narrative written about two centuries ago by a Muslim poet (Take note, today’s India) Sadullah Khan as Panduan ke Kadde. The director later pointed out that only three of the original seven Kadde, meaning sections, like the Kadavaa-n in Premanand, are now with us in the aural tradition in Gaffrudeen Mewaati’s voice. One of the two lead narrator singers is Gaffrudeen.

There is inbuilt monotony, the director points out, in the traditional recitation. So a variety is added. The Mahabharat battle is signified in the two contrasting singing styles, the original pure Meo form and the lively Manganiyar form. The Jogiyaar music forms the core. That gives the performance the name Jogiyaar Mahabharat. In the midst of the musical performance, Deu Khan gets onto the stage with two Kartaals in hand. Facing the narrators and singers, he plays a jugalbandi with each instrumentalist in the style of the modern conductor. His inimitable style has vigorous dancing steps in tune with the music and its rhythm. Not only the whole stage but also the full auditorium with the viewers in an exceptionally responsive mood springs to life. Every instrumentalist is at his joyous best. 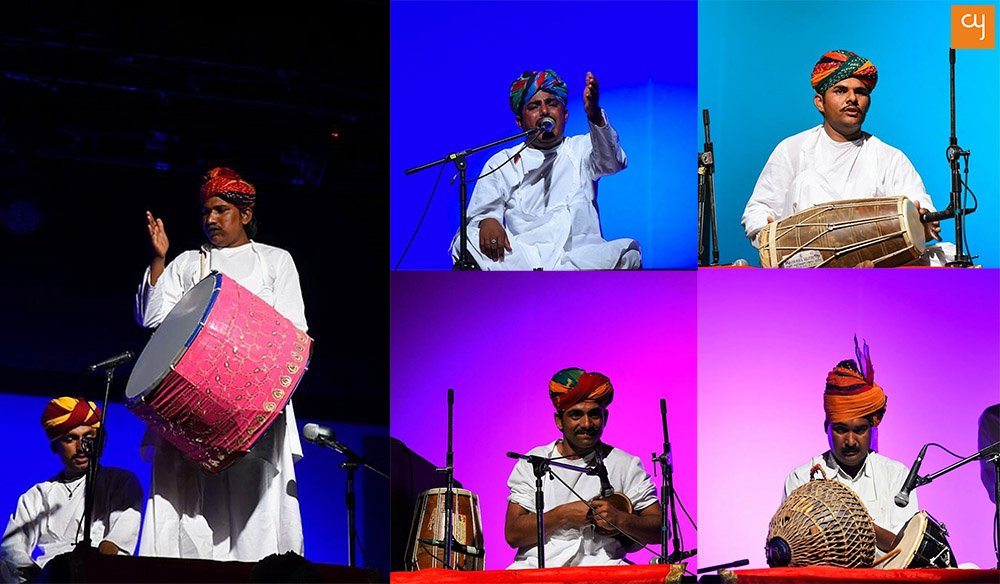 Here every viewer singly and as a group is one with the delectable ambience artistically created. Even those who cannot sing and dance, including this writer, wishes to get up and emulate the spirit of Deu Khan. That prompts him to turn to the viewers and there is a jugalbandi of a rare kind. The audience like a man spontaneously responds to the rhythm on his Kartaal. These were rare moments of the line between the viewer and the performer getting obliterated. In my long association with theatre, never have I witnessed and been part of such magic of it. The concluding songs of both kinds sum up the lesson the collective public consciousness has drawn : A battle of such a magnitude could have been avoided but for the arrogance and vanity on both the sides.

This is the wizardry of director Dinesh Yadav of Swayambhu Foundation (Alwar, Rajasthan), a gifted unassuming man with a rare combination of a researcher’s and an artist’s temperament who has taken it upon himself to demonstrate the vigour of a traditional performing art style and try to preserve it.