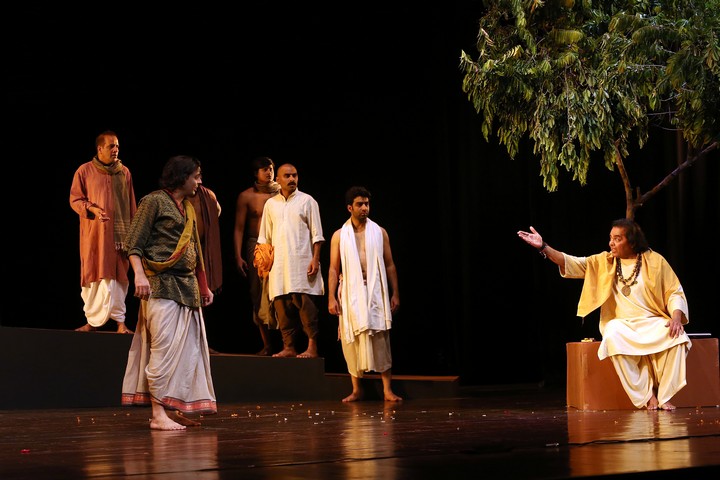 Getting people to laugh with tasteless dialogue is the vulgarized theatre popular in perhaps all languages today at least in India. The function of theatre is not to entertain the audience cheaply, yenakena prakaarena. Theatre has a function, light or serious. Even where it entertains, it remains within bounds of aesthetic considerations. At a serious level, it engages the mind. It needs to do so good-humouredly because there is a cross-section of people in the audience and they are at a theatre, not at a village square or drawing-room.

Bhanu Bharati’s Tamasha Na Hua on Day Six of the Theatre Olympics in Ahmedabad engages attention of the educated at a pretty elevated level.  At the rehearsal of a play, Rabindranath Tagore’s Jaldhaara, occasional asides and arguments on idealism and realism lead to a debate on related larger issues. The scope of the debate so widens that they turn to considering convergence and divergence between the views of Tagore and Gandhi, among the best minds this country has produced, as also narrow personal/‘national’ interests and concern for other human beings and machines versus nature. The focus also turns to the complex issue of individual freedom in a developing society, so-called. 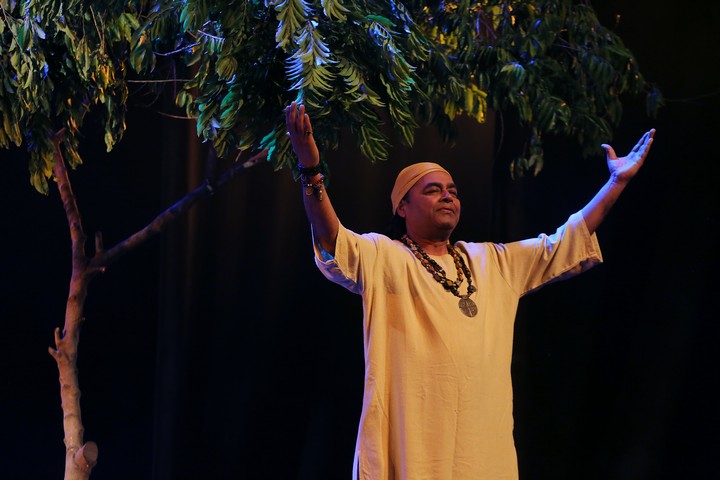 The Director of the play within the play, who plays the character of Dhananjay Bairagi, emerges as a character towering over the rest. Ravi Khanvilkar portrays the character with significant voice modulation and controlled action besides personal conviction.  Bairagi uses, of course on borrowing it from Gandhi, the image of a miller’s bullock going round and round to suggest the illusion of progress in society in the modern world. For another illusion, that of individual freedom, he uses the image of a puppet walking on a string. Built into the play written by Bhanu Bharti are such flashes of connotation. Tagore’s play, perhaps his best, stands out in its suggestive power and remains of interest to the mankind.

Muktadhara celebrates Gandhi’s rejection of machines. The King of Uttarakut has undertaken a project to get a dam built across the river Muktadhara to deny water to Shivtarai, a neighbouring state. Vibhuti is the royal engineer. The gigantic machine brought for the purpose significantly overshadows the temple of Shiva, neither of them seen in Tamasha Na Hua. What is seen and heard is a hot debate between most of the rehearsing actors led by engineer Vibhuti and their Director, who is playing Bairagi. All actors look individualized in a small way in the context. Nalini Joshi’s costumes turn them all into members of a Bengali society. 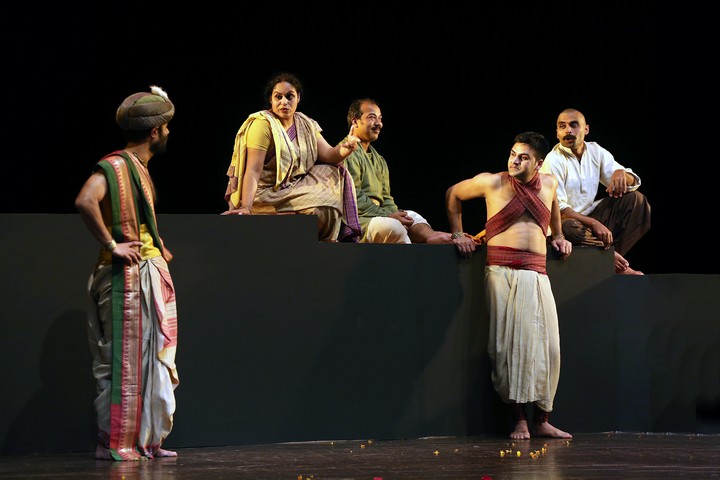 The discussion is balanced and the facts cited suggest playwright Bhanu Bharati’s modest research. The veteran director of Aaj Theatre Company, Delhi, re-visits here Tagore’s, and incidentally part of Gandhi’s ideology in the context of the ‘modern tumultuous times’. At a time when there is a great churning in the country and elsewhere, public awareness regarding certain basic values is necessary among the educated. Theatre of this kind can dependably become a medium to spread awareness among (with apologies) ‘padhe anapadh’.