In Samvedna's art experience the spiritual essence of Banaras 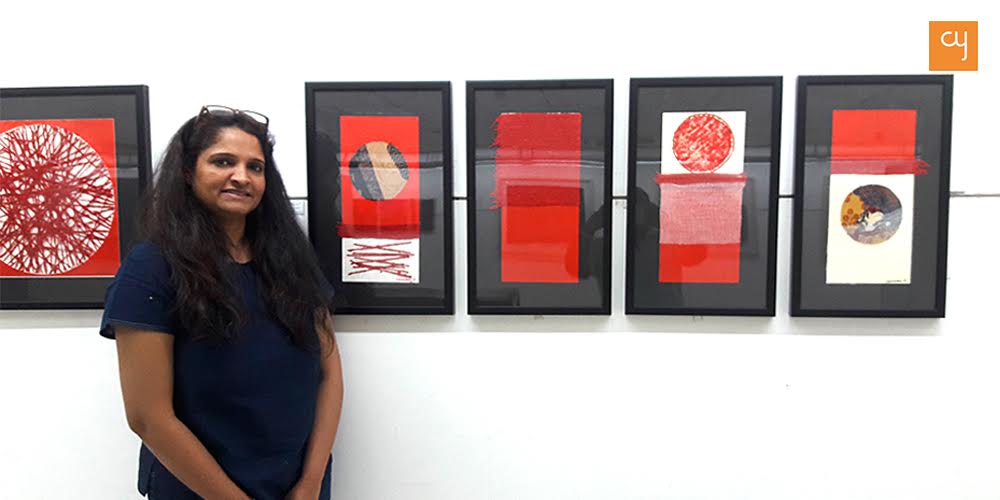 As some would know for sure and we have said before, Banaras for many in the creative fraternity remains a dominant draw, an inspiring force and thereby a recurring theme too. Look at it as an ancient centre of overall excellence, associate it with Bhartendu Harish Chandra who pioneered the modern Hindi literature or with Mahamana Madan Mohan Malviya, who founded the Banaras Hindu University for regaining the region’s academic brilliance; or recall Bismillah Khan the Shehnai legend or many others who have added to the multifarious yet illustrious traditions of learning and creating in the city, or because of the city, from times immemorial.

The city’s myriad imagery and the multifaceted local milieu of cuisine and textiles, all beckon the seekers of art forms, the verbal and the nonverbal, to come, have a dip in the perpetual river of boundless creativity and find their own gems!

Samvedana Vaish is one among a few from our own flock of artists in Amdavad who finds a fountainhead of creative impulses in the city that help her move forward on her own creative journey. Inspired thus through her many visits beginning 2011, she has dedicated her latest solo show to Banaras, nay Kashi, the city of Lord Shiva. Titled “Banaras, The Presence Within,” this show began on Saturday, March 02 at Ravishankar Raval Kala Bhavan; and by some divine coincidence has run through the day of Mahashivratri, even as it sums up the ethos at work in the heart and mind of the artist. 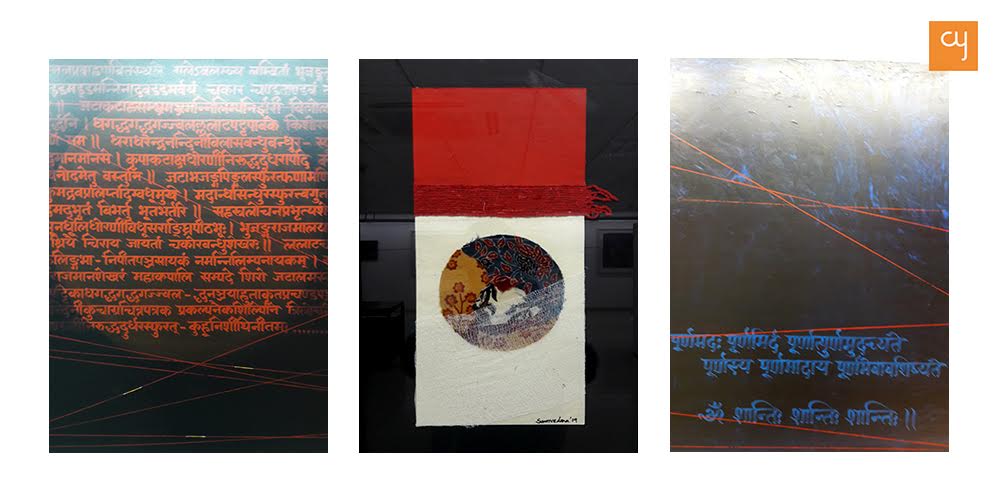 Obviously then, Samvedana‘s twenty-seven works on display portray the sundry facets of the imagery of the spiritual city right from its majestic views of the Ghats, the typical canopies occupied by priests and their yajmans; the grand spectacle of aarati at dusk time, complete with the swirling holy fires in the multi-lamps, the elevating chants of hymns and much more than these familiar images! Actually, says Samvedana, “there is so much in Banaras that you can’t put it in words; but it starts living within you, hence the recourse to the visual and yet you are never done. You go almost every year, bring more, create even more, and the enriching cycle goes on!”

With two degrees in commercial art and fine arts in her profile, Samvedana has been creating art for well over 15 years now and the finesse in her works shows that long-standing riyaz with the brush and the palette. As for Banaras, she has been focused on the theme for well over six years now. In her approach to the series, a prologue to the show informs, she chooses bright colours like red and orange to show the spiritual essence of life here and dark hues in blue and black for portraying the vastness and depth of Banaras.

Mostly done in mixed media on handmade paper the works become a testimony to the outpouring of the artist’s inner recesses in various modes; sometimes in geometrical forms, including some kind of ‘bindu’, on others as silvery linear patterns which you tend to associate with the flow of the Ganga’s constant stream, now regaining its shiny gleam with every passing day of the Namami Gange project; the crisscross of holy threads in mixed media or in paint that as per the belief, secure the human life; and many more patterns that reflect the hazy and blurred cityscape, or other views. 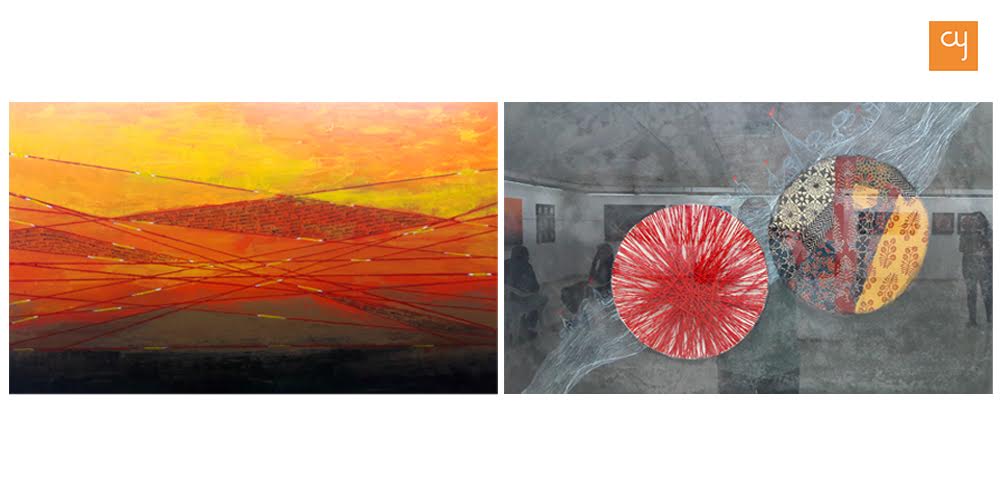 Well to share some numbers, there are 19 works in mixed media and 8 in acrylic on canvas all titled Banaras 1 to 27. While one of the works that stand out is a set of nine square plates, another is a huge one depicting a part of the Shiv Tandav Strotam in red and orange hues. There are others works that also draw on shlokas and one, in the end, reads the Mahamrityunjay Jaap. The calligraphic text on these works has been rendered by Samvedana herself. On the other side of the spectrum, Samvedana shows a work that has been inspired by the vivid memories of the physical environment of the city – her encounter to the foggy, chilly but mystical weather of the city during a winter visit!