Aged men sit and type documents on typewriters in front of Bhadra City Civil and Session Court, in a sight that is faintly touching. Recalling the age-old epoch when typewriting was an eventful occupation, and not just a fascination for budding writers is Rinu Johnson’s Street Typists series. In the Street Barbers series of Parth Mehta, the client in the frames receives services from his hairdresser, with this intimate contact being stirringly emotive. 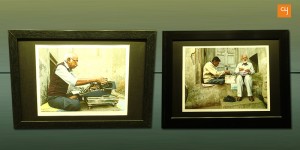 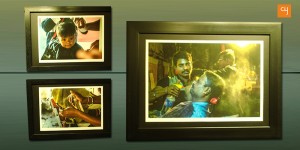 A group of young designer brains, alien to Ahmedabad, roamed far-flung areas of the city interacting with working professionals as they laboured away; professionals who generate livelihood for their families with their hands. What has resulted from these interactions is a photo-documentation series that records the efforts of skilful hands in a society where brains are rewarded far more, where hands may soon be swapped in favour of technologically advanced machines.

The photographs are exhibited in Work, an exhibition at the Satya Art Gallery, which is open till February 11, every day from 12 pm to 9 pm (except Mondays). To know more about the photographic process, get involved in a candid conversation with the students of the Centre for Environmental Planning and Technology there. They are tutees of veteran cinematographer Navroze Contractor, who has been sharing his vocation as visiting faculty for photography at CEPT University since 1974. All the snaps have been clicked during the 21-days-long Winter School Workshop 2017. Inaugurated on February 6 in the presence of the director of CEPT University, Bimal Patel, and various experienced photographers from the city, the exhibition showcases a total of 60 photographs taken by 15 students, all of whom are pursuing their Masters in Architecture from the institute. 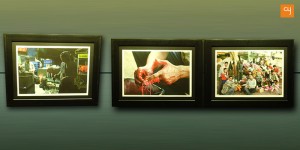 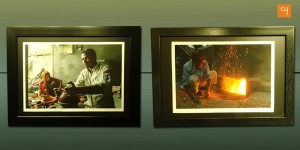 Navroze Contractor, who is a time-honoured and virtuoso lensman, has contributed his cinematography skills in films like Mani Kaul’s Duvidha, Hun Hunshi Hunshilal and various others. When we asked him how he felt about this batch and how he selected the most suitable learners from an institute that has hundreds of students, he replied, “I think it was them who chose me as a mentor. The motto of my workshop is to help students become interactive with their subject, to break the ice with them, to dedicate time to understand the pedagogy of maestro photographers and to build a photojournalistic approach in their aesthetics.”

Each student has exhibited four photographs on a chosen topic, depicting how the subject actively uses his hands in his daily routine. Subjects selected by the students range from street barbers to metal workers, porters to women construction labourers. Their subjects’ contexts were often demanding in terms of mental effort, patience and energy. In the Tea Seller photographs of Dipen Shahjaramani, for instance, where he shoots the ‘cutting culture of Ahmedabad’, I could envisage how difficult it would have been to shoot in a narrow tea-vending shop, where the hustle and bustle of customers is constant. 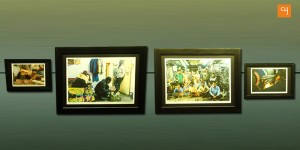 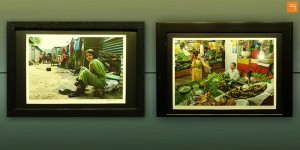 Vishesh Mistry’s Carpenter series suggests how important it is for someone to work at ground zero. An architect can’t execute what a carpenter can, and a civil engineer can’t perform what a construction labourer can. This is also well documented in Rushika Khanna’s Women Construction Labourers series. These workers are mostly outsiders who have made Ahmedabad their home. In fact, this seems to be the only thing that is common between the photographers and them.

When Aditi Sharma was interacting with Metal Workers, she realised how tough it must be for them to survive in conditions where death is just one wrong step away. The exhibition looks much beyond the city’s ‘heritage’ aspect. Though all of these students hail from an architectural background, no one has chosen to specifically capture the edifices of Ahmedabad. A viewer might find himself contemplating how ineffective the tag of ‘World Heritage City‘ has proved to be in a labourer’s milieu. 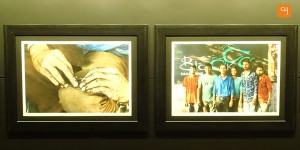 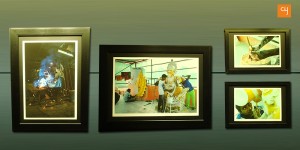 You may find a few photographs that are not idyllic, but this exhibition is in the spirit of appreciating the practising journey of these aspiring photographers. It is inspiring to see how diligently they are working to become the dexterous lens men of the future. If you are looking for motivation to direct your lens towards some street photography, this exhibition is for you! 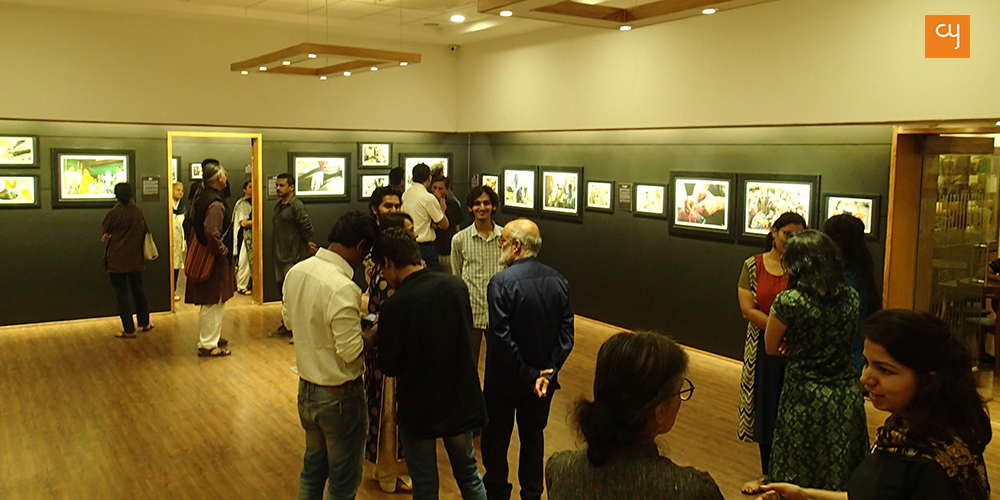