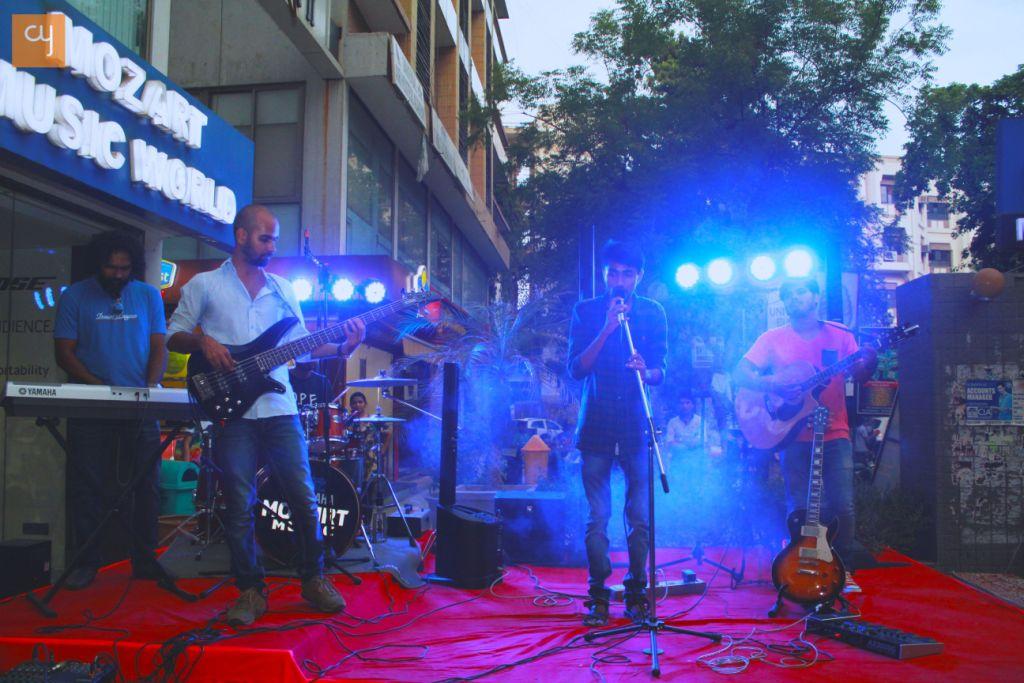 Rolling drums and striking cymbals, the hazy smoke over the stage was making the band’s feet go numb. Tuning guitars, testing mics and rising Rock fever in audience is a typical Mozart Music World Scenario. 11th June, Saturday was an evening well spent at the live Jamming concert over the corner street off CG Road at Mozart Music World. Music enthusiasts head banging in front of the stage is a very uncommon scenario at Ahmedabad, but the rockers of Mozart made them do it vigorously. 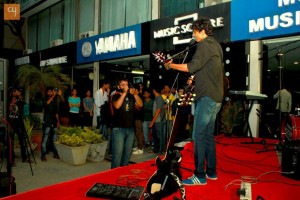 Various pre-registered individual artists, rock bands and informal groups came forward as grooving performers during the event. The glimmering stage lights and the super-loud setup caught more than 100 people as audience. Genres discrepancy made the event more pleasant for the crowd as the performers served with varied taste of music, being it Sufi, Hard Metal, Soft Rock, Folk, Pop, Hip-hop or a Bollywood single, the show was flowing like a river. Team Creative Yatra (CY) always makes sure to avoid the main stream spotlighted events and rather promote the recitalists who truly need a platform and an accolade for their contribution towards the creative field. And here team CY truly recommends Mozart with double thumbs up for this concert, as they gave stage to the talented but hidden recitalists. The list of contributors was as following: 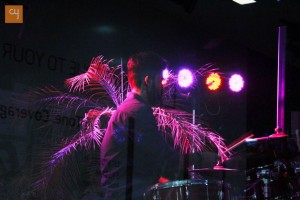 The city needs this type of events occurring more often so that more and more music can be explored from each and every corner around us.