You can relax and enjoy the Ultimate Tour Concert by Bryan Adams as nearly the whole show is now a seated affair for Amdavadis!

Amdavadis love to leisurely celebrate their festivals. Even when a group of people are dancing the Garba in Navratri, many others prefer to lay back on their comfortable chairs while watching others dance. Perhaps realising this attitude of Amdavadi audiences – of seeking comfort while being entertained –  the organisers of Bryan Adams: The Ultimate Tour Concert have changed the concert arrangement into a full-fledged seated one, well nearly. Six out its nine ticket sections are now seated. The organisers shared with us, that this is an unprecedented move in the history of Bryan Adams’ global concerts. However the International rock star decided to oblige his Gujarati fans by accepting this cultural demand.

The life-sized Ultimate Tour Concert of the Canadian singer, which has travelled to more than 46 cities so far, will be headed to 5 cities in India. Only Ahmedabad will be having a seated concert, however! Audiences here can relax into the melodies of Bryan Adams. Tap your feet, clap and cheer along as you enjoy some excellent food while watching the show seated! 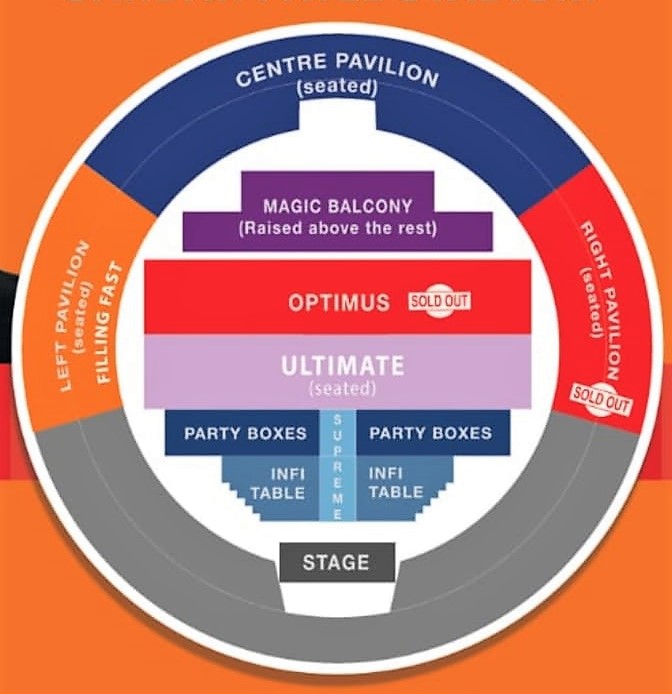 Born in 1959, Bryan Adams gained popularity after his 1983 album Cuts Like a Knife became a massive hit. This means there many elderly people have also been waiting to listen to Bryan Adams since decades. The seating decision will be extremely beneficial for these audiences, who can now listen to the songs of their favourite artist comfortably and be engulfed in the nostalgia of the Summer of 69.

Arranged at the Sardar Patel Stadium on October 9, Tuesday, The Bryan Adams Ultimate Tour will feature some of Adams’ most ultimate compositions including Summer of 69, Run to You, Everything I Do, 18 Till I Die, and a lot more. There’s also a dedicated ‘Supreme’ section for rock concert enthusiasts who prefer to stand and enjoy the musical night. Rest of the attendees can sit and head-bang to Adams’ tunes!