The second part of KM Munshi’s famous ‘Patan trilogy’, a series full of political intrigue and romance, is now out in English for global audiences.

Authors Rita and Abhijit Kothari have taken on the challenging task of translating one of the most famous works by a Gujarati writer into English. KM Munshi’s ‘Patan trilogy’ earned him a name as the father of the ‘historical novel’ in Gujarat. As an associate of Mahatma Gandhi and activist during the time of the Indian independence movement, Kanaiyalal Maneklal Munshi, was greatly involved in the world of politics and brought that understanding into his novels. On August 8, his legacy was revived at the Ahmedabad University Bookstore as the Kotharis unravelled their second translated work in the Patan trilogy, The Lord and Master of Gujarat.

The evening unfolded with a panel discussion about the Patan trilogy, between authors Rita and Abhijit Kothari, Dr Patrick French, who is Dean of the School of Arts and Sciences at Ahmedabad University, and Pratishtha Pandya, a senior lecturer who is studying the relationship between literature, culture, education and society in contemporary India. Rita Kothari is a theoretician in translation studies and teaches at IIT-Gandhinagar, while businessman Abhijit Kothari combines sociology and management in his research. 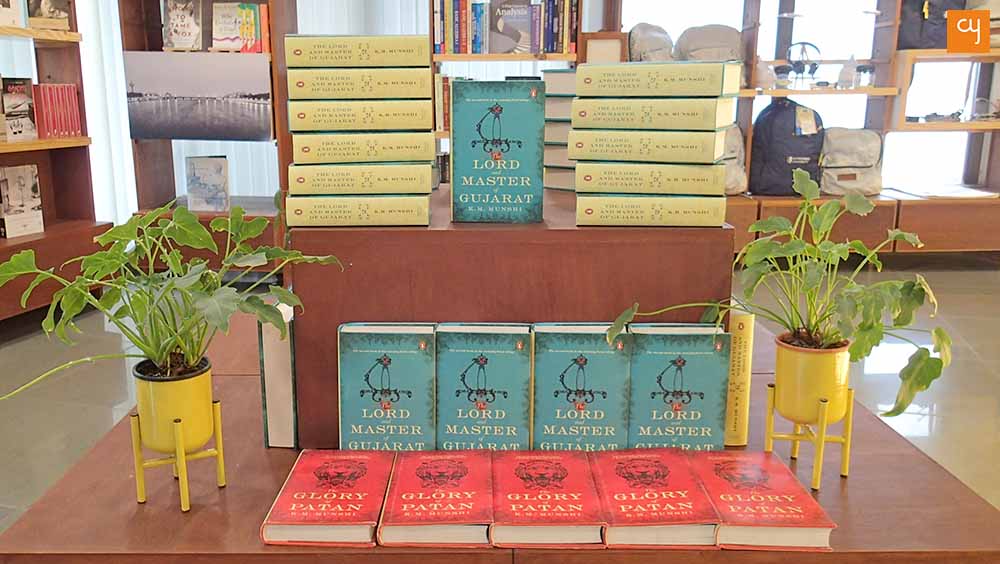 The 520-page epic work of historical fiction has been published by Penguin Random House India Pvt Ltd. It is a translation of Munshi’s novel Gujarat-no-Nath, which is the second volume in the Patan trilogy. Munshi’s first book in the series, called Patan-ni-Prabhuta, was originally published in 1916, and was translated into The Glory of Patan by the Kotharis last year.

The historical saga is one of the most respectable epics to have been written in the Gujarati language, till date. Transporting readers back to the era of the Chalukya dynasty, the heroic tale begins with the city of Patan being under attack. With the arrival of a young warrior called Kaak, a series of events is triggered off. The novel follows the patriotic politician Munjal Mehta, the Queen of Patan, Minaldevi, and her son Jaysinh who is being trained to rise as King. The book enthralls with its mix of romance and twist of politics.

The Kothari couple explained, “While interpreting it in English, we made sure that the essence and catharsis of words are not lost in the process. Since it has now become part of language that is understood by the masses (English), Munshi will be consumed by global literature lovers easily.” The Kotharis believe The Lord and Master of Gujarat is grander than any other book in the series.

KM Munshi’s third saga Rajadhiraj, which will be translated as The King of Kings by Rita and Abhijit Kothari, is expected to release in May 2019.