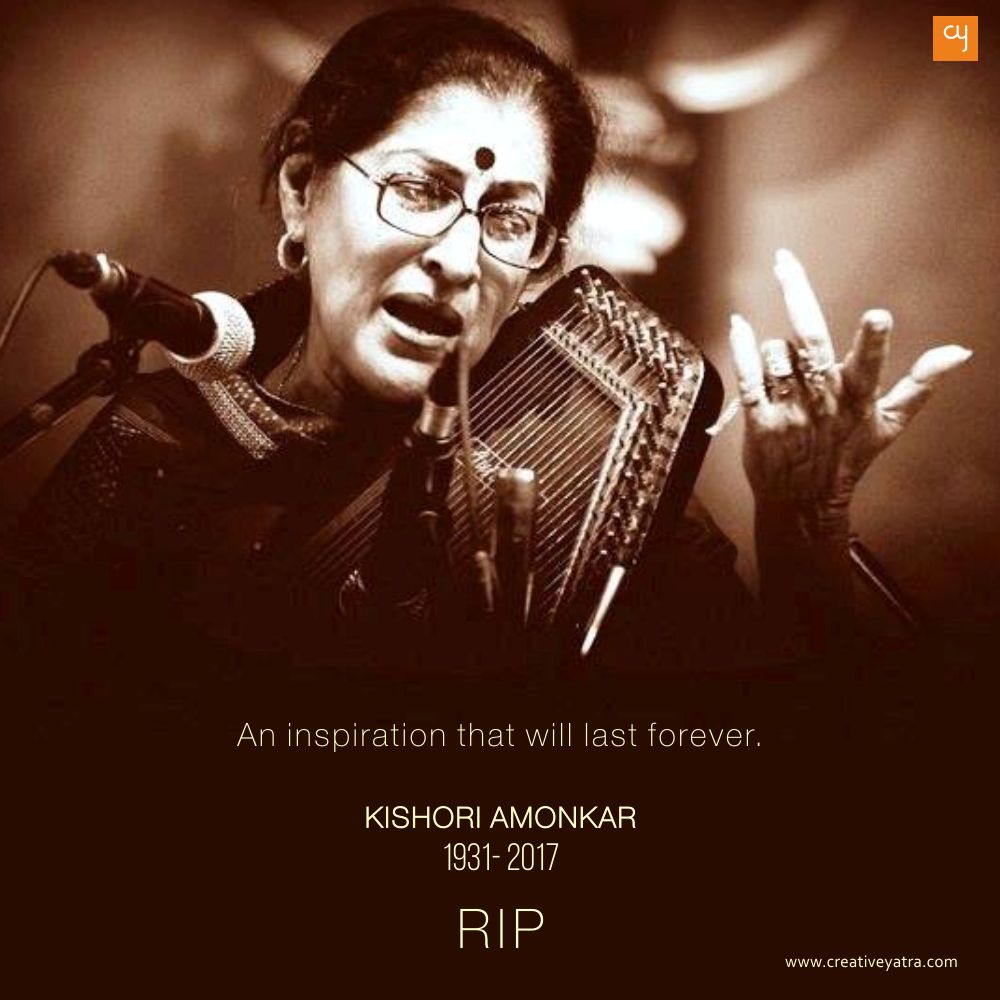 A week before her 85th birthday, on April 3rd,2017, the ‘Gaan-Saraswati’ of India Kishori Amonkar has left for the heavenly abode. The Padma Vibhushan recipient, a pioneer in Hindustani classical vocals. Amonkar was renowned for her influence in redefining singing in Jaipur Gharana.

Kishori Amonkar’s early training in music began with lessons from Mogubai Kurdikar, her mother. She later undertook tutelage from many great teachers belonging of various schools (gharanas) of Indian music Anwar Hussain Khan of Agra Gharana, Sharadchandra Arolkar of Gwalior Gharana, and Balkrishnabuwa Parwatkar. This experience of learning from teachers of multiple backgrounds enhanced her vision deeply which eventually led to the innovation she brought about in the Jaipur Gharana. She pioneered the thought of music transcending the Gharana which is aptly summed up by the legend herself in these words

“There is nothing called a gharana. There is only music. It has been bound in these gharanas and that is like dividing music into specific castes. One should not teach the students the limits of this art. There are none. But one has to understand the grammar. Which is why, one is taught the alankaar, the ragas.”

Amonkar practised in genre Khayal, thumri and bhajan and has been honoured with esteemed accolades including the Rashtrapati Award, Sangeet Natak Akademi Award and Sangeet Samragni Award for her contribution to classical music.

Influential beings from diverse sectors paid their homage to Kishori Amonkar in these words:

The works of Kishori Amonkar will always remain popular among people for years to come. https://t.co/iGFxmy8Mlj

Demise of Kishori Amonkar is an irreparable loss to Indian classical music. Deeply pained by her demise. May her soul rest in peace.

Saddened by the passing of #KishoriAmonkar ji. India lost a great artist. RIP