Garvi Gujarat Bhavan, the newly constructed subsidiary of the pre-existing Gujarat Bhavan in Delhi, was inaugurated on September 2nd by Prime Minister Narendra Modi. Here are a few interesting facts about it. 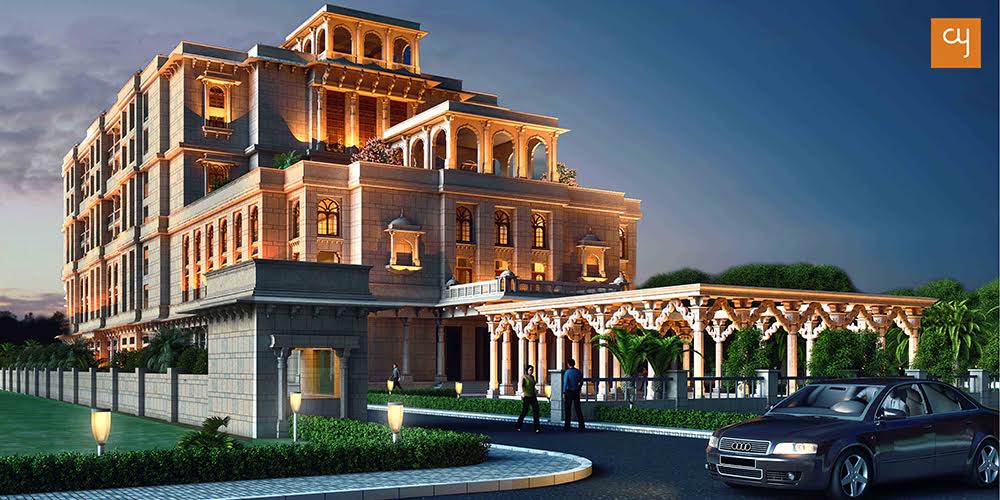 An additional unit of Gujarat Bhavan, the Garvi Gujarat Bhavan was inaugurated by Prime Minister Narendra Modi on September 2nd in New Delhi. Competing with the elite five-star hotels in the city, the new Bhavan is a magnificent combination of elegant and traditional architecture with an eco-friendly construction. The state government had organised a ‘Brand Gujarat’ event at Vigyan Bhavan to commemorate the inauguration. PM Modi stated in his speech at Vigyan Bhavan, “Even though the Bhavan is a model of mini-Gujarat, it also represents the idea of a New-India where we integrate our cultural heritage and traditions with modernity. We want to touch the sky while remaining rooted”.

Located in the heart of Delhi, the Garvi Gujarat Sadan will further popularise aspects of Gujarat’s glorious culture! This Sadan has been completed before time and is an eco-friendly building too.

Had the honour of inaugurating it today. Sharing some glimpses. pic.twitter.com/RNRq6BlVsb

Let’s check out a few interesting facts about the facility:

The architecture of Gujarat Bhavan is grandly designed by Design Associates Inc. The facility is fashioned keeping in mind the classical Gujarati architecture, featuring stone chattris, palkees, jharokas, stone jaali, colonnades, verandahs, chowk [courtyard], and the most necessary element of a Gujarati household, hinchko (a swing).

The interior of the facility is embellished with patola patterns, kutcha embroidery and intricate lippan works. It also has a restaurant that serves authentic Gujarati thali to non-bhavan residents, a public dining hall, a business centre, a multipurpose hall, a conference hall, four lounges, a gymnasium, a yoga centre, a terrace garden, a library and a souvenir shop.

In an elaborate explanation about the design, Design Associates spoke about the plan for making Garvi Gujarat Bhavan a green building and incorporating energy-saving measures:

“Day light-enhancing features have been used extensively to light up main entrance lobby area and all the corridors leading to guest rooms through covered atrium (lightweight)…Overall the parking has been catered in large parking basements under the building block with minimal parking on the surface thus creating more space for landscaping and greens.”

That’s right. The construction of Gujarat Bhavan was entrusted to NBCC India Ltd. and the project commenced on October 10th, 2017. It took 21 months to complete the building which was three months before the deadline. Therefore, unlike many other construction projects, Garvi Gujarat project has set new standards of construction and work discipline for our country.

The Times of India, in a report, compared the cost of construction and the sanctioned cost. According to the report, the sanctioned budget for the construction was Rs. 131.82 crores but after the cost estimations, the total amount spent came out to be Rs. 126.82 crores. This could be marked as a small win.

Available for all Gujaratis

Unlike previous Bhavans, Garvi Gujarat happily welcomes all the Gujaratis to its abode and assures them a homely stay. The facility will also work on promoting artisans of Gujarat. Soon, Garvi Gujarat will become a mini-Gujarat in Delhi.