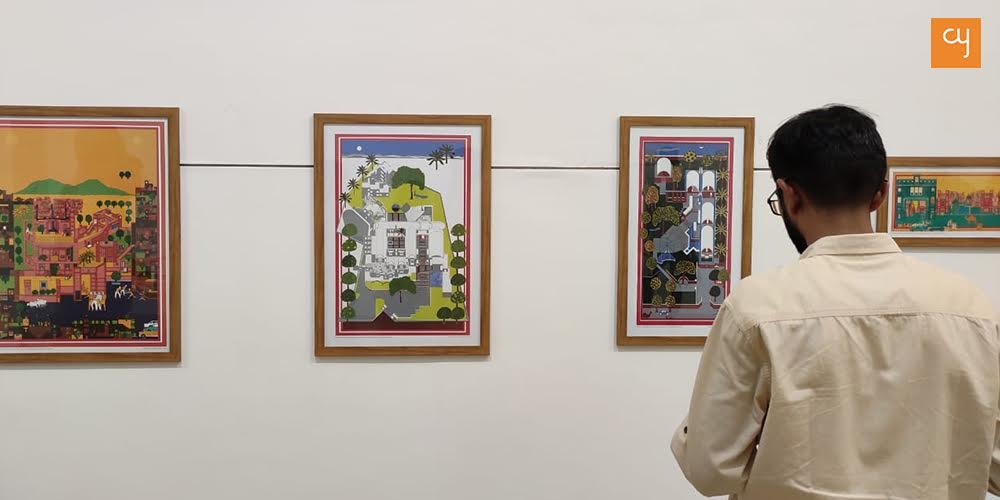 The exhibition of BV box by noted photographer Dayanita Singh along with prints of miniature drawings by Pritzker laureate BV Doshi opened to a thunderous response. With all the who’s who of Ahmedabad’s art, culture and architecture community being present there, the inaugural was definitely among the most visited show of recent past in Ahmedabad. The show opened on August 26 2019 at 6 PM at Kanoria Centre for Arts Gallery

The day also being Doshi’s 92nd birthday added to the charm of the event. The air at the inauguration was charming, well aided by the engaging and illustrious audience. Dayanita Singh and BV Doshi, both were continuously swamped by their admirers in the same way that rockstars are swamped by their fans. This was quite a sight. 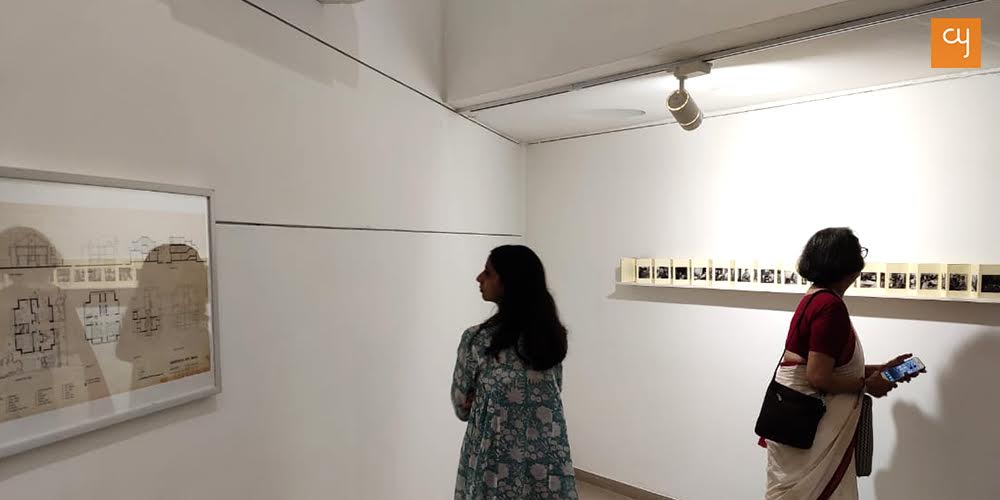 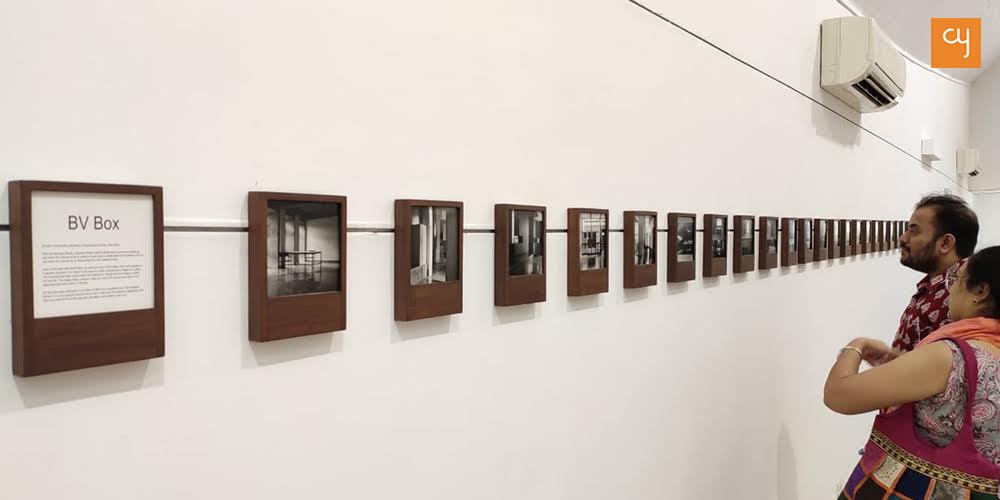 In an unusual, but striking way, unlike other photographers, Singh gives lot of importance to sequencing of images. Singh has always worked with book as a medium  to share her work, which has evolved further into a box format, wherein a series of unbound photographs can be displayed and sequenced distinctly. The BV Box is fourth in  the series of similarly structured shows by Singh. The BV box which, as described by the artist, is an unbound book with 30 image cards in a wooden structure. But one can easily see it as a portable exhibit in itself. The image cards are mesmerising photographs clicked by Singh, for various various projects designed by Doshi. Each photograph is a poetry of light and shadows and can keep one engaged for elongated periods.

Along with this, also on display was Box of Shedding, the third publication of such kind by the artist with the BV box being the fourth. And also exhibited were photographs from Kamala House, the residence of Doshi. 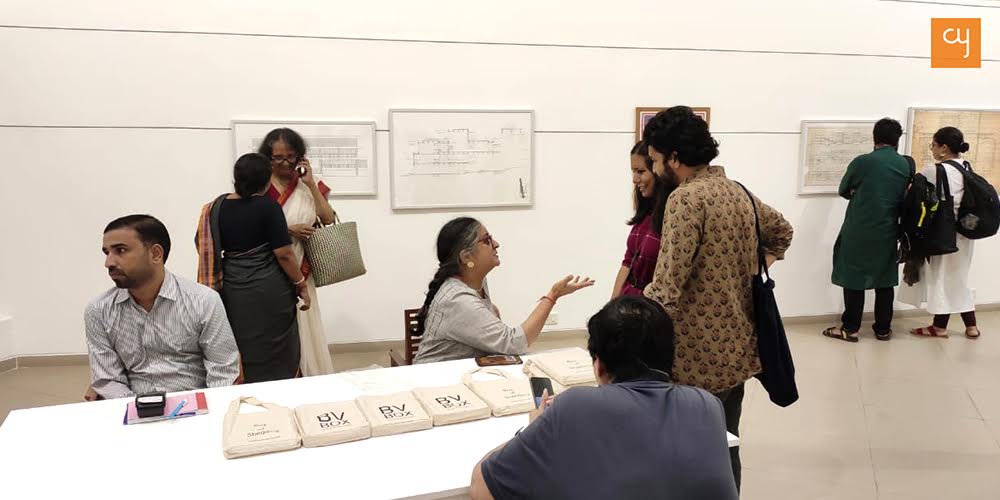 If this was not enough, exhibition showcased limited edition prints of miniature drawings done by Doshi himself along with architectural drawings of many of his famous projects including CEPT and IIM, Bangalore.

Both, the BV box and the limited edition miniature prints are also available for sale at the gallery but only till the exhibition lasts, which is till 28th August. It will be open today and tomorrow from 11 am to 7 pm. If you haven’t been there yet, make sure you catch it in time. 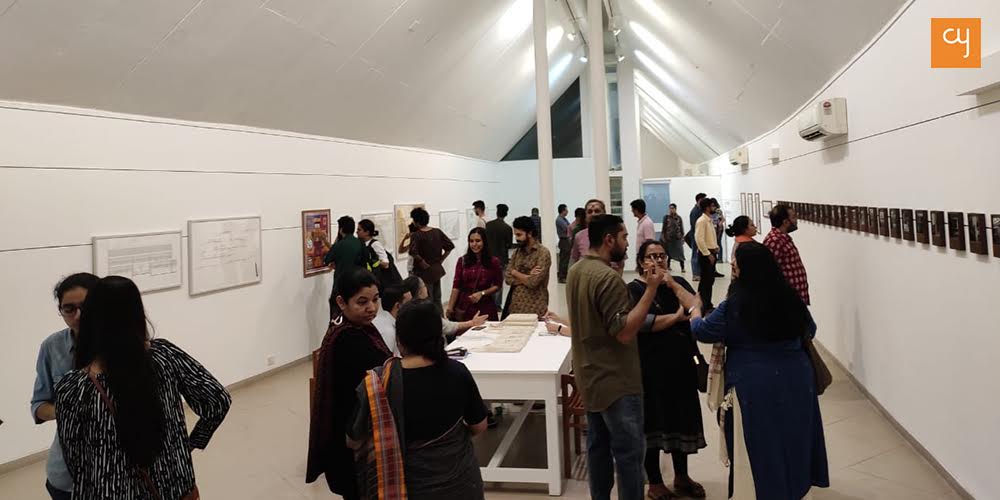