For those who missed the Broadway musical ‘Disaster!’, this is the show’s last week. Musician Josh Ritter is coming to town, and kids can celebrate the world of comics in Imagi-Con 2018. Theatre mongers would also not want to miss the murderous thriller ‘Lizzie’. 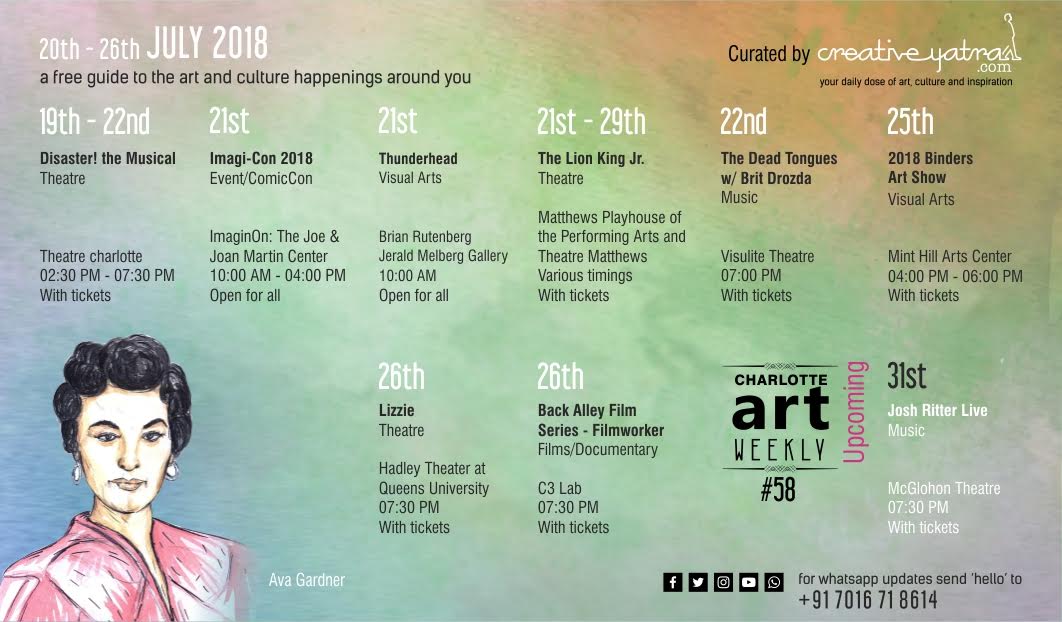 Theatre mongers of Charlotte have their plates full this week! The Broadway musical Disaster! continues to play in its last week, while a rock thriller called Lizzie explores the infamous New England axe murders of 1892. For a lighter evening, take your kids along to watch Lion King Jr. Or take them to a library festival that celebrates the culture of comic art.

A host of musicians are coming to town – The Dead Tongues, Brit Drozda and Josh Ritter. Relish some art at the 2018 Binders Art Show, or drop by at renowned abstract artist Brian Rutenberg’s seventh solo show called Thunderhead. Also in the pipeline is a screening of Filmworker, a movie that unravels the untold tale of actor Leon Vitali who stepped back from his promising career to help Stanley Kubrick create his legacy.

American actress and songster Ava Gardner is the inspiration for our 58th Charlotte Art Weekly. Born in 1922 in Grabtown, NC, Gardner gained attention after performing the lead role in The Killers. She has been nominated several times at the Academy Awards, Golden Globe Awards, and BAFTA Awards for her fantastic performances. Listed amongst the 25 Greatest Female Stars of Classic Hollywood Cinema by the American Film Institute, Gardner was involved in various high profile films until 1970. These include films like The Night of the Iguana, The Hucksters, Show Boat, Pandora and the Flying Dutchman, Bhowani Junction and On the Beach. 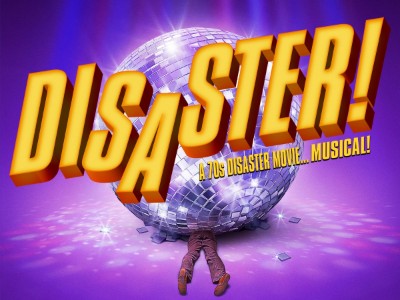 This Broadway musical pays a comedic tribute to the 1970s’ genre of disaster films. It features classic songs from the decade, like Knock on Wood, Hooked on a Feeling, Sky High, I Am Woman and Hot Stuff. 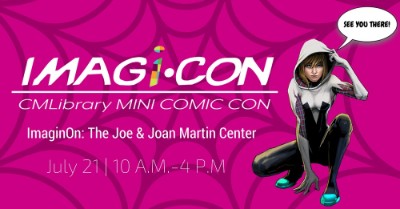 This library festival highlights the culture of comic books, graphic novels, manga, anime, fandoms and gaming. Attend workshops and learn about opportunities in the industry. It’s especially for children under 18 and their families. 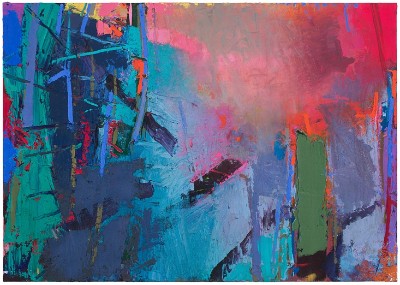 Abstract artist Brian Rutenberg brings his seventh solo exhibition of oil paintings on linen and paper, inspired by the landscapes of the South Carolina Low Country.

Take your kids or grandkids along to see tales of the African savannah brought to life on stage by characters like Simba and Rafiki, in this much-loved jungle epic.

Matthews Playhouse of the Performing Arts and Theatre Matthews 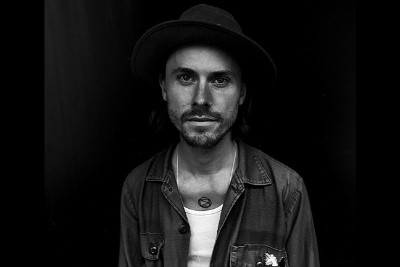 Ryan Gustafson, the singer-songwriter in the band The Dead Tongues, will be performing alongside folk-rock artist Brit Drozda. 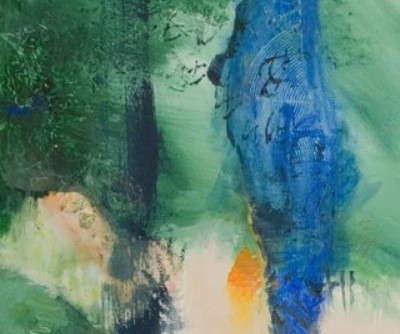 Mint Hill Arts’ sixth annual art show is up. The submitted works have been on display for two months. Catch sight of them before they’re taken down! 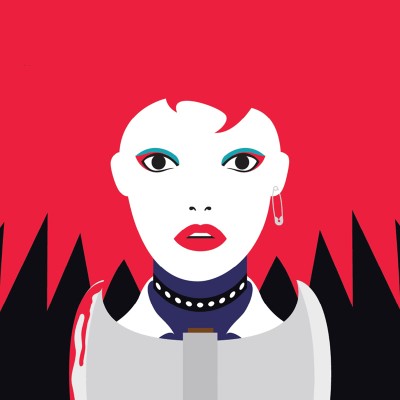 Lizzie is based on the 1892 axe murders in which Lizzie Borden was tried for purportedly killing her father and stepmother. The thriller play features four female artists and a rock score performed by an all-female band. 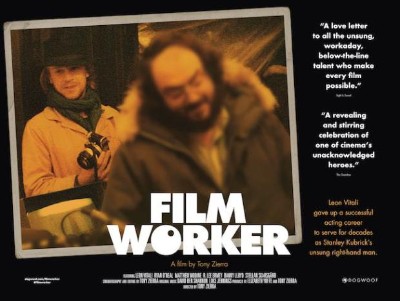 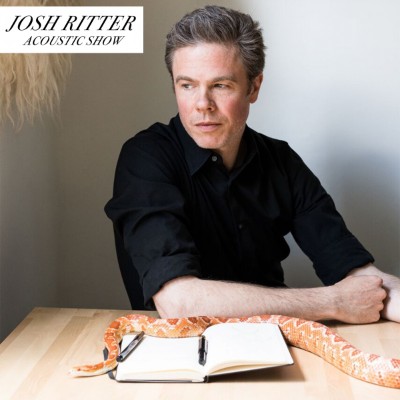 Paste magazine called Josh Ritter one of the “100 Greatest Living Songwriters” in 2006. Lauded for his Americana style and narrative lyrics, Ritter is coming to Charlotte to play you some folk, alternative country and rock.

It’s set to be an inspiring week in Charlotte NC, between 20th to 26th July. Be sure not to miss out on these creative happenings!