Ahmedabad based Wagh Bakri group celebrate their 100th year in business by inaugurating a lavish, two-storey tea lounge in Ahmedabad. The outlet, their 13th in India will serve over 130 types of national and international teas, alongside they plan to use the lounge for music and literature sessions to create a vibrant space for tea lovers. 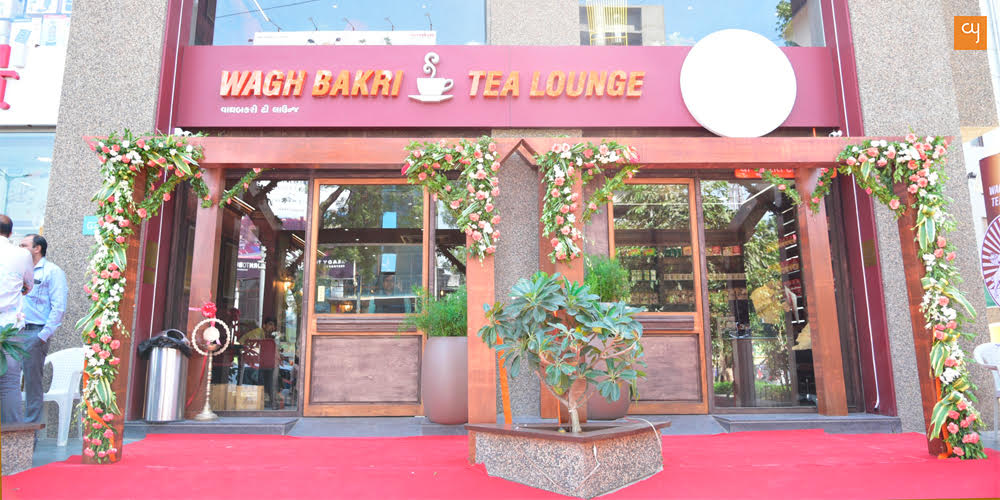 Wagh Bakri, literally translated as Tiger-Goat, is a household tea brand in Gujarat. Known for its unique taste that merges the aspects of stimulating capacity and subtle flavour of tea, has been known to satiate the Gujarati taste buds since decades. Gujarat is a population that swears by their tea and are extremely resistant in adapting to new tastes, as far as Tea is concerned. Decades back, Wagh Bakri, had a humble beginning, but today it enjoys undisputed market presence in Gujarat, Rajasthan, Madhya Pradesh, Maharashtra, Delhi, Hyderabad, Chhattisgarh, and Western Uttar Pradesh & Goa and has recently forayed in to Punjab and Karnataka. Founded by Narayan Desai, a staunch Gandhian, upon his return to India from South Africa. Desai had been a tea planter since 1892 and was acknowledged by Mahatma Gandhi for his honesty. The company believes in ideals of co-existence and peace, and that is what their iconic emblem suggests – serving a cup of tea which can bring together even a tiger and goat.

To adapt themselves to the needs of millenials, the brand, historically perceived to be traditional, took new strides and forayed into Tea lounge business. The 1st Waghbakri Tea Lounge, located in the posh suburb of Ahmedabad, opened in the year 2007. This was followed up by 11 other outlets in various other cities of India.

The Ahmedabad based multimillion tea manufacturing corporation is celebrating 100 years in business and chose to give their home city one of their most ambitious Tea Lounge. On October 24, 2018 the group inaugurated their 13th outlet, second in the city, which is their largest and grandest outlet till date. Located on Old Sharda Mandir Crossroads, the two-storey lounge is a welcome addition to the burgeoning lounge culture in the city. The 2500 sqft lounge can seat approximately 90 people, and it has been designed to match up to international standards of design. The lounge will serve almost eighty variety of international and domestic teas. The dedicated ‘Gourmet Tea Corner’ named as ‘Te Tresor’ will serve 50 exotic teas. Tea lovers look for complimenting snacks to go along with their teas. Aware of this fact, the menu at Wagh Bakri Tea Lounge offers a range over 100 delicacies to choose from. The inauguration took place in the presence of Waghbakri Tea Group’s senior management including Group Chairman Piyush Desai, Vice Chairman Pankaj Desai, Executive Director Parag Desai and Managing Director Rasesh Desai. 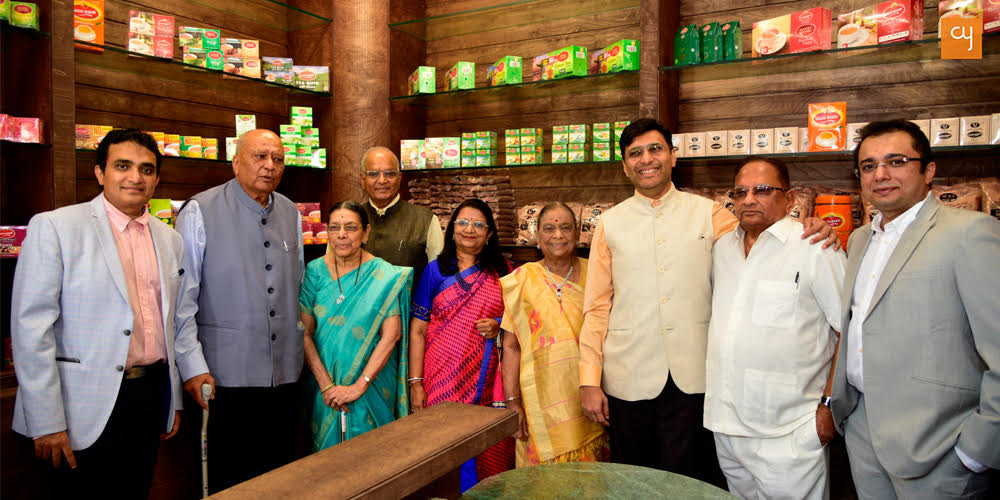 Starting with wholesale tea trade, the group ventured into selling packaged tea in 1980. Today they stand as the third largest packaged tea company in India and distributes over 42 million kgs of tea annually. The fourth generation of Desai(s) took the step further and are endeavouring to provide great tea drinking experiences to connoisseurs through their lounges.