The Manifestations of Mythology in Indian Fiction 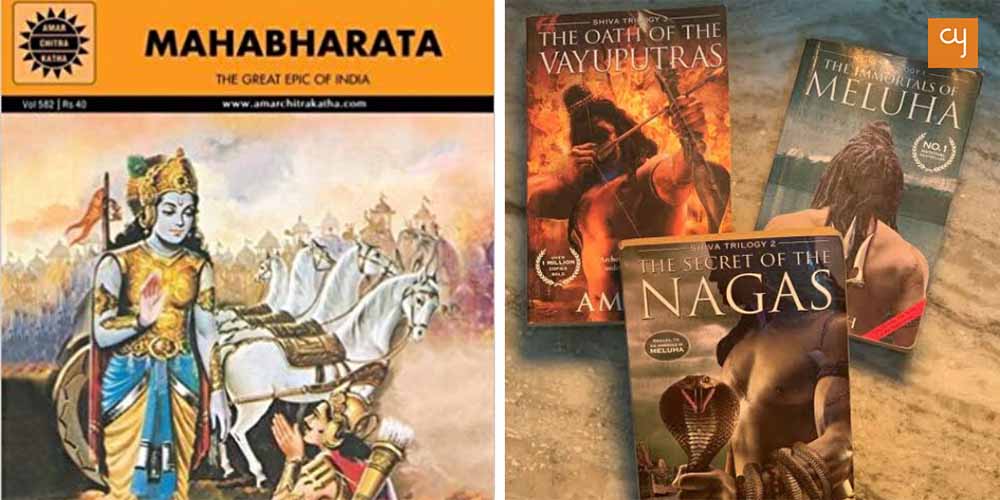 Writers are finding interesting ways to return to stories from Mahabharata and Ramayana. Some of the recent approaches include tracing the journey of minor characters, or of the major ones who weren’t explored enough. We revisit some of these developments in current narratives.

Mythology is part and parcel of being Indian. We have all been regaled with tales of heroic warrior-princes and awe-inspiring battles on celestial scales, replete with infernal asuras and giant snakes, since we were children. Mythology is more than just a good story, however. It has value as literature, discussing timeless themes and helping us see how much mankind had and has in common. Aside from its didactic role and the entertainment factor, mythology also allows us to glean insight into times long gone, into the ideals, hopes, and beliefs of ancient cultures. Through tales, mythological fiction serves as a form of archiving.

But these epics are ancient, from eras long gone. In a world where most think more of Iron Man or Captain America than Narsimha or Kalki, one can’t help but wonder whether the myths that we grew up with still have a place.

And yet, the Indian public certainly believes they do. With the works of authors like Ashok Banker (who is credited by The New York Times for the advent of mythological fiction in India) and Amish Tripathi, mythology is sweeping Indian publishing. All our epics have been retold countless times over the years, from live-action TV serials to lively animations, but we’ve never tired of them. From the Mahabharata and Ramayana TV serials to Amar Chitra Katha, mythology is ubiquitous in Indian entertainment. Maybe part of the attraction is how it allows readers to get to know an ancient time better, through the author’s research and imagination, as with Immortals of Meluha.

Still, the fact remains that pretty much every Indian is weaned on these stories, passed on from grandmother to grandchild, and hence they are both familiar and treasured. Thus, the matured Indian reader welcomes those same stories, albeit through the lens of a professional writer, with open arms.

The theme of good triumphing over evil has remained a constant throughout Indian mythology in almost every tale, be it the renowned epics or the more obscure sagas. The most popular forms of mythological fiction remain the ones that explore the most famous myths, be it the Ramayana or the Mahabharata. However, the spectrum is broadening, and many stories about characters at the periphery of our legends are coming to the fore. One of the more popular approaches to Indian mythological fiction is to follow a lesser-known character and explore the more familiar narratives from their perspective. Authors like Anuja Chandramouli and Usha Narayanan have explored the stories of Shakuntala, Kartikeya, and Yama. Some have even delved into the stories of characters like Pradyumna and Kamadeva. 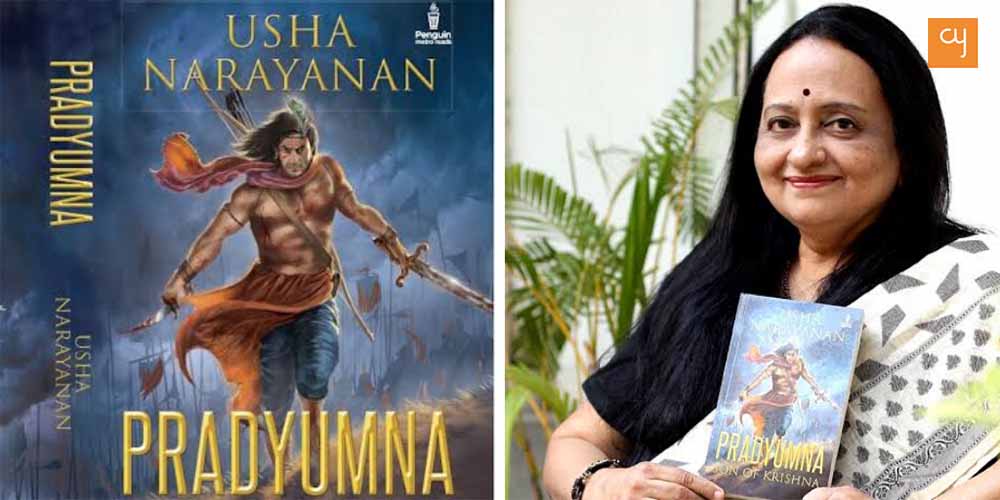 Many fables are almost paradoxical in their representation. King Harishchandra is extolled by some for his unparalleled generosity in giving away his kingdom but condemned by others for his consequent inability to provide for and take care of his family. The same tale is treated in different ways by different storytellers. Which one, then, is one meant to believe? Like all the greatest stories, much of our mythology is intended to raise questions, considerations, contemplation, then provide answers outright.

Our olden epics are very complete stories because they are multi-faceted in every way. While growing up, morality was always black and white. Our first interactions with mythology as children only reinforces that. However, upon closer examination, different aspects of the same story come to light. Ravana’s obligation to avenge his sister’s humiliation, who had her nose cut by a stranger, is never truly considered. Vibheeshan’s decision to betray his brother, choosing his personal morality over the bonds of blood, is very similar to Karna siding with the Kauravas despite knowing that the Pandavas were his brothers. But one is lauded, and the other reviled, because of the readers’ sympathies. These ideas are slowly being explored in novels like Asura, where Anand Neelkantan makes possibly the most infamous Indian villain of all time, Ravana, his protagonist. 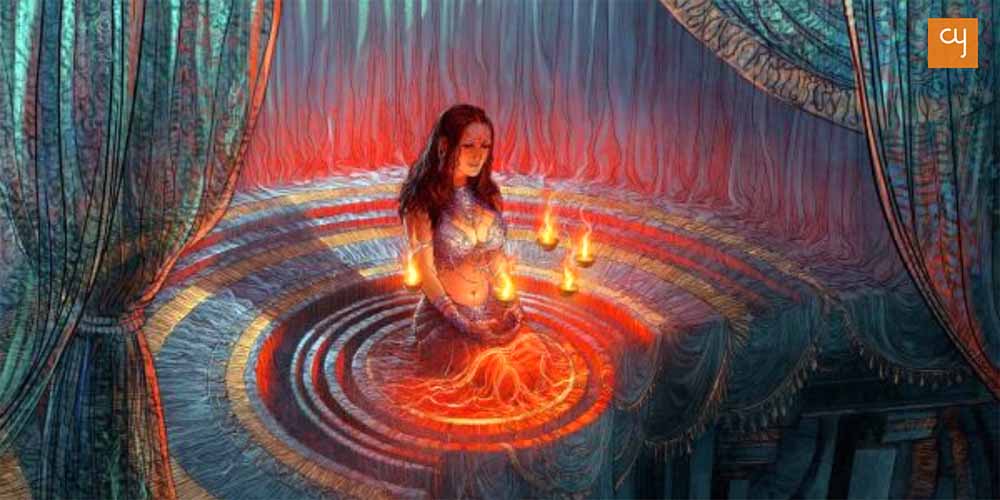 However, it is unquestionable that even the way our myths are explored has changed with the times. What was a narrow, set-in-stone version is now open to interpretation and imagination. Many of the earliest forms of mythological fiction depicted female characters as mute and demure, their impact to the story little to none apart from serving as backdrop or objects of desire. Now, these complex and layered characters are given the justice they deserve in recent forms of fiction. Devdutt Pattanaik’s Sita: An Illustrated Retelling Of The Ramayana showcases Sita as more than just Rama’s wife or Ravana’s captive. In the Palace of Illusions, Chitra Divakaruni follows Draupadi as she grapples with the consequences and implications of marrying five men. Not just the central characters, even peripheral ones like Sita’s sister and Karna’s wife are featured and explored in the supporting cast.

Another such change is the combination of mythology with the present day. A sub-genre in its own right is fiction where myths are interspersed with modern undertakings, to the tune of The Da Vinci Code. With the advent of the works of authors like Dan Brown and Ashwin Sanghi, marrying medieval and contemporary times through overlapping storylines and settings is now commonplace, with mythological legends and their modern interpretations serving as the link. 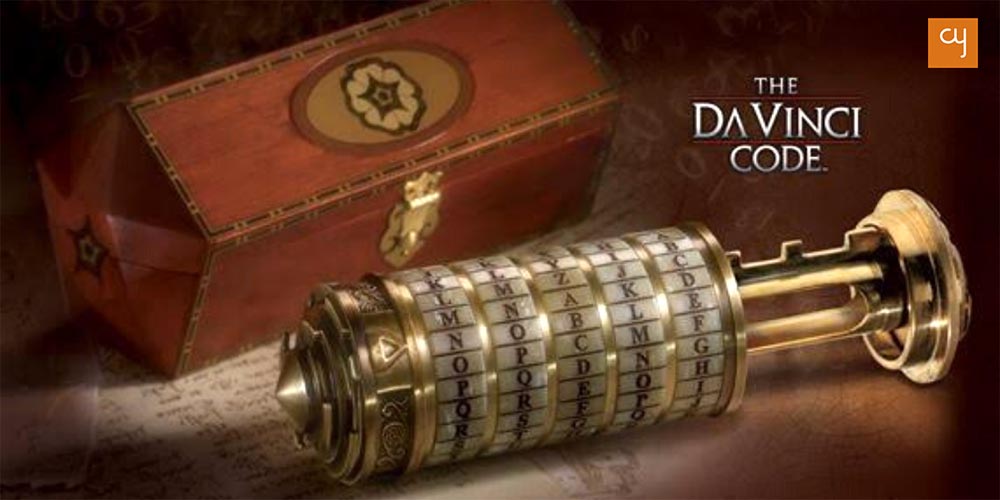 The myths that we grew up with are very much a part of modern Indian media, albeit in ever-evolving forms. If one can conclude anything from the myriad manifestations of our lore, it is that the timeless tales that constitute mythology are still very relevant today. The stories that stem from the wellspring of our ideals and cultures ring true even in the modern world, with the qualities we value exemplified and personified in our epics. And that, in and of itself, is the magic of mythology.