TGILF : A LitFest that aims to be enlightening! 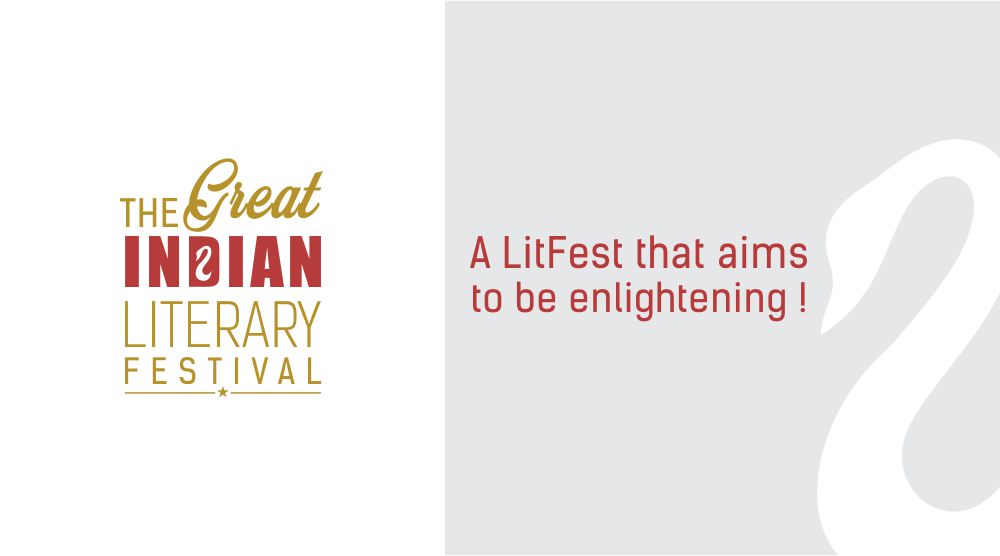 Imagine a gathering under a single dome full of literary heads discussing, socializing, interacting, learning and meeting everyone present. Spending afternoons talking books, evenings hearing writers exclaiming their experiences, other days listening to panelists discussing the world over relevant literature topics. This is supposed to be the coming environ at ‘The Great Indian Literary Festival’ held at Udaipur, in early 2017.

Is there really a need for organizing a goliath life sized lit-fest? The answer is definitely yes, because it engages people, who are literally untouched within this digital age. A platform where young writer from Gujarat, Orissa, Rajasthan and Uttar Pradesh writing in their regional languages get an opportunity to meet established writers and even get their literary published.

This extravaganza has been organized by literature pundits:

Patron – Prof Dinesh Singh, a Padmashree, former Vice-Chancellor of the University of Delhi and a member of the Scientific Advisory Committee of the Union Cabinet, Govt of India.

Patron – Sudesh Verma, the best-selling book Being Modi’s novelist, a former journalist and the current National Spokesperson of BJP.

TGILF is expected to be one of the brightest literary events held till date because during the festivity prolific guests from varied backgrounds and from across the world are expected to be on the list. The team is in the process of finalising the speakers list, and you shall hear it first on creativeyatra. The LitFest will be a 3-day event, with a line up of activities like Round Table Sessions, Lecture Sessions, Open House, Book Launch, Panel Discussions and Audience sessions.

The biggest task in a literary festival is to make sure that everything happening under the banner gives an output in the form of literary and not in any other context. TGILF has made sure that they don’t involve any culinary, sports, or photography activity during this 3-day tenure. Even the panelists, guests, and board of members is coming from distinct backgrounds, the audience can expect a literature recipe that has never been served before. One will not only get to know experienced but also emerging writers who are experimenting with varied genres and expressing their words for love in regional languages too. The exciting part will be to see the heavy weights of different regions, in a tete-a-tete with each other. This will be a treat of Lit Lovers.

India is a young country with more than 50% of its population ageing less than 35 years and youth being the bright future of this nation, TGILF has decided to get associated with schools, interact with young students, and motivate them to write their own short stories. At an extended level the lit fest will also give the best ones an opportunity to get published. Cool isn’t it?!

The event has been organized in the royal land of Udaipur, where every corner is culturally flourishing and a vintage environ like this is loved by every literature enthusiast. The main motive of this festival is to celebrate writing and the organizers heartily desire to integrate the people and society with the art of writing.

The organizers vision is to take TGILF across borders and organize different chapters of it in various nations. And while going international, they really have taken care of encouraging the regional language literary writers by dedicating an exclusive slot for them. International delegates and nations who believe Indian written word as an asset have decided to go hand in hand with Indian authors. To take the output’s productivity at an extended level the promoters and organizers of TGILF are also planning to transmogrify short stories (received through a thorough engagement program with various schools) into short films.

The nation is looking TGILF as a revolutionary event that will transform the viewpoint of people towards literature, writers and their philosophy. And within this digital age it is imperative for lit fests to widen their reach through social media coverage. Creativeyatra.com, at its core envisions to build a throbbing community of culture connoisseurs, and TGILF is one potent initiative which Team CY would want to associate with. As the Digital Media Partner for the event, CY aims to make it a milestone in Indian Literature Movement.