Rewind: Looking back at childhood and the still amazing Indian Comics 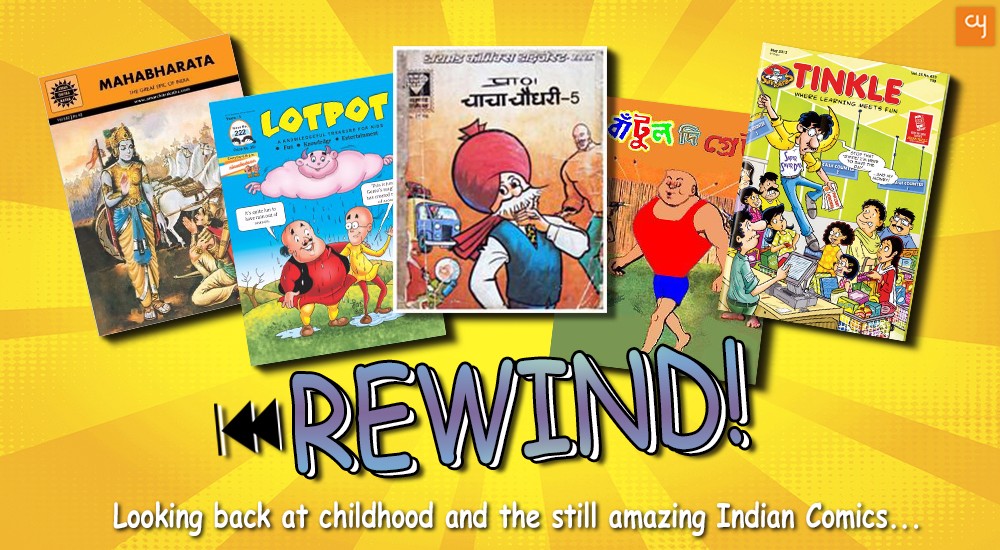 While the Marvel versus DC debate rages with yet another set of superheroes and superwomen that are brought to life by expensive CGI, we at Creative Yatra thought it would be worthwhile to go back to our very own desi comics this November.

During 60s and 70s two young comic aficionado, Anant Pai and Pran Kumar Sharma (Pran) initiated designing and issuing comic strips in Indian newspapers. Anant Pai was working at The Times of India as a subordinate executive in the books division. In those times, The Times of India (TOI) had started Indrajal Comics. And subsequently, Pran, who was a cartoonist in a Delhi-based newspaper publication, began running a comic strip titled Daabu. The rest as they say is history.

Anant Pai started the Amar Chitra Katha in 1967 which soon became India’s best-selling comic book series. The plot of the series was on Indian folklore, mythology and history, providing readers across all age groups an enchanting lesson on India’s glorious past. During the ’80s, Amar Chitra Katha was being translated into ten regional languages which glorified its popularity and gave it a reach of selling half a illion comics each month. The mythological comics depicted characters from classic epics and religious stories, and the history-based comics narrated events of India’s past, basing them on leaders, freedom fighters and revolutionaries

Pran Kumar Sharma, renowned by his penname Pran, in 1971 started making comics on Chacha Chaudhary. The middle-class background of the Chacha Choudhary was inspired by the writer’s early days and this protagonist was an inspiration from the common family tradition of India where every family consist a clever senior member who could solve issues of the house and also the society with a thump of humor.

It was not just the children whowere going gaga about Chacha Chaudhary, but even the young adults belonging to the middle-class families of 70s and 80s became a zealous fan of this series.

Released in 80s and conceived by AnantPai, Tinkle has been an integral part of each young reader’s mounting years. Targeted at school children and drawing familiar stories and characters, the comics dwelled on simplicity, virtue and heroism. Everyone of us can still revive the memory of going through a rapid read of ShikariShambu during the tensed exam times or under torchlights in hostel beds after lights out. The simply sensible Supandi was, however, the undoubted crowd choice always giving out a hearty laugh. It was all about the maxim ‘Good will prevail after all.’

Created by NarayanDebnath, Batul is unlike any other superhero. Sample this for instance, a superhuman who is wearing a pink top and black briefs. The character came into existence when the writer was on foot for College Street, Kolkata and went on to become one of the most loved Bangla comics characters. During the Bangladeshi liberation War, the writer incorporated the idea of the undying spirit and invincibility, on the upsurge of demand from voracious bookworms in order to encourage a belief of triumph and supremacy amongst people.

Lotpot is a Hindi comic book that first hit the standsin 1969 and was an instant hit. ‘Gyanbadhaye, Dimagchalaye’ (increases your knowledge, exercises your brain) is a tag line few can forget. The kids are being entertained with Motu and Patlu, amongst a bevy of other characters since then.