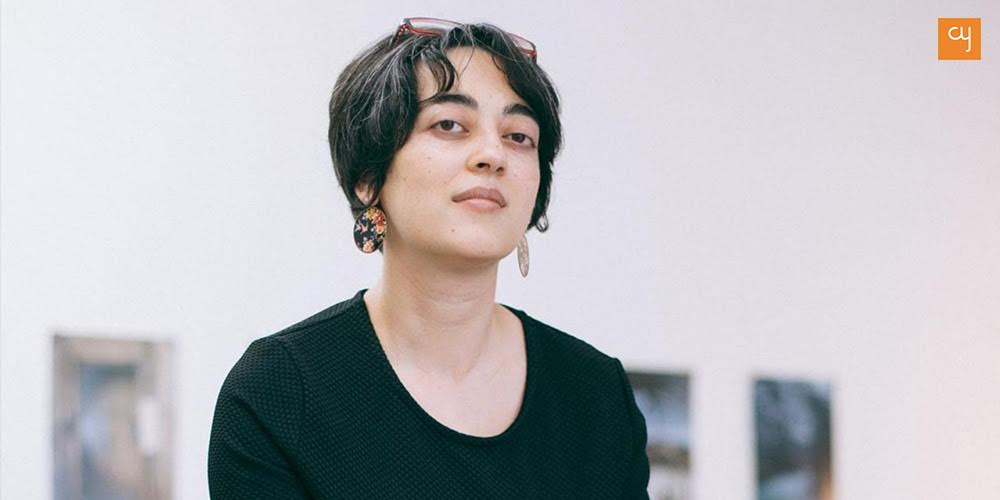 Let’s know Shubigi Rao, who has recently been selected as the curator for the 2020 Kochi Muziris Biennale, for her “exceptional acumen and inventive sensibilities”

The format of the art biennale to showcase contemporary visual art, across the world is modeled on the Venice biennale, which originated in 1895. It is the same spirit that led to the setting up of the Kochi Biennale in 2012, an art exhibition and festival that is the largest of its kind in South Asia. Kochi Muziris Biennale (KMB) is what it is, due to its absolute clear vision to put art as a tool of critical enquiry leading to an uninhibited discourse on the socio-political realities. This is achieved by curators, who dedicate two years to realise this vision. On May 9, 2019, at the ongoing Venice Biennale, the selection committee unanimously chose Shubigi Rao for her “exceptional acumen and inventive sensibilities” to curate the upcoming Biennale in 2020. The selection committee included artist Amrita Jhaveri, curator Tasneem Mehta along with Kochi Biennale Foundation (KBF) trustees Alex Kuruvilla, Bose Krishnamachari and V Sunil.

Let’s begin at the beginning of KMB

The Kochi Biennale began in 2012 and over 80 artists from 23 countries took part in the first edition of the grand art carnival that was spread across more than 12 venues and over 50 exhibition spaces. Every two years since then, the coastal town of Kochi is abuzz with activity depicting the global world of art during the event with street art, giant installations, paintings, film screenings, workshops, sculptures and multimedia works of art as well as performances, seminars and talks. Between December 12, 2018 and March 31, 2019, the fourth edition of the Biennale took place in Kochi. By now KMB has achieved the status of ‘the largest contemporary art festival in Asia.’ and it has registered over 600,000 footfalls. The fourth edition had artist and art historian Anita Dube at the helm, and she worked on the theme of “Possibilities for a Non-Alienated Life”. KMB has previously been curated by artists Sudarshan Shetty (2016) and Jitish Kallat (2014); the first edition in 2012 was curated by KMB co-founders Bose Krishnamachari and Riyas Komu.

It is tough to introduce Shubigi Rao in one simple sentence as her myriad interests include ‘archaeology, neuroscience, libraries, archival systems, histories, literature, violence, acts of cultural genocide, anti-censorship, migratory patterns, ecology and natural history’. The Bombay born Singapore based artist has participated in the 10th Taipei Biennial (2016), 3rd Pune Biennale (2017), the 2nd Singapore Biennale (2008), and the Singapore Writers Festival (2016, 2013). She was also selected for residency programmes in Singapore, Germany, and India.

She is best known for her complex and layered installations. Her earlier notable exhibitions include The Wood for the Trees (2018), Written in the Margins (2017), The Retrospectacle of S. Raoul (2013), and Useful Fictions (2013). She has used books, etchings, videos, board games, metaphysical puzzles, archives and garbage in her installations. Since 2014, Shubigi has been visiting libraries and archives, researching about the history of book destruction. That led her to bring out a book: ‘Pulp: A Short Biography of the Banished Book’. The first portion of the project, ‘Written in the Margins’ won the Juror’s Choice Award at the APB Signature Prize 2018.

Shubigi’s Art Installation at the KMB 2018

During the 4th Kochi-Muziris Biennale in 2018, Shubigi Rao was one of the participating artists. Her exhibit was multidimensional in its form while it fused reality with fiction to create an engaging artistic narrative. Her exhibit included three works: an installation, a set of photographs and a video, all of it housed in the sea-facing room of Aspinwal House in Fort Kochi. The room too was divided into three portions, ending with ‘Pelagic Tracts’ (the video)

She had been working on her artwork that she presented for the 4th Kochi Biennale for four years since 2014. While the KMB trustee Bose Krishnamachari had faith in her eccentric methods, the work was highly admired by the 2018 Biennale curator – Anita Dube.

Her love of books and her amazing skill of creating multiple layers in an artwork were evident from the installation. Her semi-fictional historical video was based on the books and libraries she had come across, with an undertone of displacement and cross-cultural experience. “For this project, I created a mythical world from existing letters and records from the libraries and archives, besides my interactions in Kochi,” she shares in an article.

Her work is influenced by her childhood and travels. She was born in Bombay and spent her early years there. She later grew up amidst the tranquil hills of Nainital and Darjeeling before moving to Delhi. While in Nainital she found her love of reading in the quiet but rich library of her parents with many old and rare books. She completed her Bachelor of Arts in English Literature from Delhi University and now lectures part-time on art theory at her alma mater Lasalle College of the Arts in Singapore where she earned her BFA (First class) and MFA (First class).

Rao wears multiple hats and happens to be a scientist, theorist, visual artist and writer. As a progressive feminist Rao encourages her son to embrace all his feelings with utmost freedom. Her husband incidentally named their son Raoul and therein we find another interesting aspect of her story. She wanted to study the bias that women writers sometimes face and therefore wrote under as the pseudonym Raoul for ten years as a part of her grand gender experiment. She published various works under the banner, S. Raoul – a former scientist, theorist, archaeologist, scapegoat and Rao’s alter ego. The project, which was conducted to observe if women’s works are discredited at large, was formally published as the ‘History’s Malcontents: The Life and Times of S. Raoul’ and released at the Kochi Biennale. It helped her attain a fair critique on her work regardless of her gender, which eventually made her realise that as “a man” her work was not patronised or dismissed.

An individual like Shubigi Rao with such a creative instinct, intellect and impressive academic background will surely make a mark as the curator of Kochi-Muziris Biennale edition 5.

Pen News quotes the 43-year-old artist saying “To shift the lens through which we read the spectacle of the exhibition; we must reposition discourse and practice through acknowledging intersecting contexts. I believe it is possible for the Biennale to retain regional realities and histories through cementing existing affinities and establishing new commons.” In the same interview she further elaborates saying, “Biennales are sometimes floating cities that are unmoored from their locality/regionality. Kochi-Muziris Biennale is rooted in the intertwined histories and cultural multiplicities of Kochi while providing a crucial platform for a larger discourse of the critical, political, and social in artistic practices”

Rao’s work is a brilliant culmination of historical interpretation, fantastical narrative and cultural realities. KMB caretakers must also be complimented for their striving for originality and their ability to put faith in young artists. It will be worth a wait to see how India’s largest art exhibition will evolve under Rao’s unique vision.