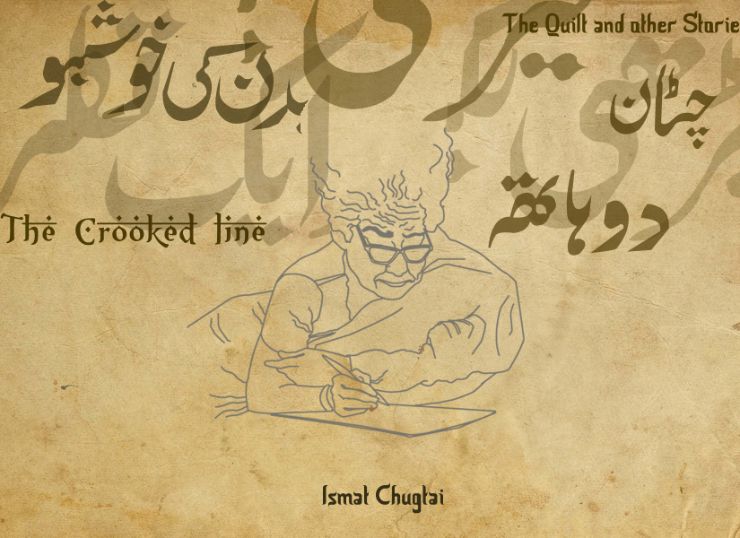 “Only progressive literature can produce self-confidence. It will be disappointing if our writers don’t use their pen for the betterment of the common people, because if writers, journalists and thinkers turn away from present-day circumstances and write merely for personal gain, their work will lack vigour and anything that is lifeless is not meaningful.”

This was one of the million posts I read on Facebook every day. But unlike the other millions, this didn’t leave my mind so easily. In fact, it tempted every inch of my body to get a little more from whoever had penned those words down. And that’s when I searched for Ismat Chughtai.

Ismat was an eminent Indian writer known for her courageous and controversial writing. She was the first Muslim woman in India to have both a B.A. and a teaching degree. Draped in a simple cotton saree, with salt and pepper hair and round-rimmed glasses; from her outer appearance, it was not easy to guess that her pen was an unsheathed sword. Ismat wrote as she spoke. Chugtai’s style, well-known as ‘Begumati zuban’, was pert, racy, earthy and graphic. She used wit and satire as tools to sharpen her depiction of harsh social realities. She not only carved a niche for herself in the Urdu literary world but also brought an attitudinal change at the way women were perceived in the twentieth century.

Ismat has been constantly challenging the accepted notions of morality and urging her readers to examine a woman’s place in society. Kagaz hai parihaan is not a straight-forward autobiography of Ismat. It talks about her life, her family, her growth, her challenges and even her development as a writer. Chauthi ka joda deals with the plight of unmarried girls in the middle class Muslim families. Lihaaf, a story about lesbian love dragged her to the court of Lahore. Tehri lakeer, again not a typical autobiography but is a journey of Ismat who never moved on a straight and predictable path. These are just a few of many remarkable pieces she has written.

Chughtai was greatly encouraged in becoming a professional writer by her husband, Shahid Latif, a successful scriptwriter himself. Through him, she also tried her hand at scriptwriting. She wrote around fourteen to fifteen films in 1940s. Her impeccable writing made her an active member of ‘Progressive Writers Association’. Though Chughtai’s most famous for being charged with obscenity for her story “lihaaf”, her writing is way beyond that. As I continued to search more and more of Ismat and her work, I realized that Chughtai is one writer that has been confounding us a century later also.