Is it true that Queen Victoria of England was so fascinated by the book‘ Alice’s Adventures in Wonderland’ that she asked the author to send her his next book? Rumour has it she received a copy of ‘An Elementary Treatise on Determinants’ because the author Lewis Carroll was actually a math professor!

“The time has come,” the Walrus said,
“To talk of many things:
Of shoes—and ships—and sealing-wax—
Of cabbages—and kings.”

When we like a book, it is usual for us to go hunting for other books by the same author. So it’s fairly believable to imagine that the Queen may have wanted to read another book by Lewis Carroll, to which request he sent her his maths treatise! Not all tales are true but tall tales do make for interesting reading and most people believe this story to be true. What you may not know is that the real name of the author of Alice in Wonderland was Charles Ludwig Dodgson and his full-time job was as a mathematician.

First, let’s check out some little-known facts about Lewis Carroll

Let’s start “at the very beginning, a very good place to start”, as they say in the Julie Andrews song Do-Re-Mi!

On July 4, 1862, a boat ride down a river resulted in a story that has captured the heart of many children around the world. Most of us have gone down the rabbit hole with Alice and shared her amazing, unbelievable adventures. Because of the popularity of the book Alice in Wonderland, its author Lewis Carroll’s name is equally familiar. Published in 1865, the fantastic storybook is entertaining and exciting for children, but its complex logic also appeals to adults.

On that cool, cloudy, rainy day, Charles Dodgson sat on a boat with Reverend Robinson Duckworth, along with Lorina, Alice and Edith—aged 13, 10 and 8—the three young daughters of Henry Liddell, the Vice-Chancellor of Oxford University. It was a four-hour boat ride down the river and, to while away the time, Charles told a long winding tale to entertain the girls. Later, Alice asked him to write the story down and he began to do so the very next day. The story grew longer when he told it again a few weeks later, as stories tend to do. As he was planning to write it all down, Charles began to add details about the characters he had invented in the oral narration. He also made some illustrations of the characters, which were from his imagination after all.  Four months later, in November 1862, he presented a handwritten copy of the book with his own illustrations, called“Alice’s Adventures Underground”, as a Christmas present to Alice.

That was the first-ever copy of the book Alice in Wonderland. It has been since translated into over 100 languages, read by many generations of children all over the world and also been adapted into several versions in films, TV serials and comics.

In 1865, the book was published in UK under the pen name Lewis Carroll with illustrations by John Teniell and, soon after, in the USA too. The book has not been out of print since then. The characters in the book that Alice meets—including the Mad Hatter, the White Rabbit, the Dodo, the Cheshire Cat, the March Hare, the Mock Turtle and the Queen of Hearts—are as familiar to readers as old friends.

Mathematicians and critics find hints in the book that allude to famous personalities of the time. Over the years, the book has been illustrated amazingly by a long list of artists, including Salvador Dali, after the author first drew the characters. 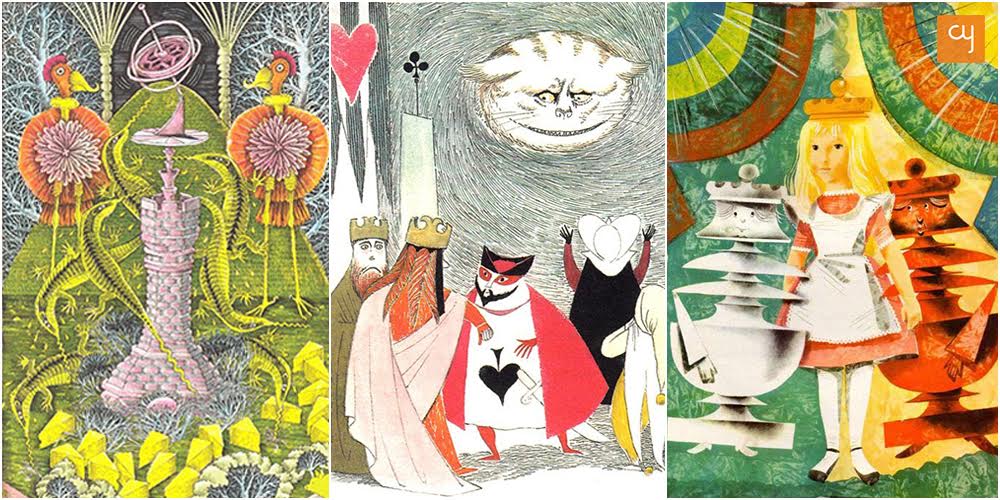 So is the rumour true?

Now let’s get back to the Queen, not the one in the book, but the one in real life. Is it true that Queen Victoria read Alice in Wonderland and asked to be sent the next book by the author, only to receive a mathematical treatise instead?

According to an article in Snopes, a great fact-checking website, although this rumour was believed to be true for long, it was denied in print by the author himself. Charles Dodgson was a lecturer in mathematics for 25 years at Oxford, after receiving his degree in 1854. He wrote Alice in Wonderland and Through the Looking Glass and some puzzles and verses under the pen name Lewis Carroll. But he refused to admit his identity as Lewis Carroll in public and did not even accept mail sent to Lewis Carroll.  But the rumour about the Queen asking for his next book was so strong that, at last, Charles Dodgson himself denied this rumour in a postscript to the second edition of his book Symbolic Logic in 1896:

“I take this opportunity of giving what publicity I can to my contradiction of a silly story, which has been going the round of the papers, about my having presented certain books to Her Majesty the Queen. It is so constantly repeated, and is such absolute fiction, that I think it worthwhile to state, once for all, that it is utterly false in every particular: nothing even resembling it has occurred.” (www.snopes.com)

So much for rumours! Let’s conclude with a poem by Lewis Carroll that describes the day the story of Alice in Wonderland began to unfurl.

A Boat, Beneath a Sunny Sky

A boat, beneath a sunny sky

In an evening of July—

Children three that nestle near,

Pleased a simple tale to hear—

Long has paled that sunny sky:

Still she haunts me, phantomwise,

Children yet, the tale to hear,

Lovingly shall nestle near.

In a Wonderland they lie,

Dreaming as the days go by,

Dreaming as the summers die:

Ever drifting down the stream—

Lingering in the golden gleam—

Life, what is it but a dream?