Education of a rare kind : Team CY at the commencement ceremony of Gurukulam, Ahmedabad 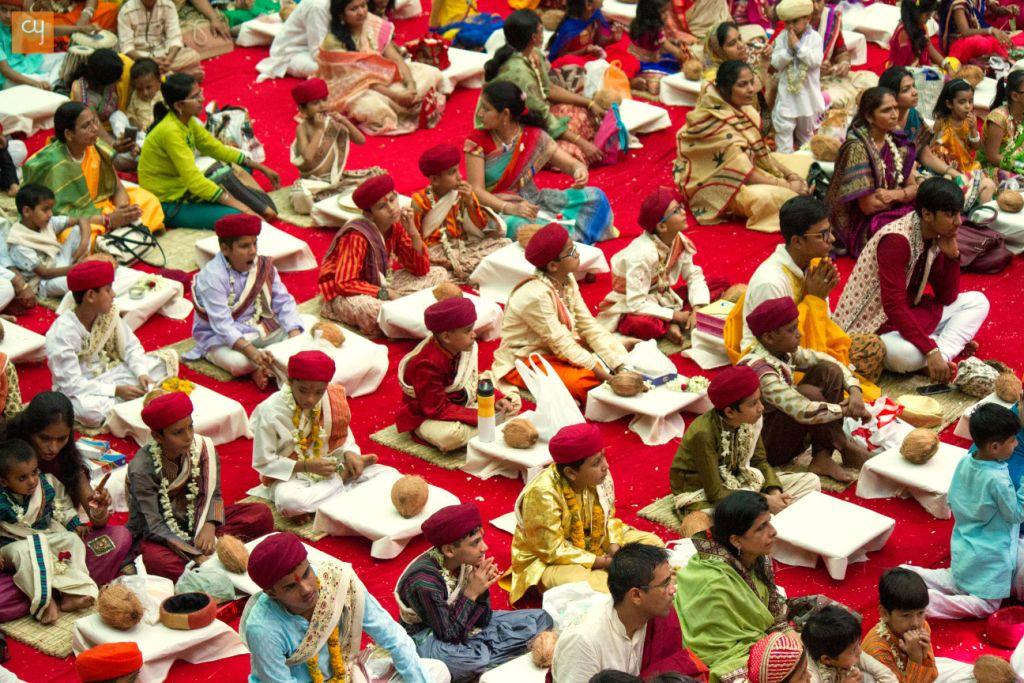 An educational institution that rises above schooling(as we know it today), competition and degrees, Gurukulam follows the ancient Jaina education system of India where knowledge, understanding habits, sensitivity and logic is still considered superior. The Gurukulas are Indian schools that still follow the ancient Indian education, where a Shishya (student) has to stay with his Guru (teacher), doesn’t have to pay fees but only Gurudakshina as homage and learn the best ways to lead an holistic lifestyle. India’s initial universities like Takshashila, Nalanda and Vikramashila, which were formed mostly during the period of Gupta dynasty attracted students from China, Tibet, Korea and Central Asia with their effective learning methods. 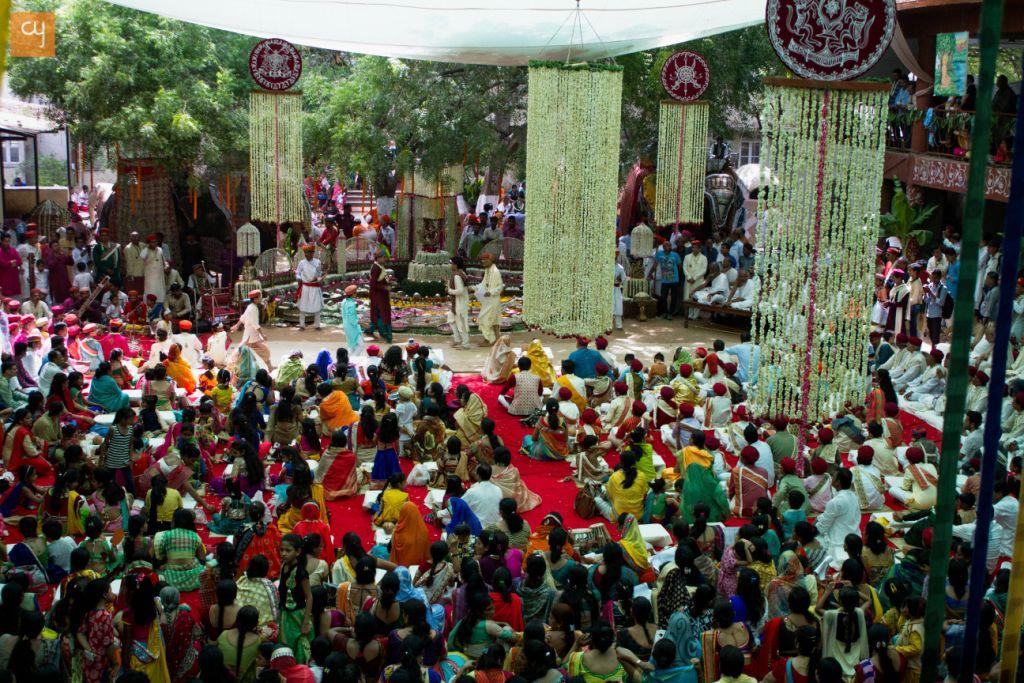 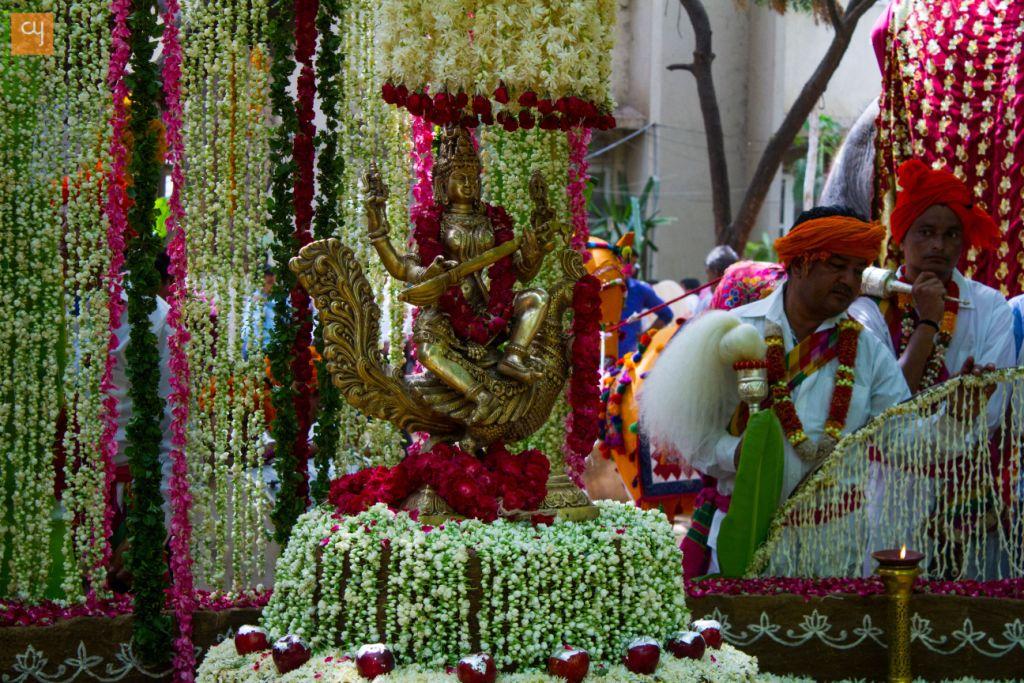 Today Creative Yatra was able to visit one such Gurukulam named Hemchandra Sanskrit Pathshala located in Sabarmati, Ahmedabad, where 101 students participated in admission procedure called Vidyarambh Sanskar Vidhi(commencement ceremony). This Vidhi (procedure) is unlike the admission system of today’s schools. During this occasion a student’s family, relatives, school authorities and everyone organizes a welcoming ceremony for them. The students come on Horses/ Elephants, bows down in front of the godess of Knowledge (Saraswati), their guru and elders and initiates their studies at the Gurukulam. The celebration was grandeur as everyone dressed in traditional attires and ancient chants were echoing all around the campus. The sacredness was literally in the air and everyone was blessed for wellbeing. 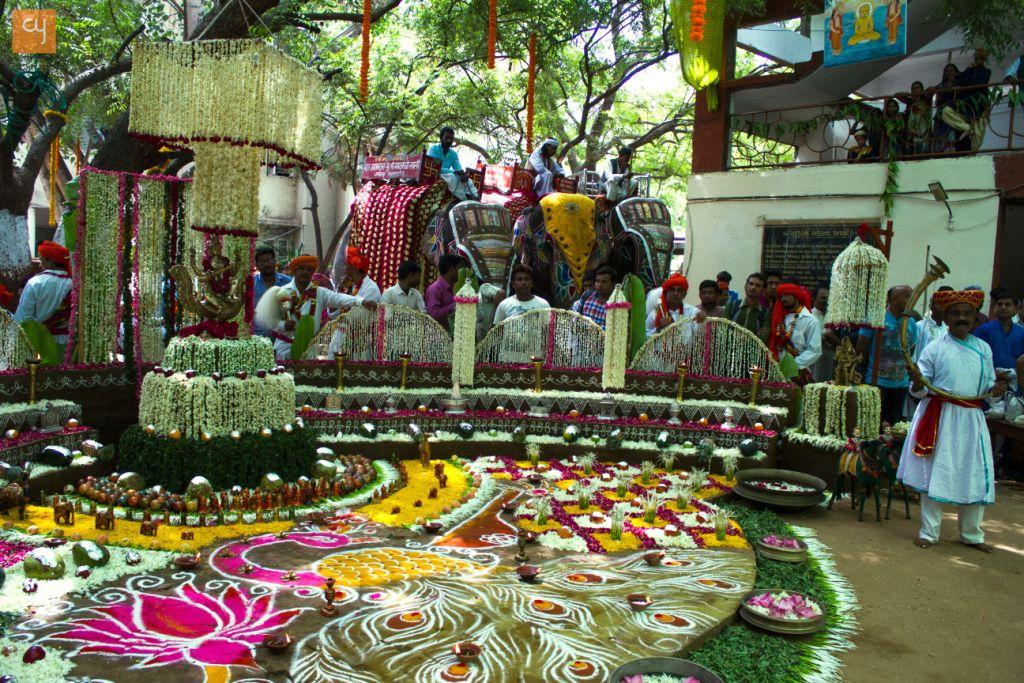 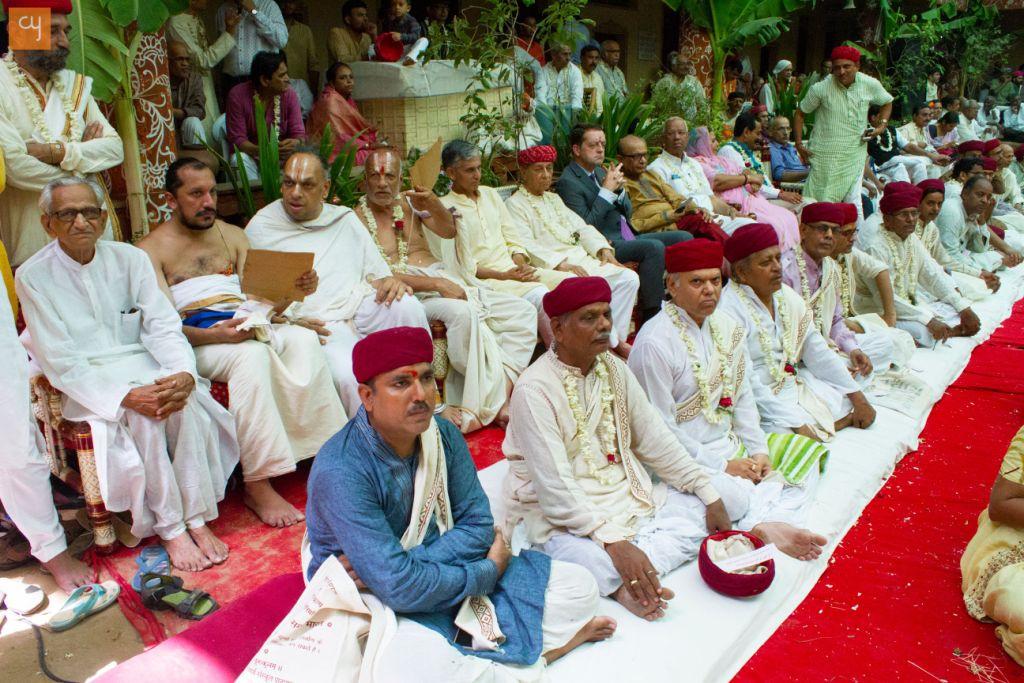 Unlike formal academic studies, Gurukulam caters with subjects like Sanskrit (Language), Nyay (Justice), Vyakran (Grammar), Tark (Logic), Kautilya Arth Shastra (Economics), Shilp Shastra (Science of Art and Craft), Ayurveda (Traditional Indian Medic), Jyotish Shastra (Astrology), Gaayan (Singing), Nritya (Dancing), Vaadan (Music), Ganit (Vedic Mathematics) and 62 other subjects. At Gurukulam rather than being ‘schooled’ they focus on being practically smart and knowledgeable. It is not affiliated with any formal educational accreditation but has been able to develop one of the brightest student mathematician in the country. (recently one of the students from this institute won the National Vedic Mathematics challenge)

Over here children are educated about the value of resources and are sensitized towards non-wastage. To have a gesture of giving back to nature and not just selfishly consume’ which results in the destructive environment. The institute has attempted to use traditional and sustainable materials and methods in their infrastructure as well as daily operations, as and where possible. The whole Ashram is made out of limestone bricks, and the flooring is coated with organic cow manure. The cooks only use organic food and ghee made from the milk of cows, which are part of the ashram stable (gau shala).  Children use organic handmade papers that have life for more than 800 years, ink that sustains till 1500 years. The system of education welcomes children from varied castes and their studies prolong till they grow 22-25 years of age. 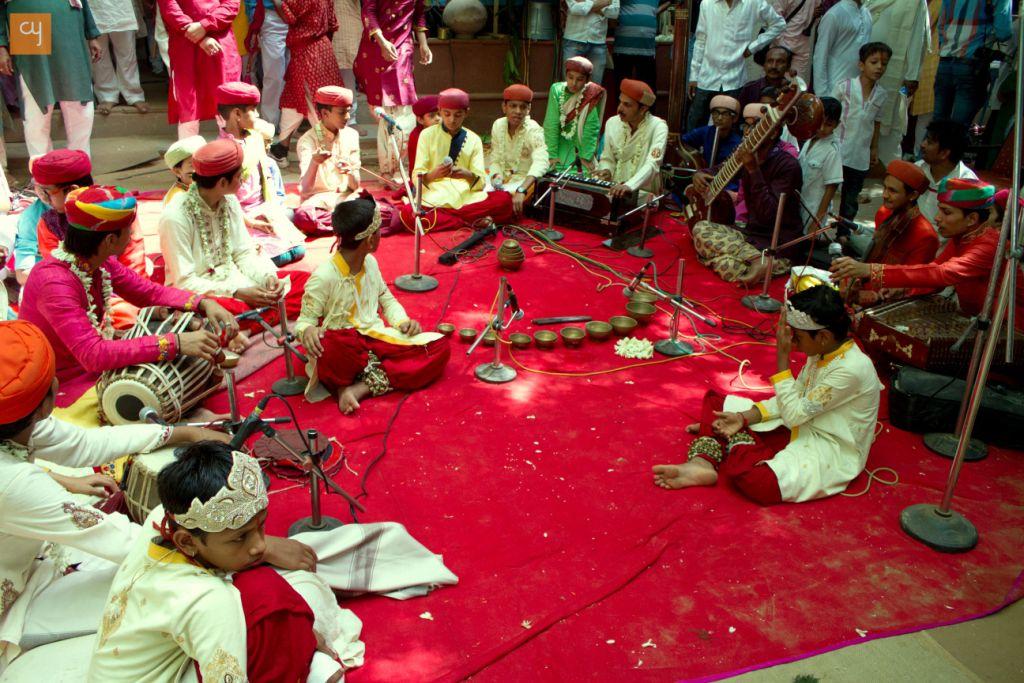 During British rule the culture of Gurkula diminished at its extreme but in 1902 Swami Shraddhanand and the founder of Arya Samaj Dayanand Saraswati started Gurukula Kangri Vishwavidyala, which even today runs more than 900 plus schools, 75 plus colleges and a university. Today people are more aware about this sustainable educational system and Team Creative Yatra saw kids participating from 24 different Indian states and even from Italy, Singapore and various other countries at Hemchandra Sanskrit Pathshala.

What I could appreciate the most, irrespective of the philosophy, is the grandeur and importance of commencement; which I believe instills the much required significance about education in the young child’s mind. I may not comment about all schools adapting a certain philosophy, but I would certainly like every educational institute at every level to have commencement and graduation ceremonies that highlight the value of ‘Learning’. 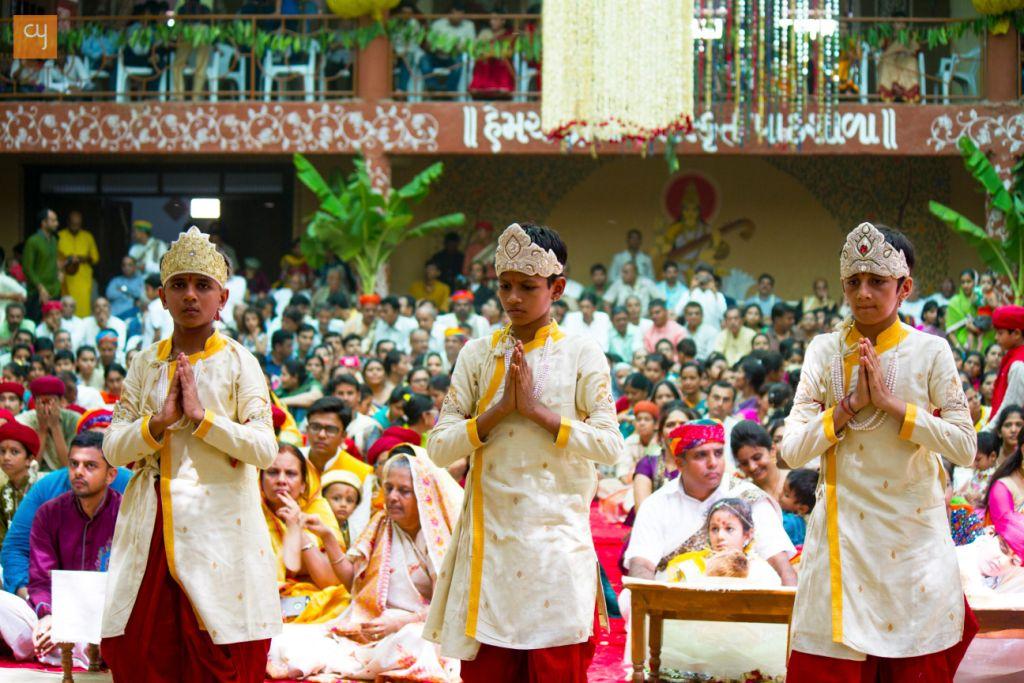 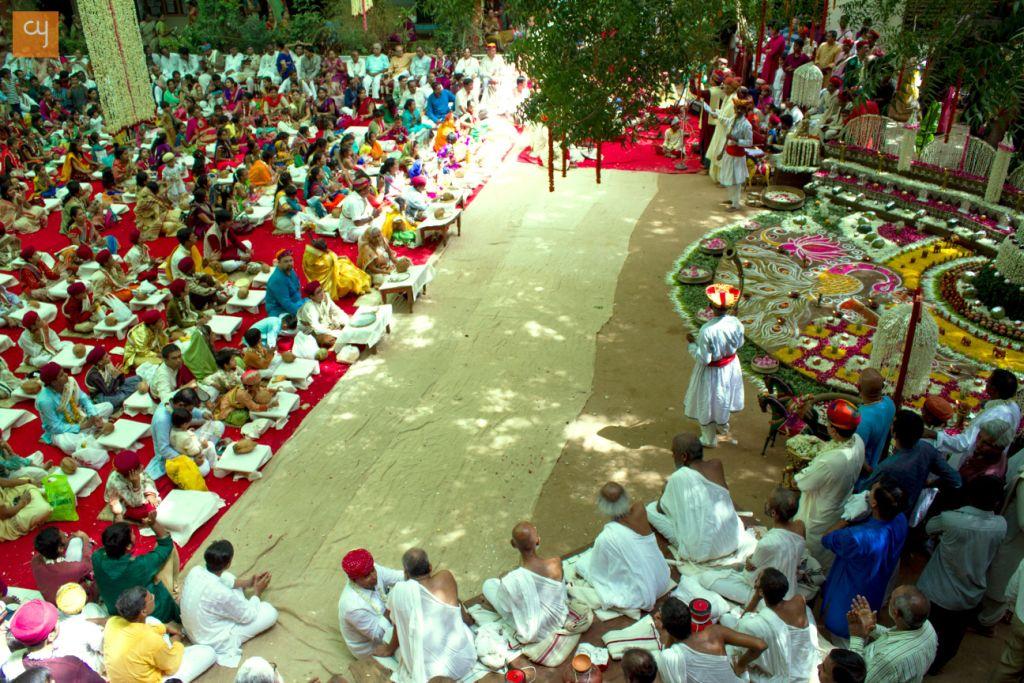