On International Museum Day explore Ahmedabad through its museums 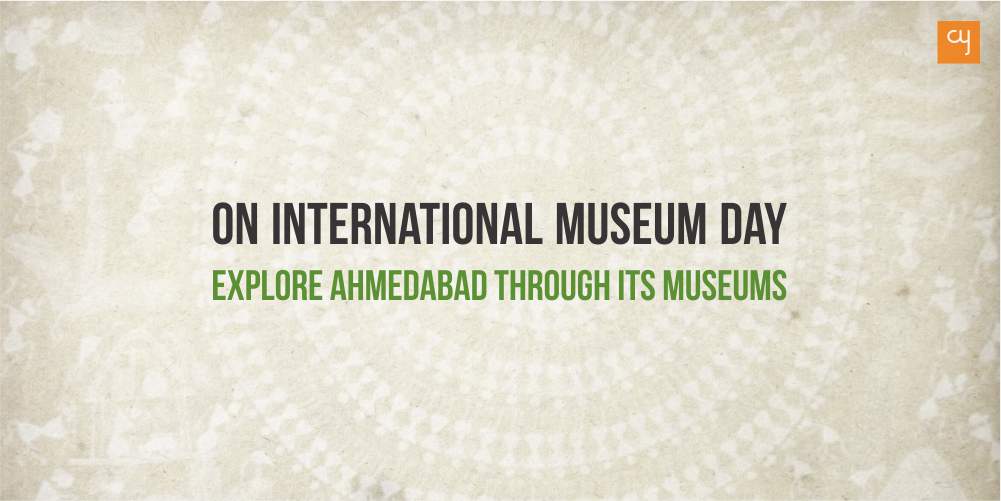 For art lovers. For the history buffs. For the anthropologists. For the science enthusiasts. For the conservationists. For the curious minds. These museums are for all. Tucked away in a bygone era, these lesser-known museums of Ahmedabad have some amazing stories to tell.

If cities are the ‘breathing’ present, museums are its past. They provide a window to peek into an unknown era and emerge with pearls of wisdom. Ahmedabad is home to more than 30 public and private museums. In this piece we explore some of the lesser known museums that exist in Ahmedabad.

FOR THE ART LOVERS

Marvel at over 1000-year-old hand painted miniature artworks and hand-written manuscripts at the NC Mehta Gallery at the LD Institute of Indology campus. It displays a collection of manuscripts and miniature paintings collected by the renowned late Nanalal C. Mehta who had an eye for this art form. Made on small, hand-painted paper with indigenous mineral colours, the artworks from across the country are carefully displayed under low intensity light to ensure that no damage is done.

Miniature paintings were exchanged on special occasions between kings and courtiers, and also used to decorate the walls of royal palaces, art galleries and bed chambers.

One of the most famous works on display is the illustration of ‘Chaurapanchasika’ series or the ‘Fifty Love Lyrics of a Thief’ by the 11th century Kashmiri poet Bilhana. Along with this, are the love poems of the Gita Govinda by poet Jayadeva, which comprises of 159 paintings and is considered a landmark of transition from western Indian or Jaina style to early Rajasthani painting. 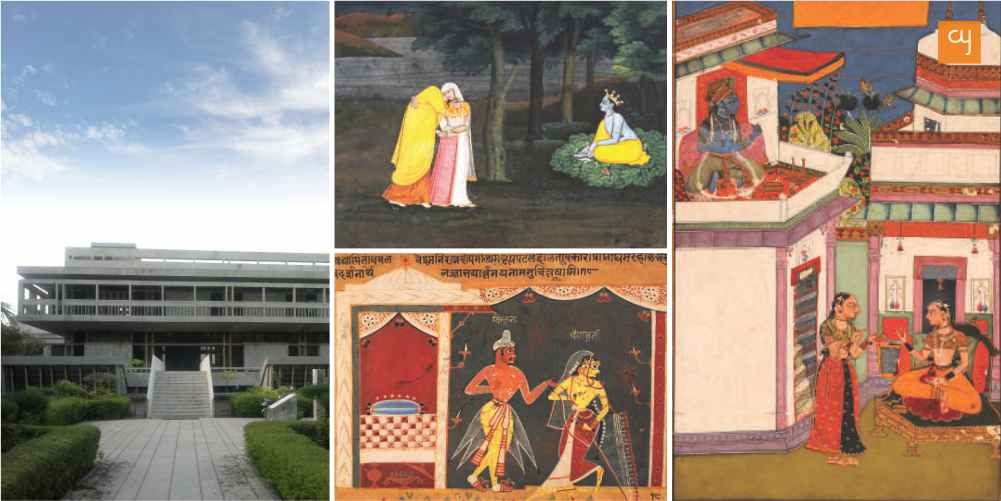 FOR THE ANTHROPOLOGY FANS

There is more to Gujarat than urban development. The western state of India is home to a large number of tribes, also known as Adivasis. The Tribal Research and Training Institute at Gujarat Vidyapith felt the need to give voice to the culture and tradition of these tribal communities and also give the urban communities an opportunity to know more about the tribal people through their art – thus came the Tribal Museum. There are 29 scheduled tribal communities in Gujarat of which 23 are shown here through photographs, films, and coloured transparencies. The museum also houses a film library which has about 25 films from different tribal areas of the country. Renowned artist, an anthropologist, and a Gandhian, Late Shri Haku Shah was instrumental in the setting up of the Tribal Museum. Visit the museum and learn something more about the land you belong! 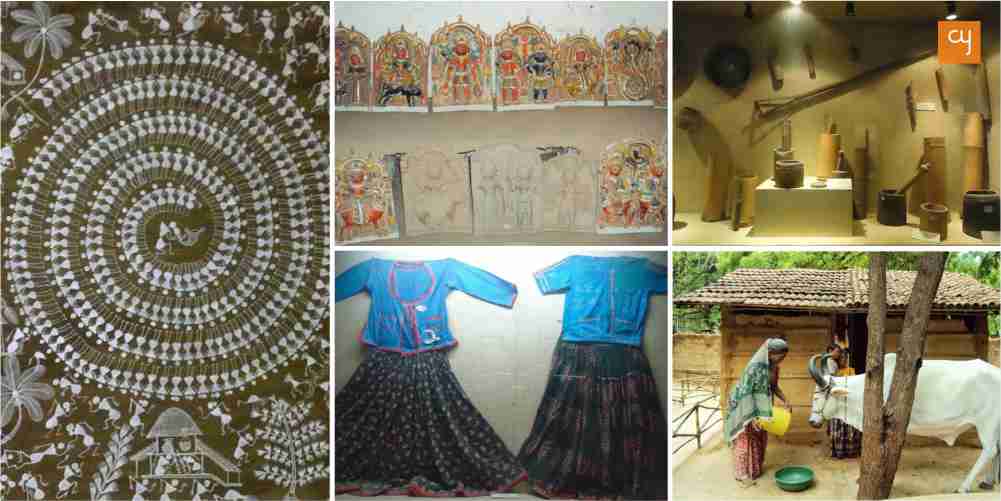 Resonating with the anthropology theme is the Vishalla Environmental Centre for Heritage of Art, Architecture and Research (Vechaar) Utensils Museum. The highlights of the museum are the almost 6000 unique vessels which includes water storage pots, cooking and serving vessels such as spoons, rolling pins, storage jars, knives, feeding cups for infants and tantric havankunds. There is also a section dedicated only to nutcrackers with almost 800 different varieties! The collection makes one wonder how it would have been to use these vessels. Or how people back then were able to craft so beautifully with no modern technologies. 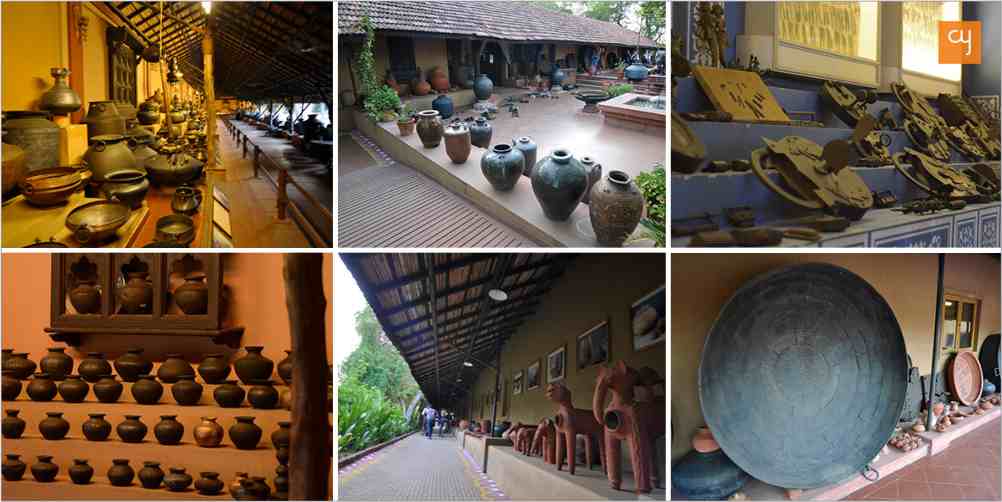 FOR THE SCIENCE BUFFS

Give your children the dream of space exploration. The Vikram Sarabhai Space Exhibition (VSSE) also known as the Vikram Sarabhai Space museum is making sincere efforts to instill a ‘scientific temper’ in young minds. Adults will be equally mesmerized by what all it has to offer. A feature that not many are aware of is the fact that the entry is completely free at all the exhibits, including the experience of watching a movie at the 3D theatre. Not just this, it is a guided tour! Through a series of educational, interactive and educational experiences, the museum is spread across two floors and an auditorium. For a better understanding, the exhibits are divided into various themes arranged in a specific sequence. 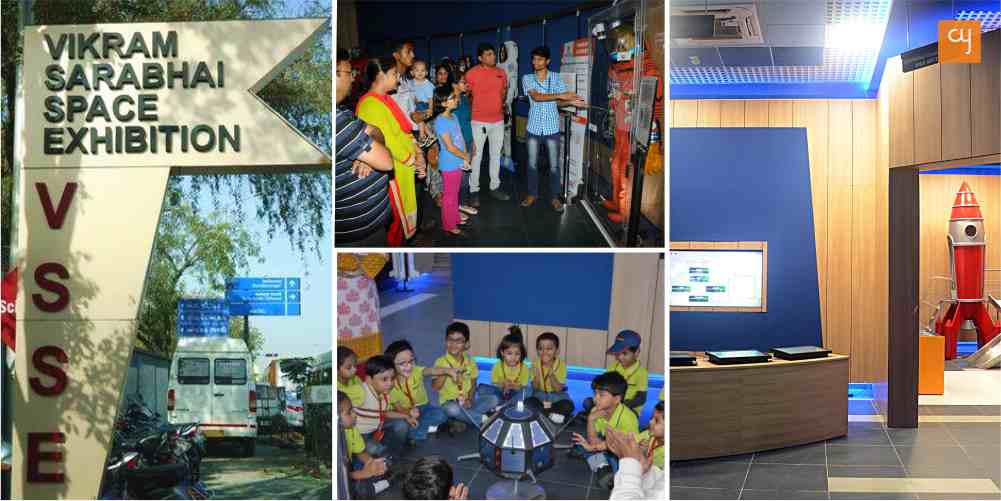 FOR THE NATURE LOVERS

Pay a visit at the Reuben David Natural History Museum which is the city’s homage to the conservationist and zoologist of Kankaria zoo, Reuben David. Located in the serene green patch of Kamla Nehru Zoological Park, Kankaria this place exhibits stuffed animals!

Such stuffed animals which are a rarity for commoners as they are mostly exhibited in the royals places. This museum has a collection of over 35 animal and bird specimens including lions, tigers, leopards, monkeys, and beads. Even the endangered Great Indian Bustard is preserved in the birds’ specimen collection.

Do not miss the rare human foetus in the specimens’ section and the two-faced goat that should not be missed as. 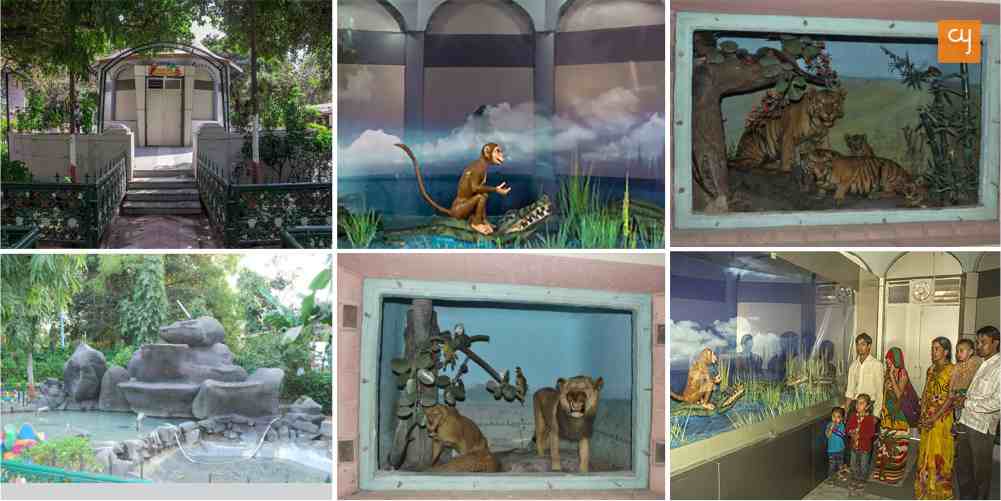 FOR THE ARCHEOLOGY HEADS

With almost 11,000 manuscripts in Sanskrit, Prakrit, Gujarati, Arabic and Persian, B J Institute Of Learning & Research is one of the rarer museums in Ahmedabad. A regular at H K Arts college, we did not know it is in the very same campus. Yes, it is. This museum has a huge collection of ancient manuscripts in different languages from the country and world as well. The collection also has paintings, almost 9000 coins, documents, 300 stone and metal sculptures and inscriptions. One can also see wooden replicas and some utensils as well.

FOR THE CURIOUS MINDS

Apart from these, there are some other museums such as:

Kalpana Mangaldas Balayatan Museum at Shreyas Foundation. It has an extensive collection of toys, crafts and objects of performing arts from fifty-four states and countries.

The Museum of Conflict better known as Conflictorium. This is what we would like to term as ‘present-day museum’. It has very unique theme of, “how conflict is an integral part of life but how a society manages to conflicts reveals how mature it is.”

Housed at the heritage Jethabhai ni haveli, Toy Museum will once again be open for public from July.

Toilet Garden, part of the Safai Vidyalay (Sanitation Institution), is located next to the Gandhi Ashram. The museum has on display a variety of over 20 urinals and toilets. While many people may find it funny, this actually addresses a grave issue.

Not many cities around the globe can boast of such variety in terms of museums they have. Ahmedabad apart from its architectural heritage is fortunate to be home to some amazing museums, this is a sign of the community’s values of enterprise, creativity and patronage.

Image courtesy of the respective museums.