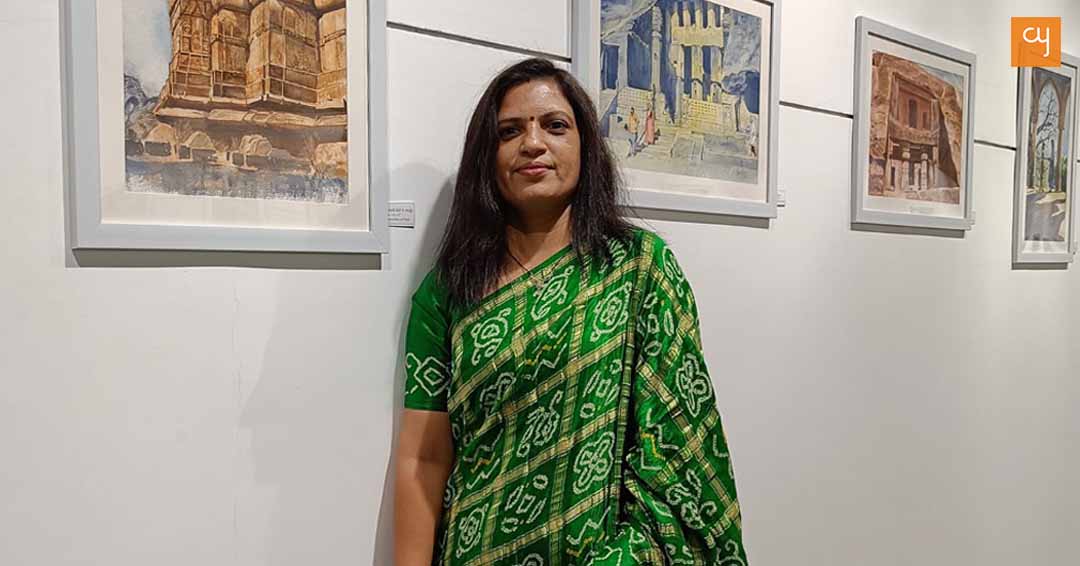 Two art shows are currently on in the city this week. Interestingly while one is a solo show by Yamini Gajjar comprising entirely of water colour works, the other a group show by Rajkot Art Society has a couple of water colours too, but it otherwise offers a variety of media and themes and also a few works which are unique in their approach, presentation and finish. 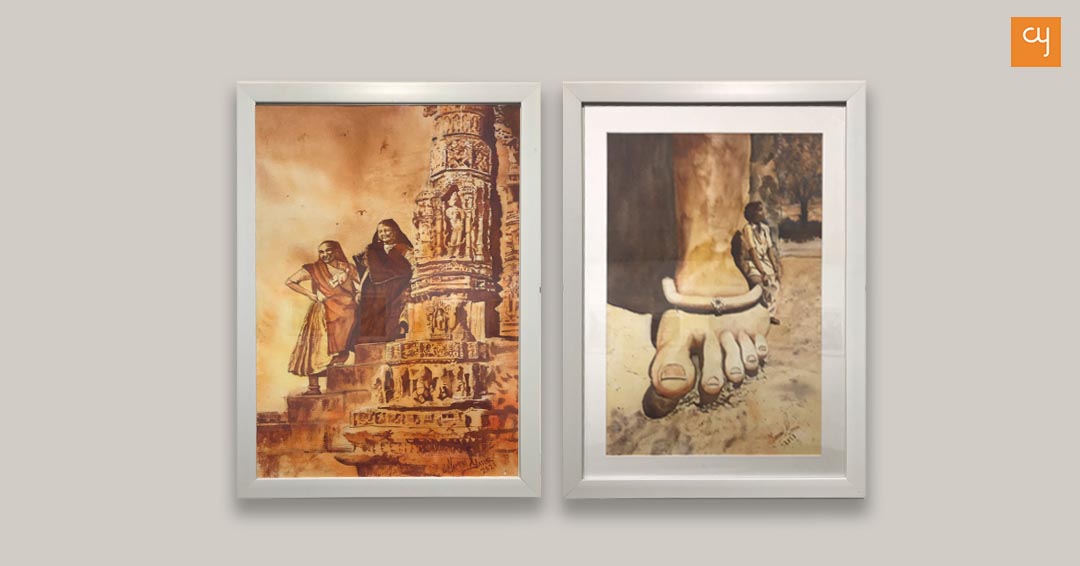 Yamini’s show started on Tuesday at Amdavad ni Gufa Gallery, whereas the show by Rajkot Society started at Hutheesing Centre on Thursday.

A postgraduate, a bachelor in education and also a diploma holder in fine arts from Kanoria Centre for Arts, Yamini has been mentored by the well known practitioner of water colours Bhavesh Jhala in creating this form of art with a flair. 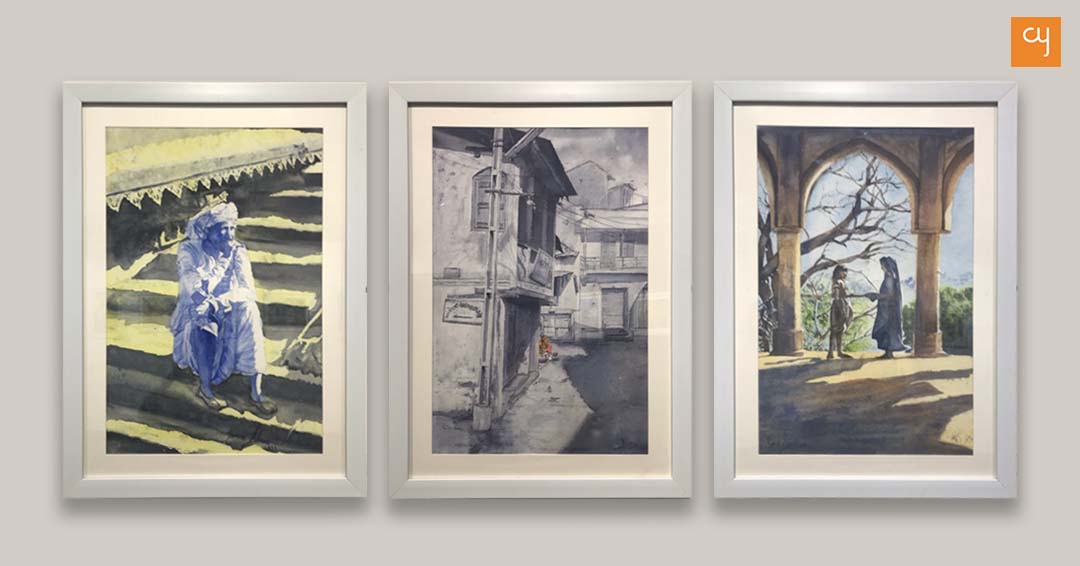 A lover of nature and heritage, Yamini thereby pegs herself in a distinct school of watercolour usage and creativity that also has very active and popular practitioners like Akriti Patel and a few seniors who are known for their exuberant streetscapes and seascapes both in watercolours and acrylic/oil colours. Jhala himself belongs here and has been mentoring more and more artists to add to the tradition. 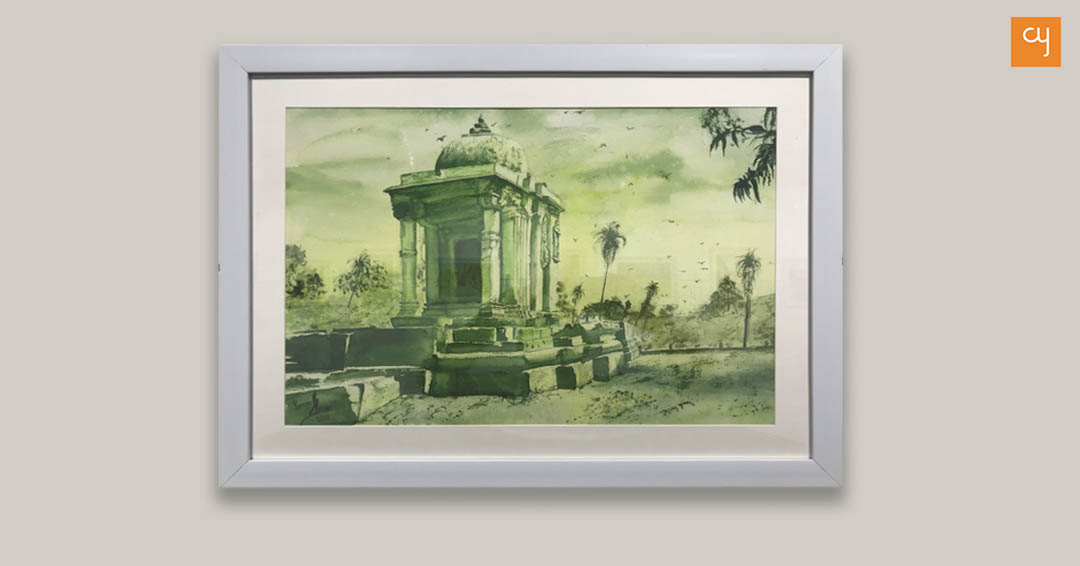 The artist Yamini uses ‘transparency’ as a special trait for creating her water works inspired by photography and the nostalgic structures of the built heritage of Idar, Modhera Sun Temple, Kanheri Caves, Mumbai and Kaleshwari temple, et al, in the present show. A grand-daughter-in-law of photographer Somabhai Mistry, she has relied on the latter’s street and heritage photography for creating many of her enchanting works. 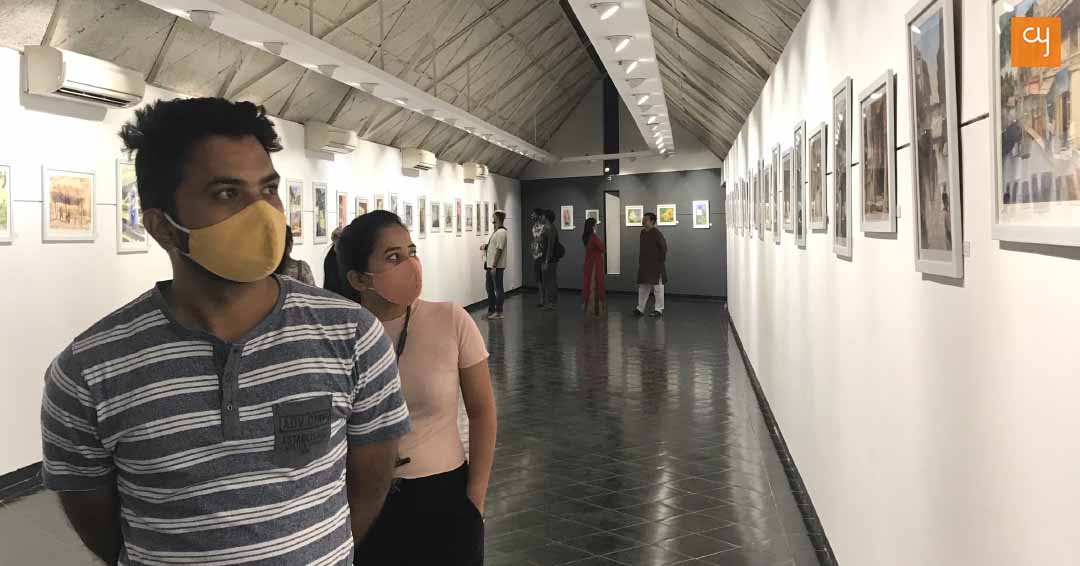 Yamini has also created for the current show interesting works like ‘My Moment, Deep Thinking, Greyscale Fovea, Old Beginnings, Waiting and Imitation’, some of which juxtapose, contrast and thus prominently bring out the human subject from against the background of the locational setting in visibly separate colour choices making them visual delights among the sixty odd exhibits created by the artist during 2020 and 2021. 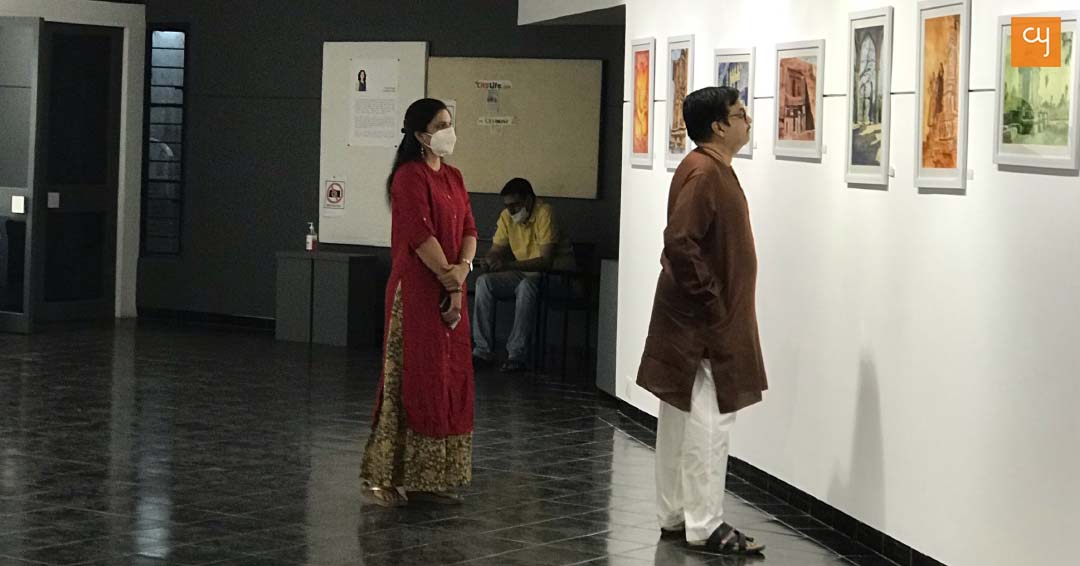 Her exhibits also include a good number of floral studies while the majority are created around the old city themes and other heritage spots as indicated by us. For the collector, the works are priced very attractively.

Yamini’s show offers a cool delight and is on till Sunday, November 14.