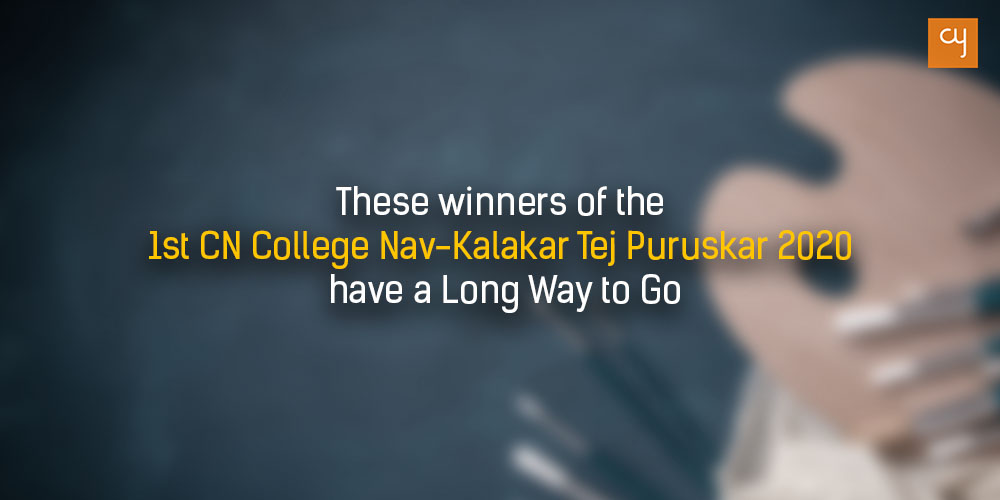 An unexpectedly happy development occurred this week in a quick succession when the informal entity Tej Memorial came forward to institute the captioned Awards/Prizes for the 5th Year Graduating students of the Sheth CN College of Fine Arts (SCN-CFA), based on their display of works as part of their final submission for award of their Diploma. While the idea was consented to by the College and the sponsoring entity intends to make it an ongoing tradition every year to encourage the young artists stepping out on their first threshold in real world, or even for further specialization, Zeel Contractor, Dipal Sisodia, Radhika Rami, Ravindra Sarvaiya and Anushka Shah were adjudged by the Jury as Winners for the first edition! 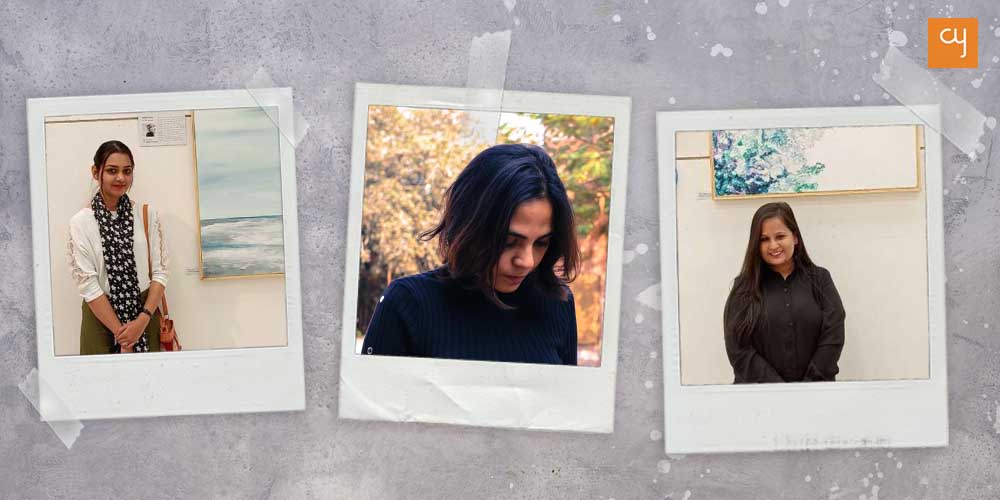 The winners were presented with cash awards, certificates and plaques at a quick ceremony held on Thursday at the College campus after the close of the Exhibition. The ceremony was attended by Principal Bharat Patni, Faculty Members, guest artist on a visit Ladbhai Prajapati and this scribe while Manhar Kapadiya conducted the proceedings. 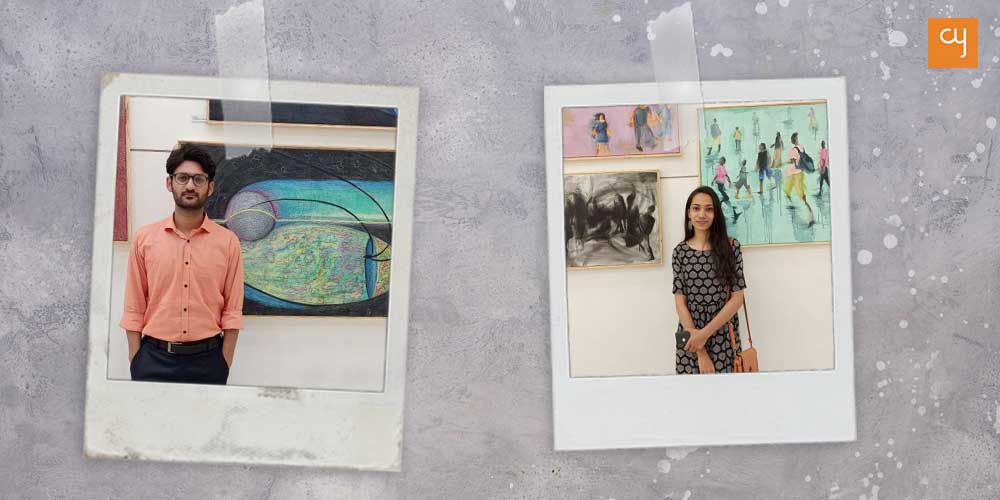 The jury comprising of Trupti Dave, Vivek Desai and this scribe had earlier commended five Awards by consensus even as it placed on record its appreciation of the works created and the varied media used for paintings and sculptures by all the nineteen student artists. 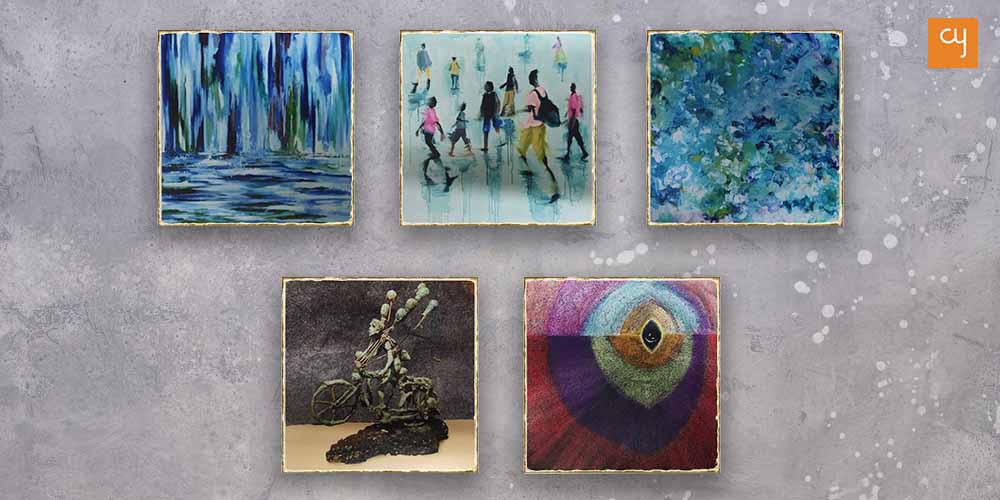 The winner entries are interesting studies in paintings (four) and sculpture (one). The painting titled The Rush 3 by Zeel Contractor was adjudged the First for its depiction of the mechanical routines of the urban dwellers who step out and find themselves wittingly or unwittingly rushing to catch a ride or walk the last mile to work in the mornings or home in the evenings irrespective of the weather of the Day. This work captures the ‘rush hour’ seemingly on a rainy day and presents a nice visual composition. The blurred faces of the men and women portrayed in the work poignantly point to how these people tend to become kind of “non-entities” among the milling crowds of the cities. The work is deemed to be an apt take on the harried and hurried daily urban life.

The sculpture Trin Trin by Dipal Sisodiya adjudged Second depicts the relief and sense of joy that the cycle-riding balloon seller brings to the streets everyday for the eagerly awaiting children and their doting mothers. The subject’s expressive and yet anxious face is unmissable on his own prospects for the day, even in this rough and tough medium. So is the sway and swirl lent by the artist to the vendor’s stuff on sale – the floating balloons. This becomes a nice sweet take on a window in the life of mothers and children, which fortunately has not vanished from our fast-changing landscape.

White Sea by Radhika Rami that was adjudged Third offers a clear, beautiful and a calm perspective of the Sea even as the artist delves more in abstraction by her own admission. The work radiates with the soothing ‘kinetic energy’ of the sea which has tended to be a favourite theme for both artists as well as adventurers from times immemorial.

The Shades of Sea by Anushka Shah again is a work focused on the sea that was adjudged by the Jury for the 1st Consolation Prize. The Sea in this work offers a mixed perspective inspired by a confluence of oceans which some of us may have seen in videos. There is a certain stillness here but varying perspectives have been merged and an abstract work has been created by a play of strokes in shades of blue and green.

The fifth work selected for the Second Consolation Prize is Utpatti 3 by Ravindra Sarvaiyya. Utpatti means the creation of the universe and life of all kinds for the time being known to be existent on our planet alone. This work that uses geometric forms is inspired by the enigmatic forces that balance the unending vastness of the cosmos. This vastness baffles a human being who in turn is competing with the forces of nature but with mixed results. The disastrous growth of material life on earth itself is before us and Utpatti in some ways is already headed towards Vinash at least on this planet inhabited by the Mankind, the smartest known creation of the universe. This in some ways is reminiscent of the Indian Trinity of creation, sustenance and destruction.