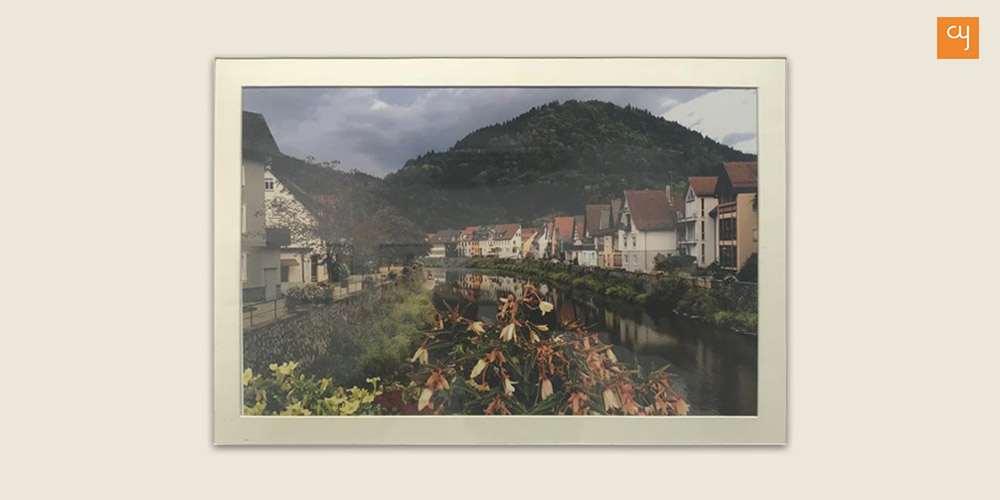 This week it is a Photography show at Amdavad ni Gufa. Coming precisely a year after Jyoti Bhatt’s pre-Corona Lockout show about the Indian Portrait – Part XI in March 2020, titled Mati, meaning ‘the dust’, this one at hand opened on Tuesday as usual in the presence of senior photographer and photography teacher Parmanand Dalwadi; Dean and Faculty Member in Fine Arts at MSU, Prof N G Bagodi and Bipin Patel.

The show is featuring eighty six photographs by Ramesh Lohar; and by contrast to the last show of portraits by Bhatt and Archer that we remember, it is about magnificent sights from around the world.

An interior designer by profession who is thereby required to see and interact a lot with architecture, building facades and interiors, et al, and so also in his hobby of photography, Lohar has nonetheless covered a range of subjects and themes from a number of places covered by him in his quest for domestic as well international travels. 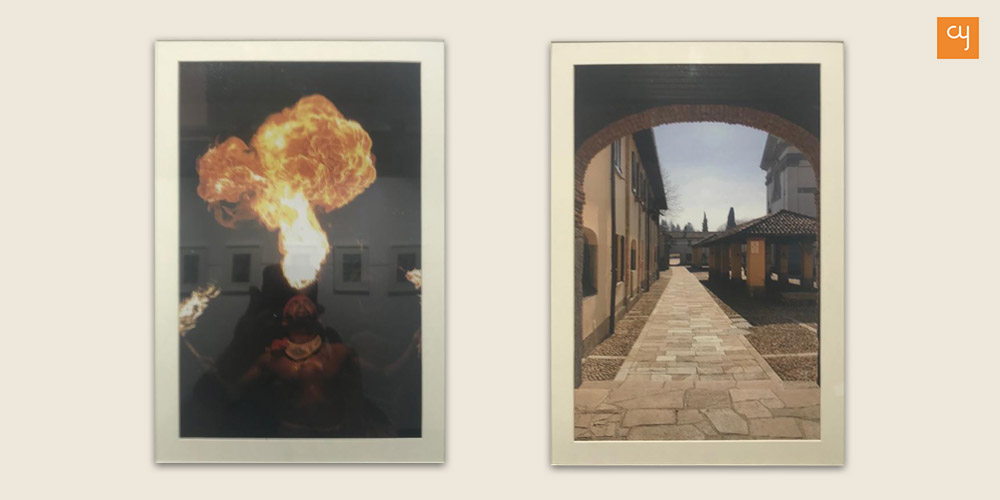 No wonder then you find the built heritage from Jodhpur and Udaipur captured in his shots on one side as also the newest building marvels from Europe or America on the other; similarly you see the flora and fauna on one side and the water bodies on the other. In what are presented as fun photos for ‘joy and relaxation’ with some ‘luxury’ thrown in by the way by the hobbyist photographer with no claims to superimposed ‘aesthetics’, these photos have been captured on a mobile phone camera while the owner has been mobile in long spells of his tours, as stated above.

Over to the content and you find that the most striking views in Lohar’s repertoire on show are perhaps a few aerial cityscapes that show sky-rise buildings by themselves or those that seem to hug each other and famous towers like the Eiffel – the latter with its night view when it is illuminated for tourists and Paris dwellers alike! The angle chosen by the photographer for the Eiffel is something that puts the Tower apart – from its usual mundane views; even as Eiffel remains a much shot and shared sight starting from its building stages among the select photos of the world that “one must see before one dies on this earth”! There are of course more views in this class with one having captured the shadows of the twin buildings of the Taj Hotel in the sea front at Gateway of India, Mumbai! 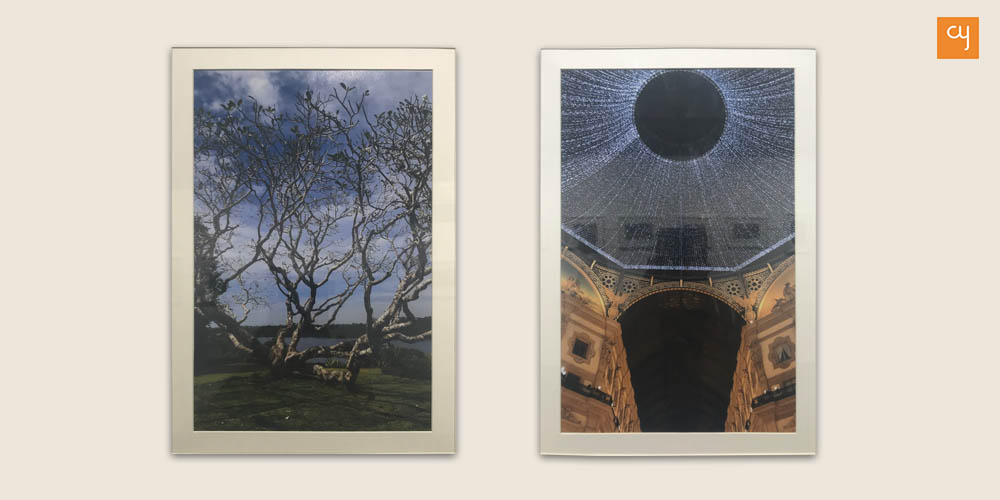 Other historical buildings that have been sighted and captured differently by our architecturally inclined friend are the Saint Peter’s Basilica at Vatican, the Forts at Jodhpur & Udaipur, some Chhatris that commemorate the memory of Rajput kings or chieftains in Rajasthan and long shots of towers in the city centre at Venice, etc. While on history, you also see the Bridge of the Last Sigh on a canal again in Venice. This phrase is associated with prisoners condemned to death or a life sentence till death, waiting for them in the prison on the other side of the bridge – so these were the condemned ones who would never see the civilized world again. 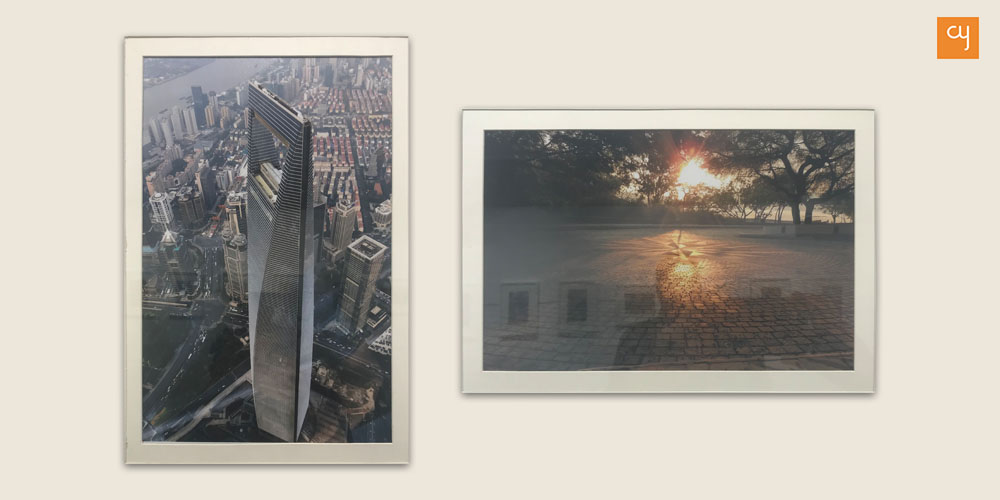 Some stellar views of barren trees, birds of the sparrow and other species, ponds with still water but hints of foliage and lotuses and varied views of the sunset also substantially bring out the nature lover in the photo-artist who is just not conscious of any dictates of aesthetics. While places and locales abound in this show, ‘people per se or people at work’ like the folk artist of the fire-spitting variety, most likely from Rajasthan, just seem to appear minimally.

Overall, the show does offer lots of seen and unseen sights in grandeur which can both refresh you and your memories if you are a traveler too. With neatly mounted photos displayed with equal élan, this show of the real contemporary world is worth a visit and is on till Sunday, March 21.