Heart : Beat – The Pulse of the Warli Art 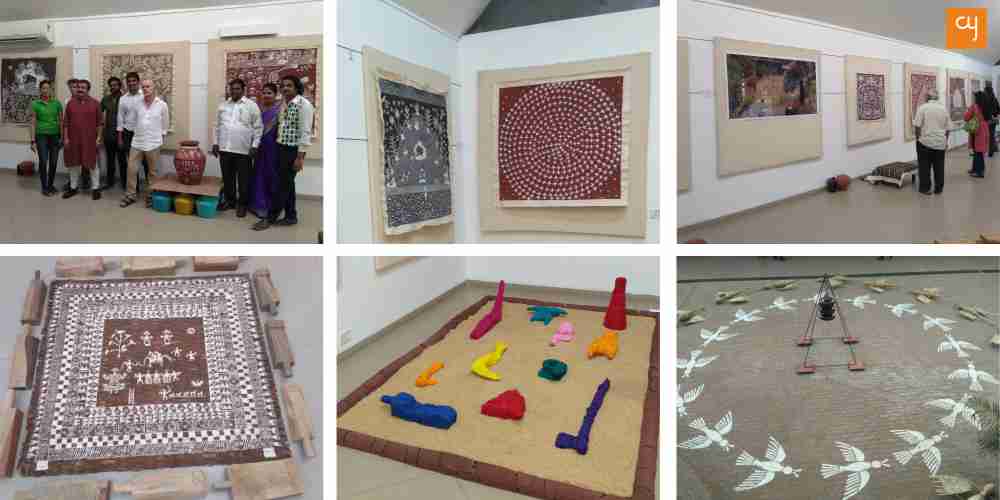 Heart : Beat is an exhibition that showcases and re-imagines Warli art. Stemming from a residency programme in Bapugaon, in the Warli Heartland, it incorporates different forms of arts and crafts from the region and was on display at Kanoria Centre for Arts till the 5th of April.

A flock of birds painted with rice flour and made with bamboo are laid out in circular forms on the ground. These enclose a triangle, which appears to be a representation of an electricity tower, made using transformers to show their ubiquitous presence in the region. This novel exhibition is not only about traditional Warli art. It looks at a larger perspective, at the changes which are happening in society in recent years.  Each of the artists involved in this exhibition has interpreted and reinterpreted the art form in myriad ways. Traditionally, Warli art – which was painted on the walls of homes by women to commemorate important events, using simple geometric forms – was always created as if it has been visualised from the top. In this exhibition, some of the installations have re-imagined the works in 3-dimensional space. One of the installations looks at the Chowk, which is an important element in Warli Art, by physically re-creating the space. Some other artworks incorporate plastic since the material has become such an integral part of life. These artworks can only be experienced to be appreciated. 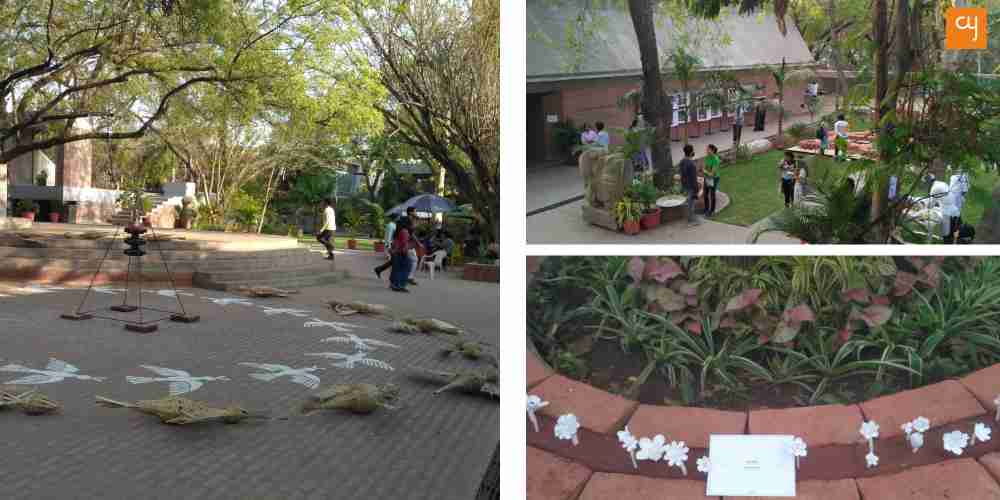 On the 31st of March, “Heart:Beat – The Warli Project” was inaugurated at the Kanoria Centre for Arts. The exhibition is a result of a long journey which began almost a decade ago when two British artists, Barney and Jeremy, became fascinated by Warli art and started exploring it. Looking at it through different perceptions, they began their journey of reinterpreting the art.

Jay Thakkar, Associate Professor at Faculty of Design at CEPT University, and Head of Research at DICRC explained the concept and thought processes behind the exhibition while showing us around. The exhibition emerges from a project which began in 2016, around the months of September and October, at a residency in Bapugaon, in the heart of the Warli area. It draws upon a multidisciplinary team of sound artists, artisans, architects, interior designers, film-makers, sculptors, ceramic artists, textile artists and crafts researchers. This can be seen in the distinct installations at the exhibition. 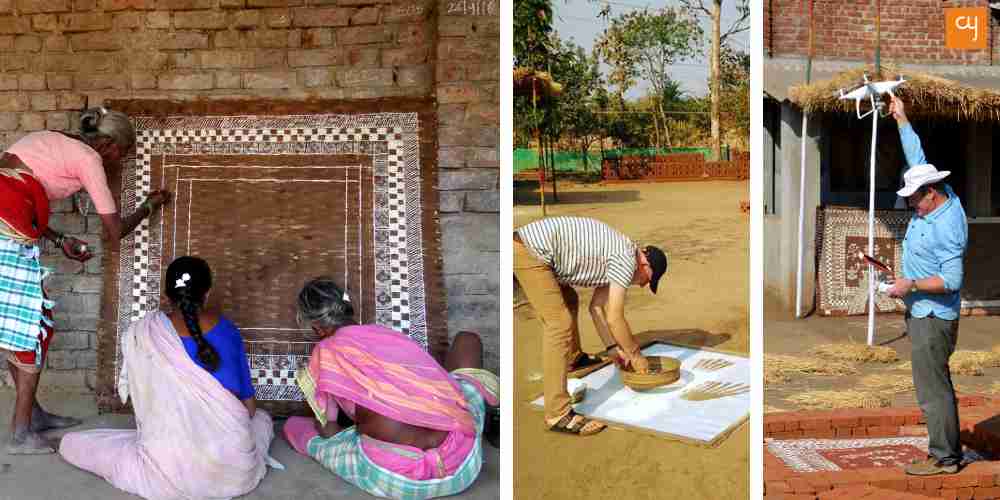 During the residency phase, the team lived and worked together at ‘The Hideout’ retreat in Vikramgad, from where they undertook initial research – meeting and engaging with Warli painters, local craftspeople, artisans and cultural producers. They were also involved in observing the daily rounds of activity in the towns and villages. The artists travelled daily to the village of Bapugoan; home of the project’s lead artist Ramesh Hengadi. Here, working alongside, and in collaboration with, local artists and craftspeople, the residency artists began to formulate their “response” pieces of art-work. This phase involved intense discussions, arguments and debates, and was focused on making cross-cultural connections. The residency culminated with a “pop-up” exhibition, a one-day event set up in the compound of Hengadi’s home. It included the artists’ installations, soundscapes and film, along with a series of 10 commissioned Warli paintings on the theme of “change”. Together, the work created an imagined Kendra in the heart of the village. The Heart:Beat event was attended by over 1000 people, including 350 local schoolchildren.

We can say that the result of this painstaking exercise is a marvellous exhibition which looks at Warli art beyond our regular imagination of it.

An interesting aspect of this whole process has been the collaborations between the residents and the art forms of Stoke-on-Trent, UK – the convergences and similarities in the lives of the people who come from these different spaces.

We also spoke to Ramesh Hengadi, the noted Warli Artist who has been working on this art for the past 25 years. He was deeply involved in the project and said that this exhibition furthers his vision of taking Warli art to an international level. He wants the world to know that Warli art is not just about figure painting, but also has deep meaning in the culture and lifestyle of the people – with the art being created for festivals, rituals, farming and daily life, alongside portraying these aspects.

The exhibition at Kanoria Centre for Arts will travel to England later in the year, where it will be exhibited in Harley and Manchester. This must-visit exhibition provided an artistic opportunity that few Ahmedabadis would have dared give a miss! 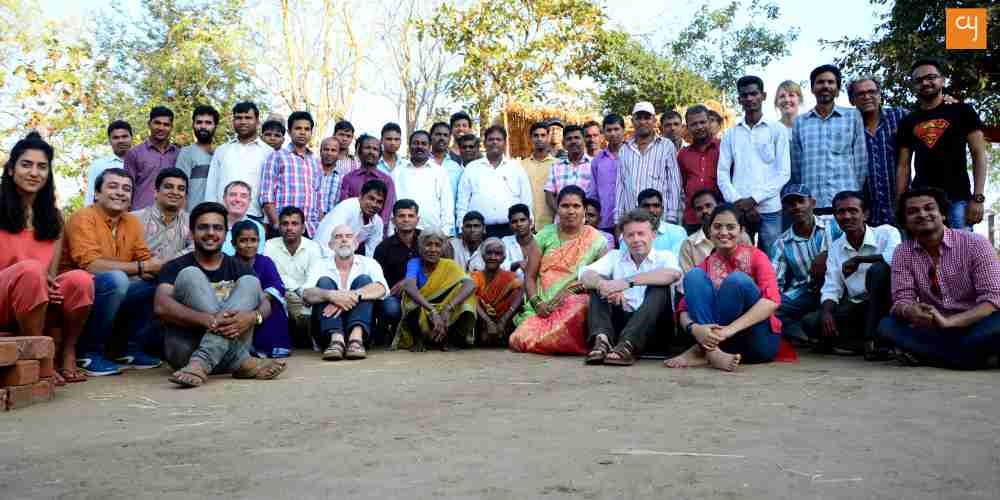