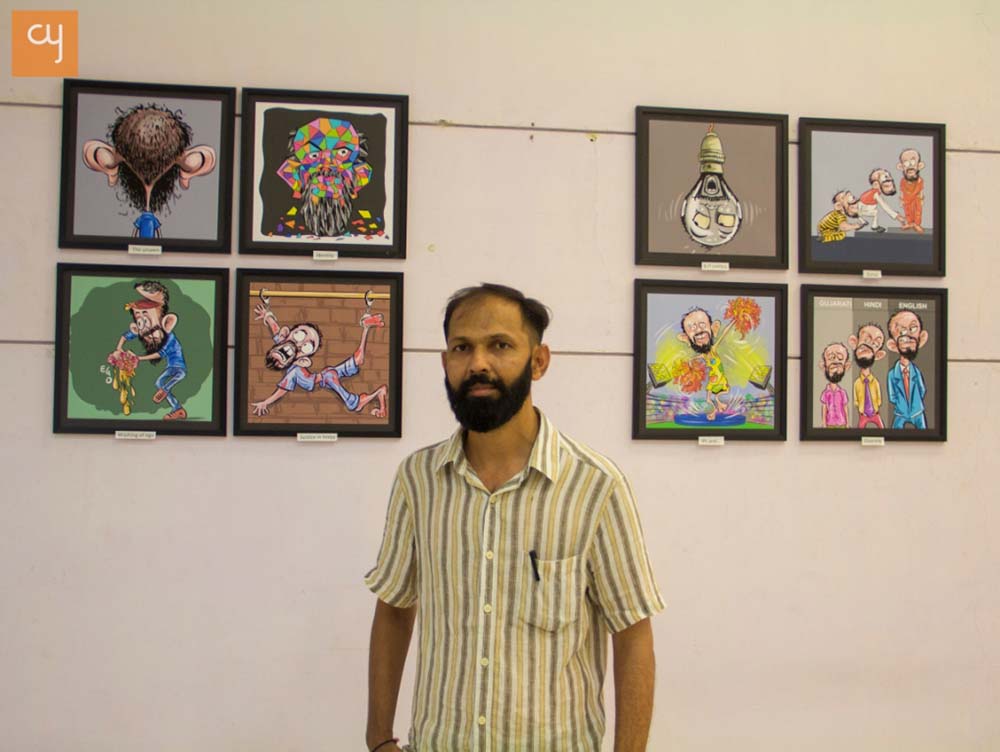 Ashok Adepal a self-taught cartoonist who has been contributing cartoons on varied subjects to established media portals like Gujarat Samachar, DNA (Daily News & Analysis), Divya Bhaskar, ETV Gujarati, etc. since past 15 years has displayed his collection of 100 Selfie cartoons at Hutheesing from June 2, 2017 to June 4, 2017 in the form of a solo exhibition. ‘Selfie’ the term,  that got its official status in August 2014, is a process of capturing ones own self in the photographic frame. The artist has used his own caricatured outline in different situations showcasing subjects of current affairs, news and conflicting social issues. The subject of Selfie Caricature is one of a kind and was produced using tablets and unique creativity by Adepal. 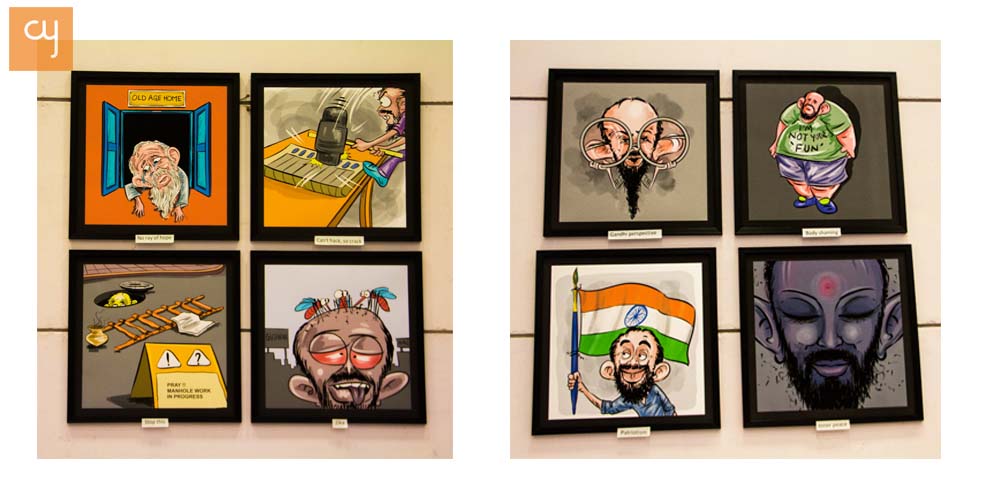 The journey of these cartoons began a year ago when Adepal posted a graphical cartoon on his social media account and received a tremendous response by people. He continued making these masterpieces and finally came up with this exhibition. Inaugurated by Shyam Parekh, director of DEW School and Gujarat Literature Festival, the exhibition has been visited by senior artists like Natu Mistry, Mahendra Kadia and Ramesh Halari. 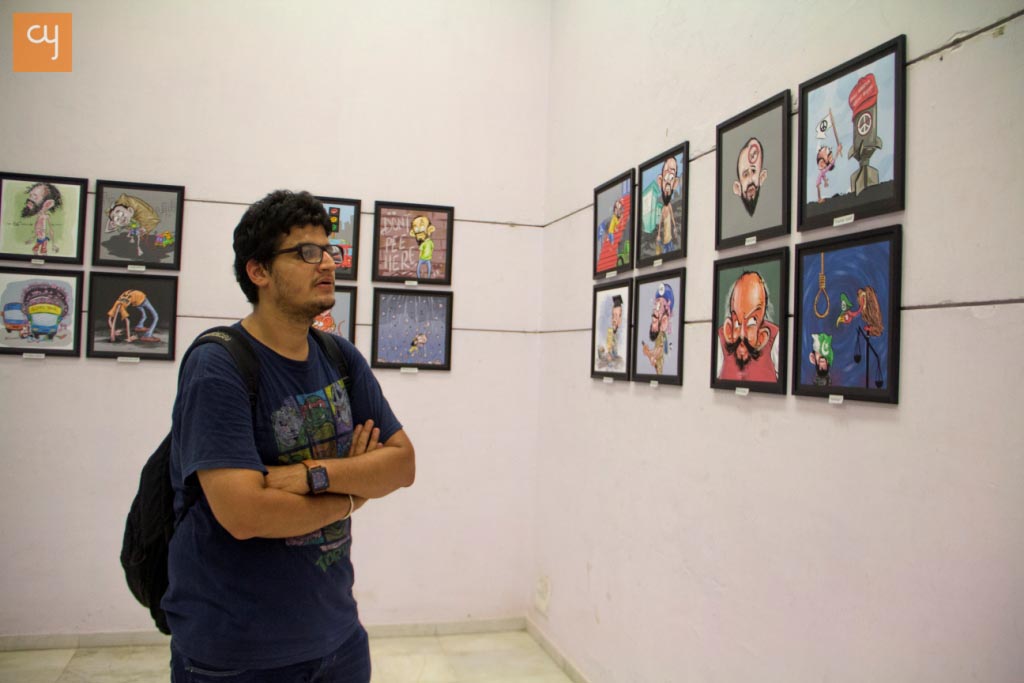 Ashok Adepal, who hails from Banaskatha, Gujarat has made artistic use of his own face line in these crafty cartoons. Banking on this feature he went beyond his actual identity and portrayed himself according to the situations. He not only became empathetic to circumstances and creations but also connected with the audience while giving them a first-hand experience and not involving any third character as a medium in his artworks. The dynamism of his subjects included sports, politics, digital depression, terrorism, global warming and various other situations. His projects have been portrayed in many galleries across the nation, and this is his second exhibition in Ahmedabad so far.