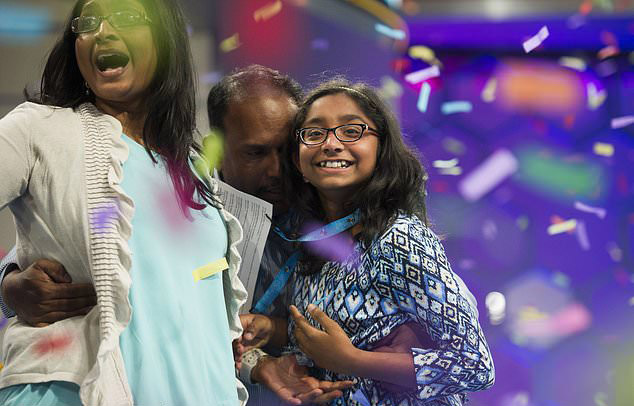 US Scripps National Spelling Bee Competition is a marathon of the brain where participants from across the nation are asked to spell dreadfully difficult words throughout the 21 championship rounds to win the final title and $40,000 cash prize. And this year it has been grabbed by 12-year-old Ananya Vinay, an Indian origin 6th grader from Fresno, California. Vinay competed with 14-year-old Rohan Rajeev, who became the runner-up of 2017 after spelling the Scandinavian word ‘Marram’ incorrectly. And Vinay who broke the silence of the competition by Spelling the word ‘Marocain’ correctly. 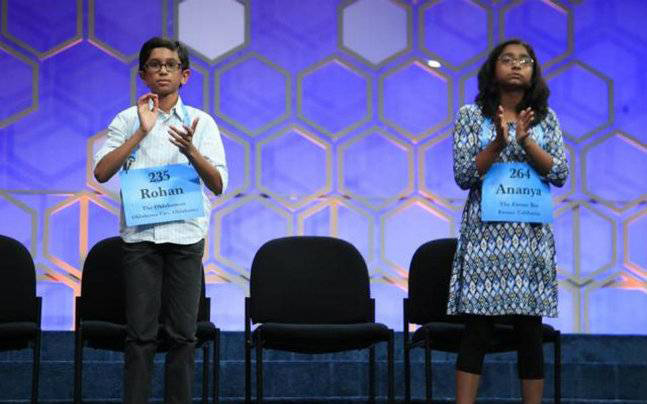 Totally 291 spellers had competed for the 90th edition of National Spell Bee Contest, which was held in Oxon Mill, Maryland on June 1, 2017, Thursday and Vinay is consecutively the 13th Indian American to win this title. It all began in 1999, with Nupur Lala’s winning trophy and Vinay is now also the 18th to have an Indian heritage from all the 22 winners so far.

Ananya Vinay is in talk these days after CNN reporter made a racist comment while asking the champion to spell the word ‘Covfefe’ during a live broadcast. President Trump used the word in a tweet, and its meaning is still considered as unknown.