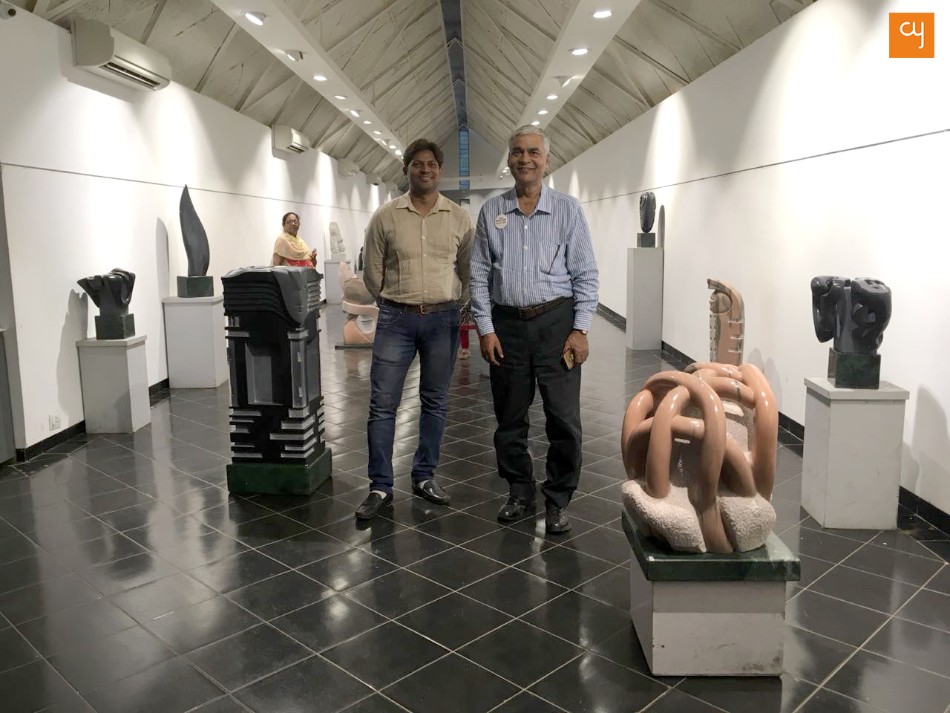 Of late, Ahmedabad has witnessed far fewer sculpture shows than it is used to. As if to compensate for this, however, the father-son duo of Amit Singh and Gyan Singh has come out with a collaborative exhibition of marble sculptures that displays more than 40 artworks carved out by hand from marble. Opened on September 4, the show displays some sculptures that are as tall as 5 feet in height, which range in price from Rs 10,000 to Rs 5,00,000.

Senior sculptor Gyan Singh, who received the National Award from the Lalit Kala Akademi for his works in 1996, is exhibiting 21 of his works that are inspired by both traditional and contemporary art. His son Amit Singh, an alumnus of College of Art in New Delhi, has showcased 19 marble sculptures. Since all the sculptures are made in the same medium of marble, and most possess a surrealist approach, it is tough to differentiate the works of the two artists. 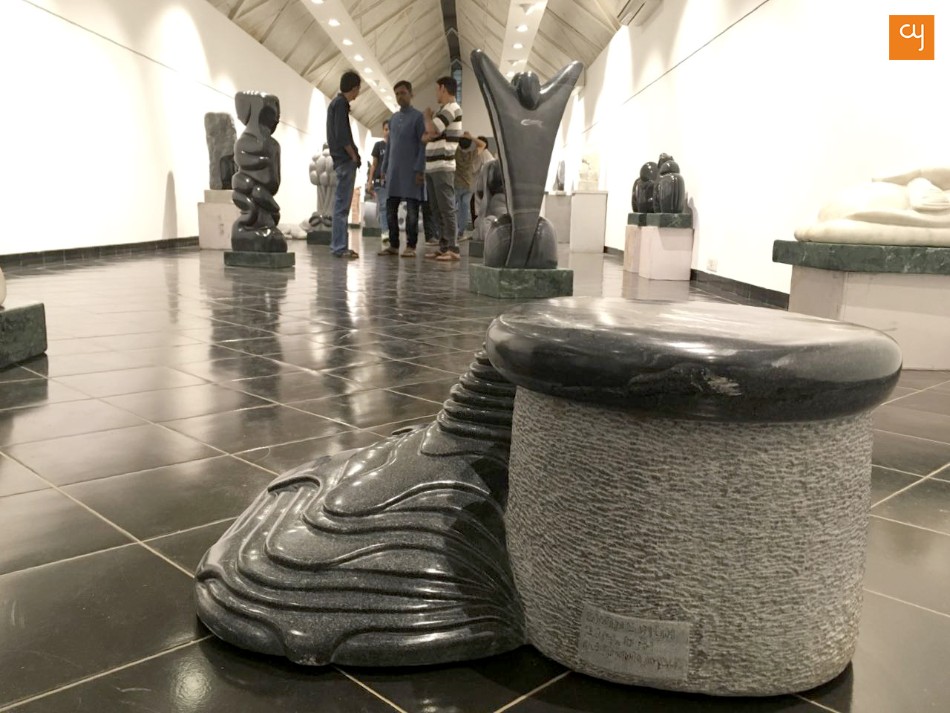 Gyan Singh, who shifted from Varanasi after completing his Masters in Fine Arts from Banaras Hindu University, settled down in the rocky terrains of Udaipur. Thinking Udaipur will be an apt destination for choosing the best stones for his sculptures, he rejected numerous job offers to start working as a freelance sculptor here. He soon established his private studio in Udaipur. The artistic experiments of his son and daughter also flowered in the Udaipur studio itself. They were highly inspired by their father’s thoughtful works, which are today in the collection of various educational institutes across India. Gyan Singh has now retired from his sculpture practice and Amit has taken over the Udaipur studio.

Amit Singh who has won numerous prestigious awards, including the All India Award from South Central Zone Cultural Centre in Nagpur, and Annual Award from the College of Art in New Delhi, works on the themes of humanity, nature and architecture. Explaining his artistic approach, he said, “In most of my sculptures, I try to depict the pompousness of the human attitude. I want to explain how humans constantly try to take over nature with their mere human-made progress.” His sculptures, shaped like works of architecture, tend to juxtapose linear man-made forms with the curved and organic shapes of natural elements. 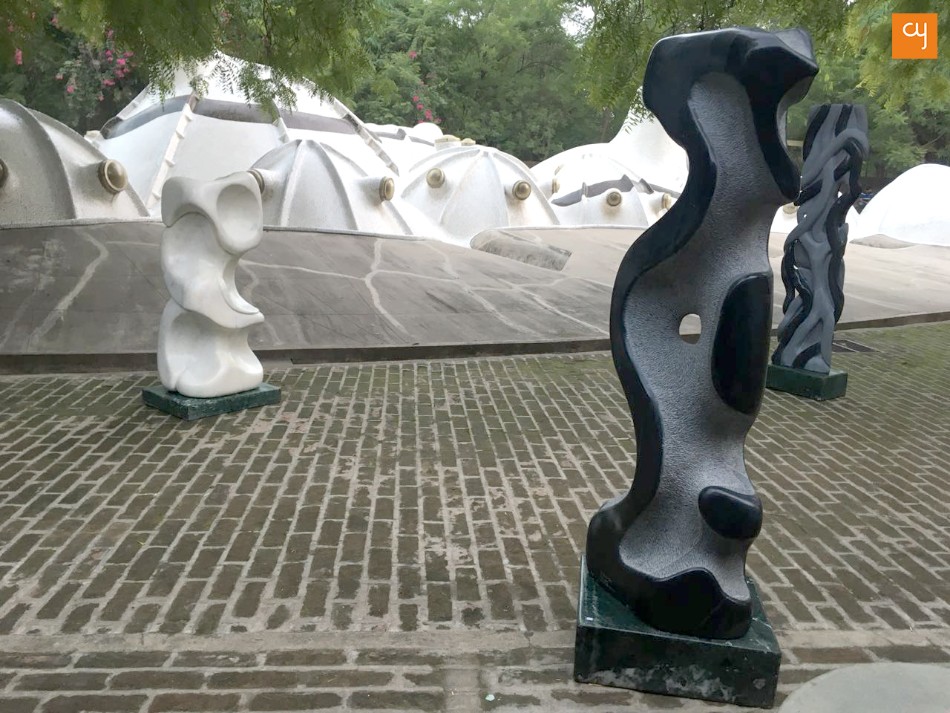 Witness this majestic journey carved out in marble. Visit the Amdavad Ni Gufa until September 16, any day from 04:00 PM to 08:00 PM. You can also interact with the the two artists to find out more about their artistic journeys and approaches to their work.