“I thought of making a journey poem”: Searching for lost women with poet Meena Alexander 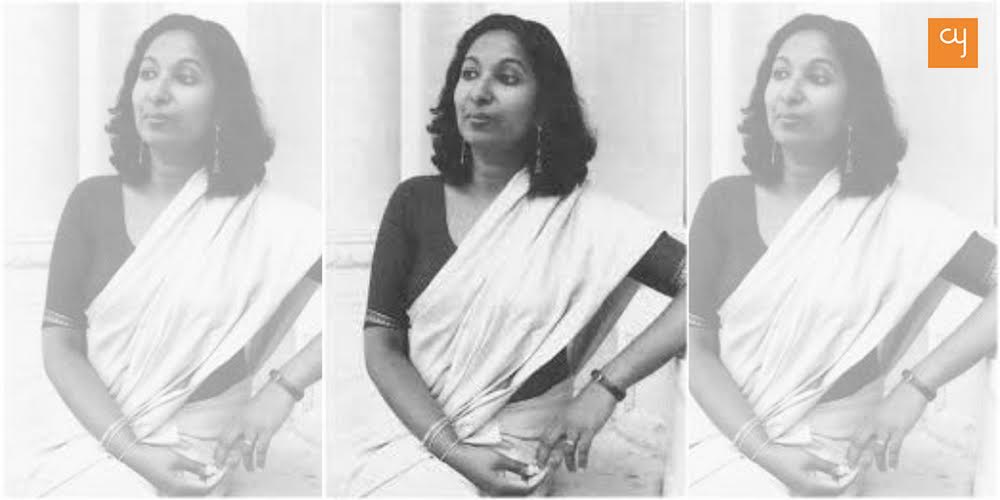 Meena Alexander wrote about the relationship between history and poetry and returned to memory often through her works. In this article, we focus on what the poet left behind and in particular, a lesser-known work of hers, Dreaming in Shimla: Letter to My Mother, written as a journey poem during her stay at IIAS.

Many mourned the loss of the great poet, Meena Alexander, in November 2018 and rightly so. But for those of us who belong to a generation that was born much later that Meena’s, the loss may not have been completely understood.

My introduction to most women poets from India was through the celebrated Nine Indian Women Poets collection edited by Eunice de Souza. This is where I met Imtiaz Dharker, Smita Agarwal, and Mamta Kalia. This is also where I met Eunice de Souza for the first time, a woman who led me to Jana Bai, to the first Buddhist nuns, and to her own words that continue to hit us hard even today. However, this isn’t where I met Meena Alexander, for I read her quite differently, stumbling upon her work only by chance, as I recall it today.

Dreaming with Meena: Poetry and History

Meena Alexander was born in Allahabad in 1951and grew up in Kerala and Khartoum. She wrote several full-length poetry collections and essays, two novels and an important critical study of the Women in Romanticism highlighting the works of Mary Wollstonecraft, Mary Shelley and Dorothy Wordsworth. She also wrote a memoir called Fault Lines in 1993, and expanded it in 2003.

While some of her most well-known works include Atmospheric Embroidery and Birthplace with Buried Stones, it is through Dreaming in Shimla: Letter to my Mother that I discovered Meena and it is through it that I’m slowly learning what she left behind. A slim collection of poems written during her stay at IIAS in Shimla, this book attempts to answer a question Meenawas often haunted by—what relation does poetry bear to history? One possibility, she shows us through her poems, is in the way landscape, poetry and history come together to create a journey in time. In an essay following the poems, she writes:

“Landscape permits the present to irradiate what we feel of the past, so that elements of our lives start to clarify and take shape within the symbolic space of the poem. Making a poem in this way has to do with allowing one to exist in the present, freed but not shorn of the burden of a past—lacking which the self could not exist.”

Poetry and history may then really be closely bound, she concludes, “even as they split apart.” In a wonderful poem called “Question Time” written in response to a question asked by a student— something of the effect of explaining if poetry had any use—Meena answers in a tone that is neither offended nor offensive but one that shows the beauty and grace in poetry, that gifts us freedom to dream up some room for ambiguity: “We have poetry/so we do not die of history.”

There is a point though at which they converge, brought closer by the landscape as she shows us in “Dreaming in Shimla” where she returns to memory—by travelling to the edge of the mountain where women wandered, by peeking into her grandmother’s diary that shored up private moments, and by remembering the Kanjeevaram silk given to her by her mother, as if readying her to be a woman.

The Journey Poem: Letter to My Mother

The book itself is divided into four parts—two poems and two closing essays. The first poem is a prelude with three smaller poems within it: “Fragments in August”, “Game of Ghosts” and “Future Perfect”; the second poem is a journey poem called “Dreaming in Shimla: Letter to my Mother.” This one comes from her desire to write “a cycle of poems,” she writes in the essays, “something that would have a woman at the heart of it, a woman born in Uttar Pradesh, just after mid-century. She had travelled right from childhood. She was trying to keep a journal. I had hopes of turning these fragments into a poem.”

This poem then becomes the center of the book, and everything else an aside to it—an answer not necessarily found on the way as one journey into the main poem, but all that stands in the background and says, here is the garden where the birds sat every morning, here is the tree slightly broken but hanging there, here are buildings, come take a look, this is where I sat on a bench every morning, right here, next to the birds.

“Under the twisted branches of Himalayan oak and wild rhododendron,
The whispers of lost women:

Child brides forced to bear firewood
Up the slopes for the fretted furnaces of lords and ladies,

White-haired women with their makeshift canes,
Bodies bent in a hoarse wind that rattles bridge and bay window”

Every morning Meena walked from her room in the lodge to the mountains, snow-capped in the northwest, with a notebook in one hand and her envy for Basho’s great freedom in the other.

“I wandered all by myself into the heart of the mountains of Yoshino,” wrote Basho and his words stayed with her. Wandering all by herself, Meena Alexander dreams of the women lost and preserved in writing—Mira “half-naked/feet cut with stones/singing hymns to a dark god”, Curzon’s daughter who returns as a ghost, and her grandmother whose diaries opened a world that dictated the recipe of Mutton Curry simultaneously with the news of Gandhiji’s injunction to spin—a past one returns to through poetry.

It is no surprise then that the first poem begins with the lines: “Dear Mother, please do not call me any more/I cannot pick up the telephone/I am preparing for you to disappear.”

This is the voice we catch the narrator in—imagined by Meena but perhaps much of herself. A recurring motif of a blind man returns in the poems and with him a girl in a frayed dress with her “hem line torn” and monkeys encountered during the climb up the hill, who now peer through the bathroom window:

“One has smeared its face with coal

Another has a pumpkin mouth
The third, blood around its nostrils

I press my palm against the tottering screen
To shield me from the gaze of these creatures.”

Erika Duncan, author of A Wreath of Pale White Roses, shared a story of Meena’s in her tribute essay, “A Portrait of Meena Alexander” where one finds her battling her fear of being caught in the act of writing—

“I think of the child, of the child who was so frightened at first to be writing she used to hide in the toilet with her pencils and her little blue-lined sheets of paper, inundated by the shame but also the sensuality of the odor. I think about the five-year-old taken away from her familiar ancestral home in Kerala, transplanted to the desert country of Khartoum, who’d hide what she had written in her underwear.”

How tragic would it be to not have had a writer like Meena write at all. To think of all that she has left behind is to realise every passing moment that no amount of remembering will ever do justice to the way she took us to meet the ones on the peripheries—the women hiding behind screens, behind songs sung with cracked feet and dreams, behind secret diaries and wild cottons—but that we must remember anyway.

Looking back at her body of work a few days after we lost her, Kazim Ali in an essay titled “The Terrifying Condition of the Human Heart” wrote: “Her work shimmered with beauty but always—always—the tension of violence quivered just beneath. A boy would have a streak of blood on his shirt, a metaphor would seem oddly askew, a little disconcerting. One haunting figure that roams through her work is a girl who eats stones—[who] holds them in her mouth and slowly swallows them.”