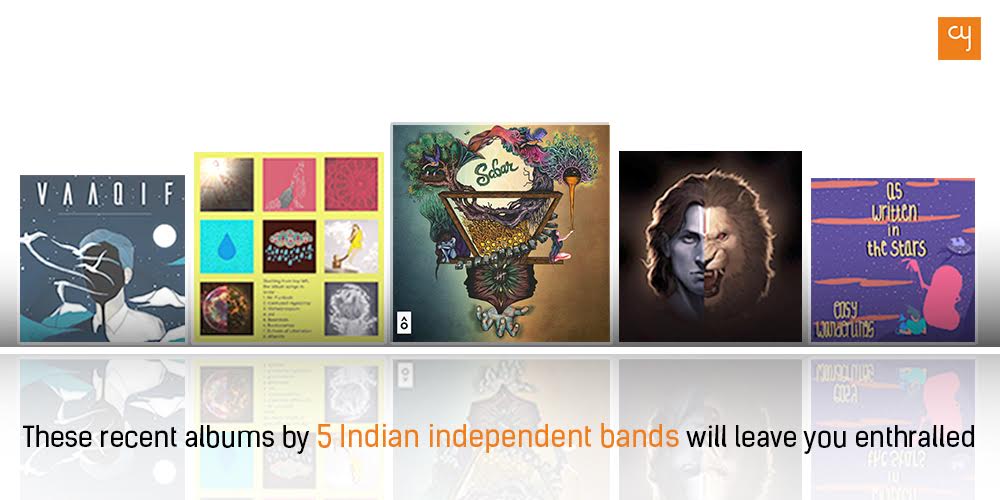 Are you planning to spend the day working on your latest painting? Are you setting the scene for the perfect first date? Do you have a party this weekend? In this list, we feature an album for every person and every situation, ranging from Carnatic rock to Urdu pop. Check out these releases of Indian independent music!

Hovering somewhere at the intersection between rock and pop, this album is a powerhouse creation by Delhi-based band The Local Train. Though each of the tracks in Vaaqif has its own personality, there is a heavenly feel that is maintained throughout the album. Transitioning seamlessly from the upbeat, road-trip-with-friends track Khudi to the pensive and nostalgic Mere Yaar, Vaaqif seems to capture the sound of a new tomorrow.

You can identify the Carnatic influence in the alternative rock music of The Iyer Project in the way that its guitar players approach their riffs and hammer-ons, and also in the interesting melodies inserted into their songs. Based in Delhi, the band relinquishes all norms right from the onset of the album. Their compilation begins with the angsty lyrics of Mr Funkesh, and is followed by a Ganesh kriti rendered in Carnatic-bluesy style. It just gets funkier from there.

Delhi-based group Shadow and Light’s album encapsulates all the good qualities of fusion music. Their jazzy synth harmonies and chord progressions bolster the already strong Hindustani classical vocals and melodic ideas of vocalist Pavitra Chari. Each composition by this band is unique and fulfilling. In fact, the entire album is a joy to listen to. Thoughtful lyrics, soothing vocals and insightful instrumentation combine to create a prismatic experience!

TamasaT, the latest single by Bangalore-based band Project Mishram, begins innocuously, hardly revealing the spectrum of music that you’re in for! The idea of the song stems from the meaning of the words Tamas (physical or metaphorical darkness) and Sat (truth/existence). This yin and yang is apparent in the structure of the song. It begins with syncopated, offbeat drum beats and a calming Carnatic aalap that’s echoed on the flute, with passionate lyrics: “I am the universe, the atom.” But you have to listen to the full 8 minutes and 50 seconds of this entire track yourself to experience its sheer musical firepower.

Last but not the least, we feature the curiously named band Easy Wanderlings. The poetry and simple acoustic guitar in this band’s tracks transport you to a fairytale land immediately. ‘Ethereal’ is a fitting though overused word to describe this band’s soothing and unique style. Wistful vocal harmonies and cameos that feature accordions and flute, paired alongside lyrics about summer and the clouds, truly make for a classic and dreamy storytelling experience.