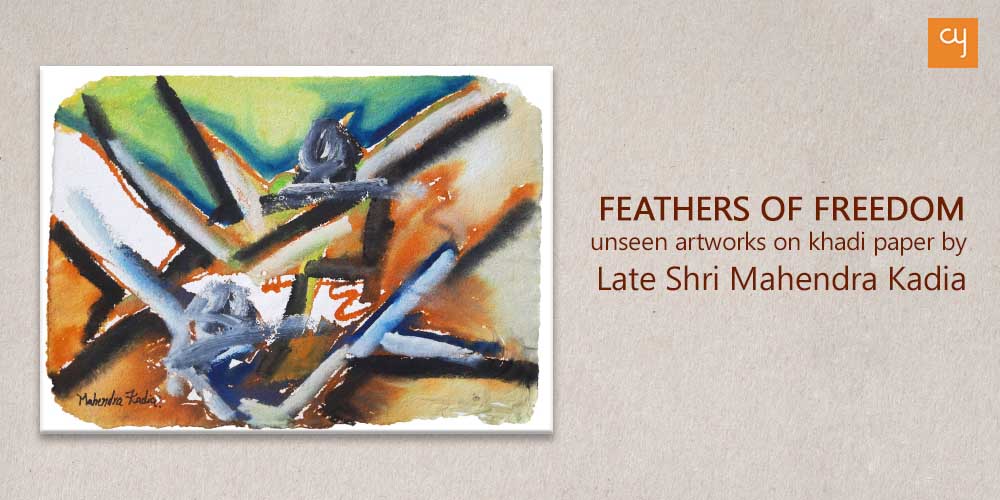 Prolific Artist, Curator, Art Administrator and Adviser late Mahendra Kadia (1956-2019) was fondly remembered by family, friends and arts fraternity here on Sunday with the opening of a grand arts show of his works as also by launching the Mahendra Kadia Art Foundation (MKAF) to carry on his artistic legacy among the youth.

Opened at the Hutheesing Centre, the art Gallery named after Leela and Purshottam Hutheesing, and nurtured for a long time by late Kadia first as its Secretary in seventies and later as its Director, the show Feathers of Freedom and the launch of the Foundation were both planned to coincide with the World Sparrow Day in keeping with the artist’s love, fancy and passion to paint this special bird. 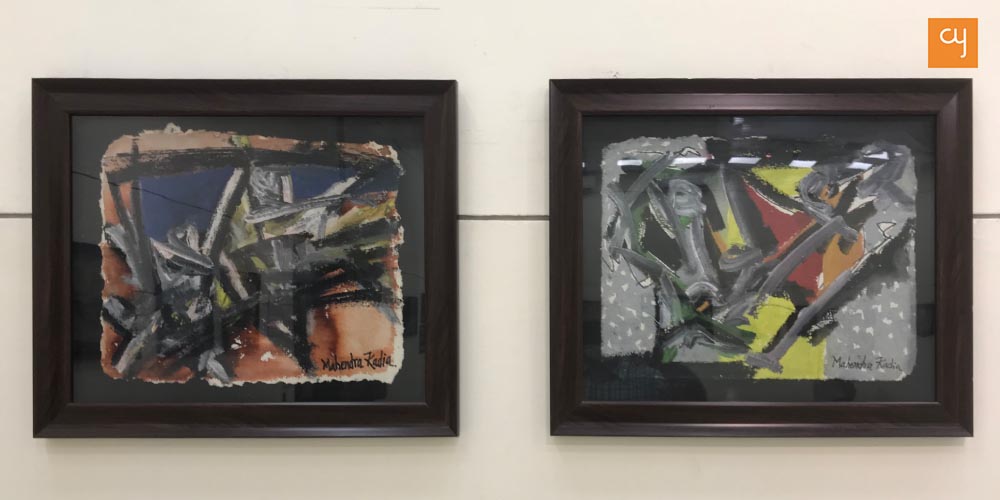 The World Sparrow Day is observed interestingly along side Smile Day in an interconnected extension of the Oral Health Day, on the third Sunday of March every year.

Popularly known and loved in India as the little Chiriya, the Sparrow has inspired poems and nursery-rhyme-like songs worded as ‘chun chun karti aayi chidiya, daal ka daana layi chidiya’; and has lovingly dotted the romantic world of the little kids for generations; but is unfortunately threatened for survival lately. 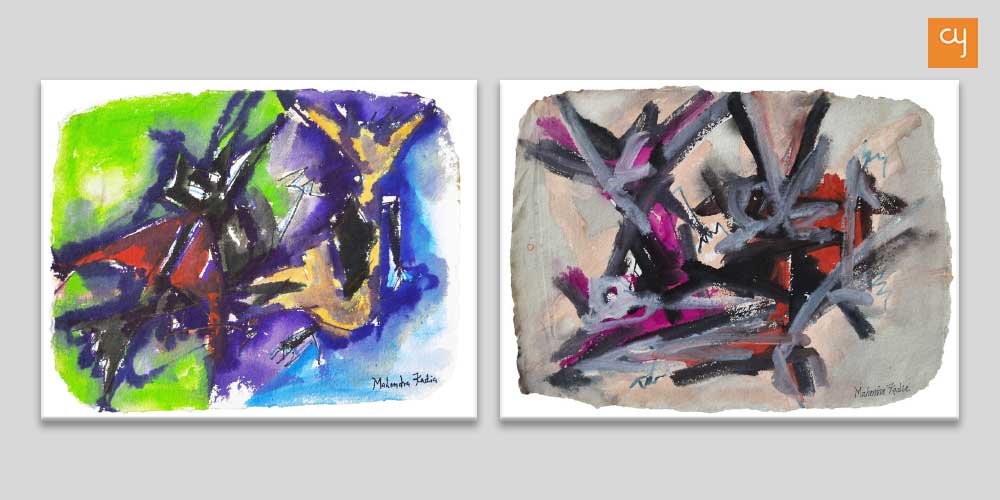 Starting to paint the sparrow from his childhood home in Dariapur area of the walled city of Ahmedabad, where flocks of the then ubiquitous bird were to be seen right from mornings, pecking at the grain offered as feed in the tower like raised feeder-chabutara or in the small fenced islands around the streets, Kadia’s love for this pursuit continued for an entire life time and made him inalienable from the sparrow, like many others who are inalienable from their respective forms or signature styles.

It’s mind boggling to hear of and see an artist’s continued creativity and a substantial body of his work to emerge around a single winged creature in the form of thousands of pieces, hundreds of which are still unseen by arts fraternity, informs younger brother Rajendra Kadia. 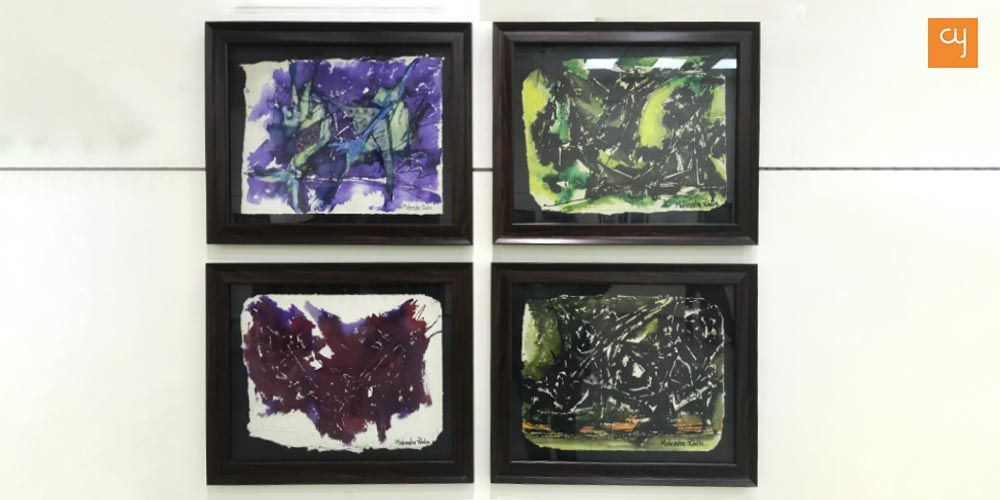 These works were to appear in all forms of surfaces from paper to canvas to board to khadi paper and in varied media like water colours, poster colours, acrylics and oils as Kadia progressed with his artistry in abstraction in his life of sixty three years in all, of which his active years may be assessed at about fifty.

The present show is featuring fifty two of his yet undisplayed works on khadi paper. Kadia created this set of luminous and brightly colored works in water colours and poster colours in or around 2018 and 2019, a few months or weeks before his untimely demise in 2019. 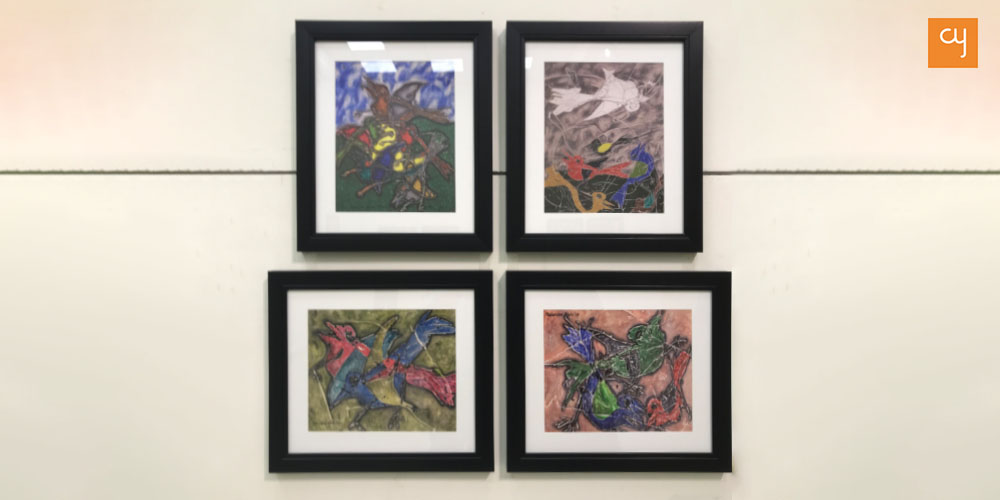 Well mounted in frames and displayed very aesthetically as well as in symmetric dispersion of 12, 14, 12, 14 around the four walls of the Gallery, these Untitled works in uniform sizes live up and conform to late Kadia’s belief ‘Form and Colour have a meaning of their own, independent of the context – which have to be developed by an artistic execution’.

The evening of the show inaugural and launch of the Foundation was a solemn occasion for the entire Kadia family, many of its members having taken to painting at late MK’s inspiration or even carved their careers in this domain through managing art galleries following in his footsteps; curating shows or by becoming art entrepreneurs, all of which was also noted by us in a review of a recent show of the late Kadia’s younger brother Rajendra Kadia. The occasion was even more special for Daughters Darshana Rajvaidya and Panthini Kadia Mevada who are the two Trustees of the Mahendra Kadia Art Foundation, even as the extended family is all supportive to the cause and was present to vouch for it. 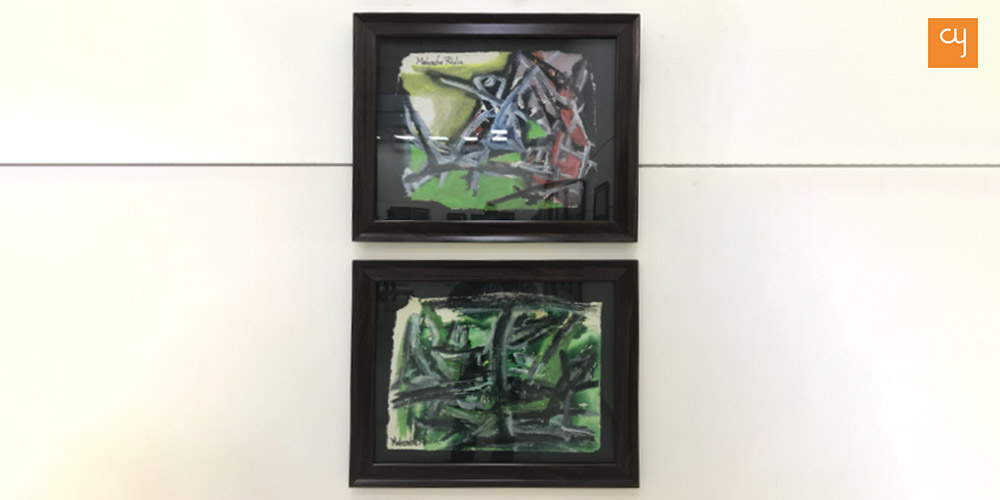 The Foundation was in fact registered in 2021 itself with tax exemptions under 80 G also in place. However, it could not be launched as envisaged due to the disruption of all social activity once again after the onset of second wave of pandemic outbreak since March of that year. Needless to recall that ‘The disruptive Second Wave’ had created ‘fear waves’ for a substantial time.

Besides the show, the release of a limited edition portfolio of four works of the artist marks the launch of the Foundation activities, which are promised to grow as the Foundation is also aiming to raise funds through the Portfolio. 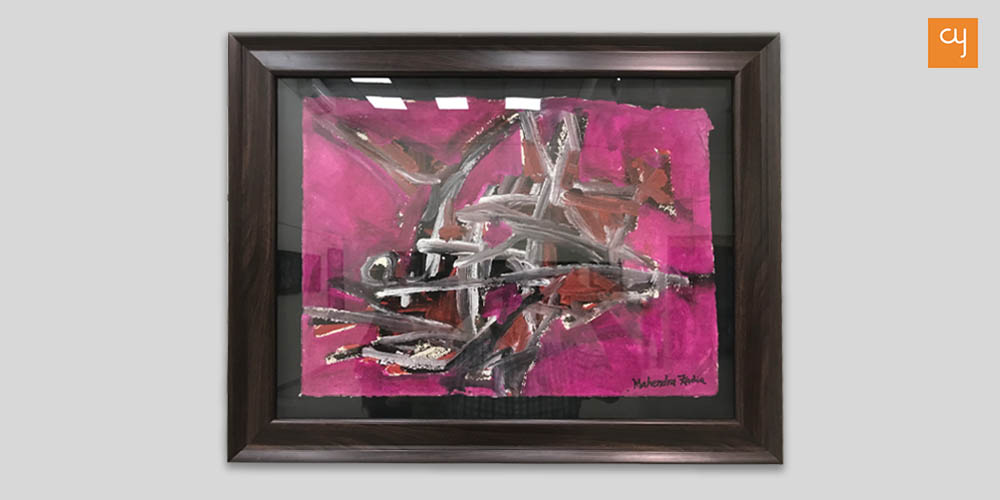 This portfolio comprises of four offset prints on Museum quality paper of chosen works which present the sparrows in discernible  and distinctive compositions as compared to the more typical Kadia works which usually showcase the subjects in forms multiply intertwined with each other or with tree branches, denoting his signature abstract style. Priced at Rs.2500/- this portfolio is a very affordable, prestigious and representative art set from Kadia’s repertoire of birds for an art collector; more so for those who have known and seen him in action. Kadia’s works incidentally find a place in the collections of scores of individuals spread across continents, corporates and government entities like National Gallery of Modern Art, New Delhi, Kendriya Lalit Kala Akademi, local civic body and so on. Nothing surprising for an artist who has to his credit twenty five solo shows and representation in fifty odd group shows since his early years, besides an impressive track record of curating shows and organizing workshops for artists.

Many of Kadia’s human traits, characteristics and touching stories and anecdotes through which he reached out to young and upcoming artists to encourage and promote them during his years at Contemporary Art Gallery, Amdavad ni Gufa or lastly at the Hutheesing Centre, were recounted by his brothers Ashwin and Rajendra; daughters Darshana and Panthini, nephews Giriraj and Namit and sons-in-law Rajvaidya and Chintan Mevada. 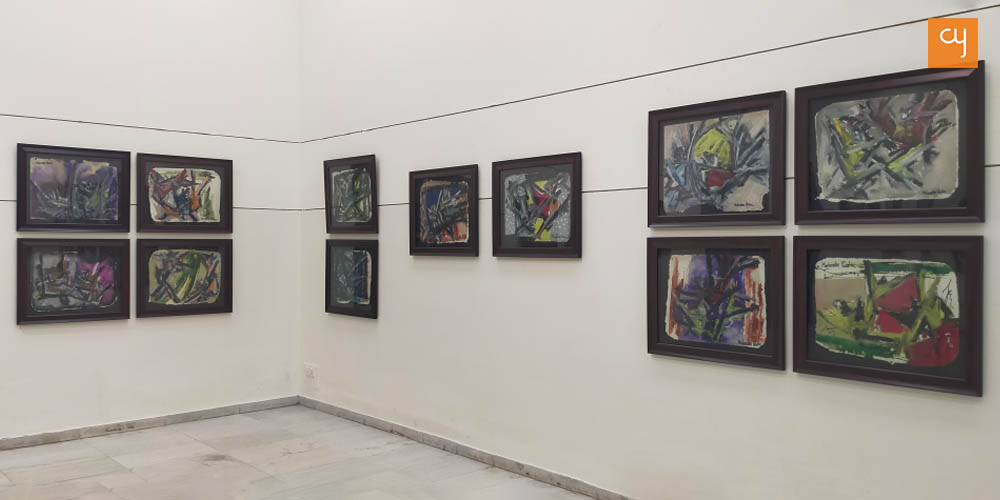 For some added joy of the visitors, the organizers also presented on the sidelines, some melodious instrumental music with live renditions on violin by Terence Fernandes.