The artistic impulses are all Inside Us! 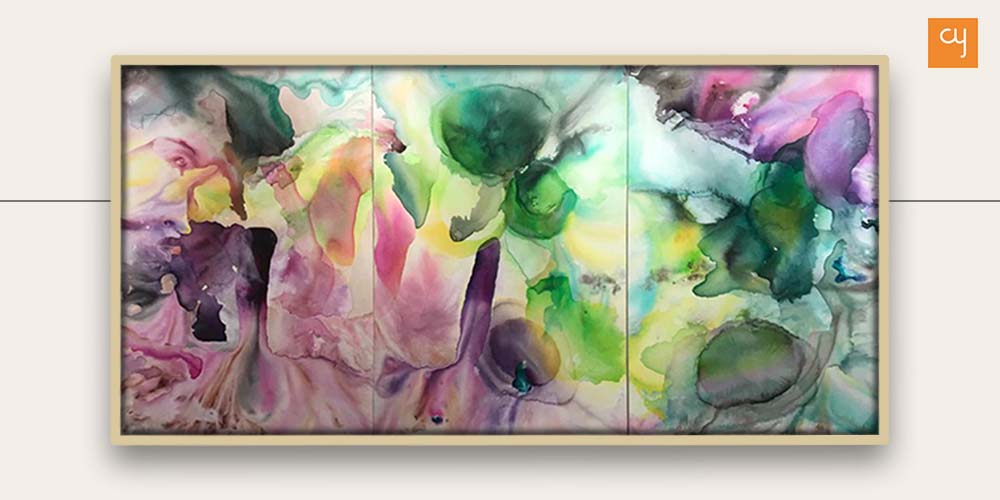 “Inside Us” is the new art show that opened on Tuesday at The Gallery in Amdavad ni Gufa.

A show by abstract artist Saloni Dalal Patel this one as the title conveys and the show intro manifestly says “is a quest to understand one’s own self’; to understand what one’s subconscious mind feels in different situations and different times”.

That in fact is understandably a strain universal to all artists, much more applicable to artists whose expression comes through the abstract school. When an artist is not drawing on realistic and figurative art, they are obviously driven by the impulsive instinct and the play of the instinct is a function of the subconscious mind. 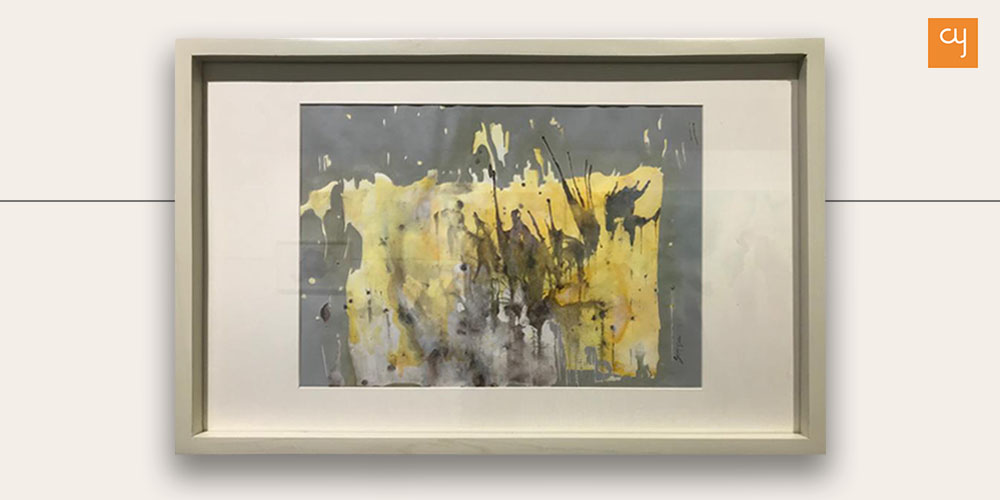 Inclined towards painting from her childhood, Saloni missed on following up on this inclination with a professional course as she found herself actually pursuing the science stream a very common occurrence with our youngsters due to parental or peer pressure.

But soon there was course correction in part when she switched to interior design and did her bechalors in 2011, also spending some time even in practice. And yet the artist within her, was still searching for the real quest when in 2016 she took up and finished a foundation course in arts from the local Kanoria Centre; and that put her on her cherished path of painting her heart and mind out on the canvas.

After participating in two group shows in 2017 and 2019, she readied herself for a solo show with some 34 works from sizes as small as six inches in diameter in her series of six circular works titled “within” to as big as 12 feet in “journey of faith”. The series ‘Within’ that draws again on show title actually also features a bigger work in dark hues depicting perhaps some equally dark inner recesses of the human mind and the heart! 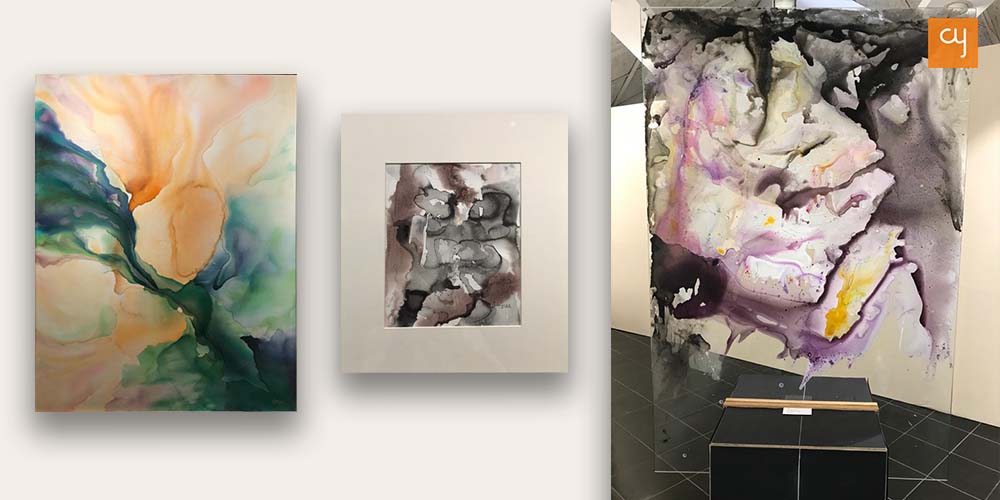 Other works have bursts of lighter colours in orange, green, brown, pink and so on. Some of them like the “a couple dance” and “protest” do throw up hints of human forms and become half abstracts. Works like “devotion” and “the force” are rendered in dull and dark shades, all obviously at the dictate of the inner force of the mind. Protest somehow is rendered in bright colours!

A few works like “open window”, “a gaze into the past”, a bigger work in d series “within” and “strength” etc are displayed with very meaningful narrations, one having even quotes from Vedas and another likening past life to the age of dinosaurs. 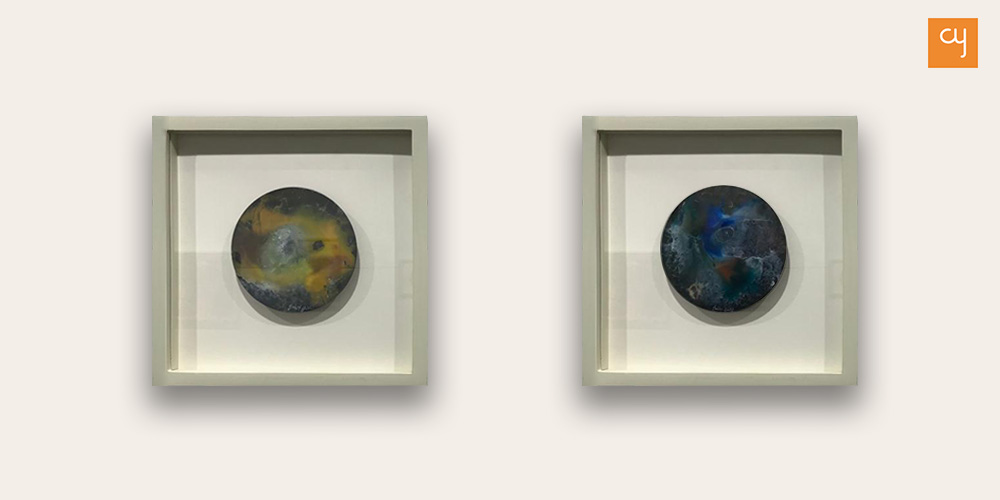 Saloni has mostly used mixed media on paper and canvas while also using ink on synthetic sheet for her miniature works in rounded forms.

The works are priced between Rs.3500 on the lower side and smaller size and more than a lakh on the higher side for bigger canvases.

A show with a difference, which comes with artistic attractions in the form of a beautifully designed catalogue and accessories like art-picture bookmarks and miniature desk calendars also featuring works by the artist, this one is open till next Sunday.