Game Review: Alto’s Odyssey has you snowboarding across sand dunes and ruins

Two years since the release of Alto’s Adventure comes its much-awaited sequel Alto’s Odyssey, which has already been awarded the Apple Design Award 2018 for its graphics and incredibly relaxing gameplay. Does it do justice to the first game? Let’s find out. 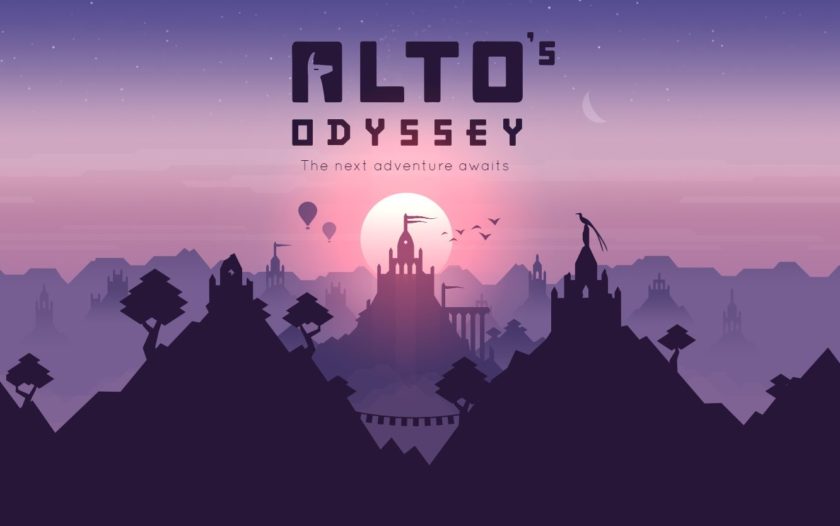 It was in 2016 that the grand game Alto’s Adventure came to the Apple Store for the price of $2.99. At first sight, it looked like a normal game based on snowboarding, albeit in 2D. But Alto’s Adventure soon became so popular among the people that there was a huge hike in downloads, with people gradually going gaga over it. Alto’s Adventure is like a relaxing simulator that puts you to peace with its graphics, gameplay, music and environment. The game was developed by a Toronto-based team called Snowman comprising of Ryan Cash, Harry Nesbitt and Jordan Rosenberg. On collaborating with Noodlecake Studios, the game was launched for Android as well, raising its popularity multi-fold and making it the highly-recommended game that it is today. But what is the Alto game all about? Let’s find out.

The first part of the game, Alto’s Adventure, is an adventure game that takes place in the mountains. Inspired by games like Journey and Windosill, it has no gamelevels and is dependent, instead, on the distance covered by the character. You play as Alto who has to complete specific goals and tasks in order to unlock new characters. These new characters are his pals, with each of them having his/her own special sets of skills that help you progress furtherin game. The goals set for each level include snowboarding across a specific distance, collecting coins, grinding across rails over a distance, rescuing Ilamas and performing certain tricks.

The best part of the game is the way in which its environment changes. The graphics are so lively and pleasing to the eyes that the whole gameplay looks like a real-life experience. While chasing Ilamas, you can see the sun rising among the hills. Starry nights ring with absolute silence, the weather changes dramatically, the birds’ chirp and the sound of rain floods the experience. The game not only imparts you with avisual experiencebut alsoa rich auditory experience.

Now after three years of Alto’s Adventure, comes its sequel Alto’s Odyssey, which was released on February 22nd this year on Apple store for $4.99. The game will be available for Android users within a couple of months. Developed by the same Snowman team, it has been made in Unity engine. Though, for the most part, the gameplay is similar to that of the first part, these are some of the exciting new features it offers that every Alto fan would like to try out:

You can discover completely new terrain in the new Alto game, apart from the classic snowcapped peaks of Alto’s Adventure. The sequel features Alto and his pals gliding in the middle of a desert, across dunes, ruins, oases and gigantic rocks. You can savour awe-inspiring visuals of dusk and dawn in the desert, and avail the chance to snowboard above hot air balloons.

New tricks have been introduced in Alto’s Odyssey that help you get the best experience out of snowboarding.

Many gamers like to enjoy the Alto game for its simple yet stunning graphics. The sequel, therefore, has the option of Zen mode that allows you to endlessly play the game if you wish, without having to score or fulfil short goals. You can choose to simply enjoy the scenic beauty of the game and its serene music, instead.

In the original game, a ‘Hover Feather’ power allows Alto to float so that he can avoid crashing into rocks. This has been swapped for a new feature called ‘Lotus Flower’ that offers the same power.

Tiny Lemurs have been added in place of the angry Elders that would chase Alto in the original game once he crossed them.

The thing about sequels is that most fail to impress players as much as the first game does. If we look back on the history of gaming, most sequels of major games, from Resident Evil to Doom, haven’t received positive reviews (Silent Hill 2 and Temple Run 2 being exceptions). Even Monument Valley 2, the famous mobile-based puzzle game couldn’t impress its fans as much as the first part did because there were so many similarities between both parts.

To make a sequel a hit, new ingredients need to be added to an already well-cooked dish, and that’s where Alto’s Odyssey lacks a bit. I have been a fan of the Alto series, but am not very impressed with the second part, which seems like a copy-paste version of the first part, with the inclusion of a new setup in a desert. There are a few flaws in the new game, especially in its mechanics, which make it a little less appealing. But I cannot deny the fact that Alto’s Odyssey is a delight to the eyes, the ears and the mind. It is a game for when you want to shut yourself off from the hustle and bustle of life.