The 10-year journey of ‘Crraft of Art’: Connecting people with places, through music 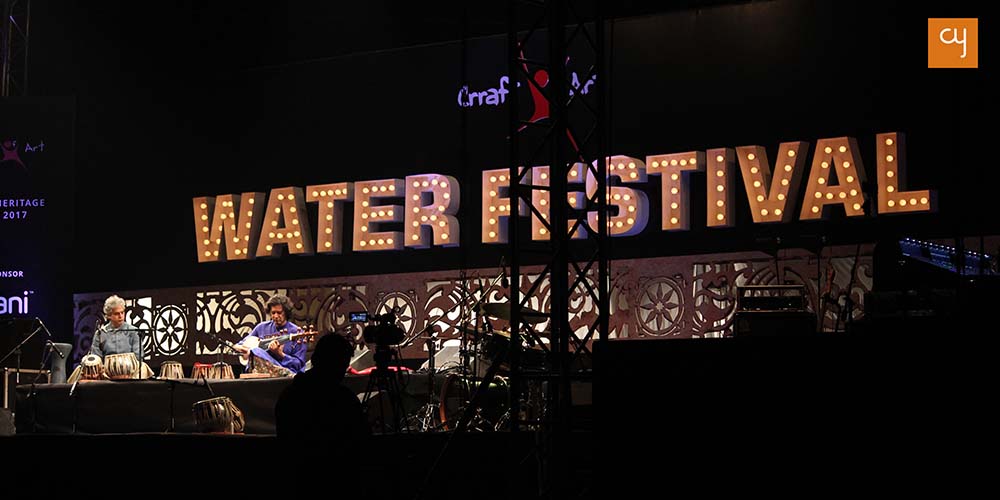 Crraft of Art is an initiative by Birwa Qureshi, a Bharatanatyam dancer from Darpana Academy and Interior Designer from CEPT, that narrates the story of beautiful monuments through music festivals. From the first Sufi Festival at Sarkhej Roza to introducing an all-new festival on their 10th Anniversary, we explore the journey of Birwa Qureshi and Crraft of Art.

Monuments are the edifices that represent our rich and diverse legacy. For centuries, and even millennia, they stand tall to narrate the story of an age that contributed to what we are today. And such great stories deserve a theatrical and extravagant revival.

With this in mind, Birwa Qureshi, an interior designer and a noted Bharatanatyam dancer, came up with an initiative called “Crraft of Art” which focuses on reintroducing our country’s monuments to the people, especially to the younger generation, through exuberant music festivals. Started in 2010, Crraft of Art has organised 19 music festivals that are primarily centred on Gujarat’s rich heritage. This year marks the 10th Anniversary of the organisation.

Qureshi commenced this initiative by taking local monuments of Ahmedabad. In 2010, her first project was a “Sufi Festival” at Sarkhej Roza wherein she beautifully lit up the entire roza with an enchanting sufi concert that created a perfect ambience for people to feel what the monument stood for. Her most significant project has been the “Water Festival” at Adalaj-ni-Vav (The Adalaj Stepwell) which first took place in 2011 and has since then been one of the most awaited music festivals by people across the nation featuring a mix of jazz and Indian Classical music.

Over the course of ten years, she has come up with various other festivals one after the other, like the “Bhadra Festival” in 2014 which concentrated on Bhadra Fort and Teen Darwaja, or the “Goombaj Festival” at Amdavad-ni-Gufa in 2017 which transformed the cave into a haven of serene music. But with all the festivals, her main objective has remained constant. It is to keep the monuments as the hero. Qureshi designs the lighting schemes for each individual monument after having extensively studied the architecture of the place so that its vibe, curvature and artistry are communicated accurately.

“Crraft of Art is not my work. It is my child. I am nursing it for the past ten years and it has received as much attention and care as my daughter Alia or son Azaan. For me it is a passion. I belong to a family of architects. My father, brother, sister-in-law and I have all studied at CEPT. I started understanding monuments while sketching them as part of my studies at CEPT. I soon got drawn to them and I have a feeling that I communicate with them. I listen to them all the time. CRRAFT of Art is in response to that communication.”

Speaking about the monuments further, she emphasised the need for people to preserve them, that we are “woven into them” and they are great storytellers of our past. She did not want to be a fence-sitter and therefore, combined her passion for the preservation of monuments with music, having been married into a family of musicians.

Many prolific artists from all around the world have been a part of these festivals. From pioneering sufi musicians like Ustad Fazal Qureshi and the duo of Rizwan-Muazzam to jazz artists like Louiz Banks, known as the “Godfather of Indian jazz”, these festivals provide a unique experience each time. Water Festival is loved by people from all around the nation so much that even though it has been held for 9 consecutive years, people from Pune, Hyderabad and numerous other places still come for it again enthusiastically.

This year’s Water Festival will be held on November 24 and from the incredible artist line-up, seems like it will be just as grand as it is every year. The day also falls between the World Heritage Week which makes the festival all the more auspicious and special. Alongside Fazal Qureshi and Louiz Banks, there will be some great performers like George Brooks, an esteemed saxophonist and composer, Rakesh Chaurasia, a noted flautist, Gino Banks, drummer and a versatile musician, and an ensemble of 9 drummers from Kerala called “Drums of Kerala”.

Become a part of this extravagant dialogue between the citizens and their monuments through the language of melodious music.