Drawing to Remember: On Finding the Gift of Pause 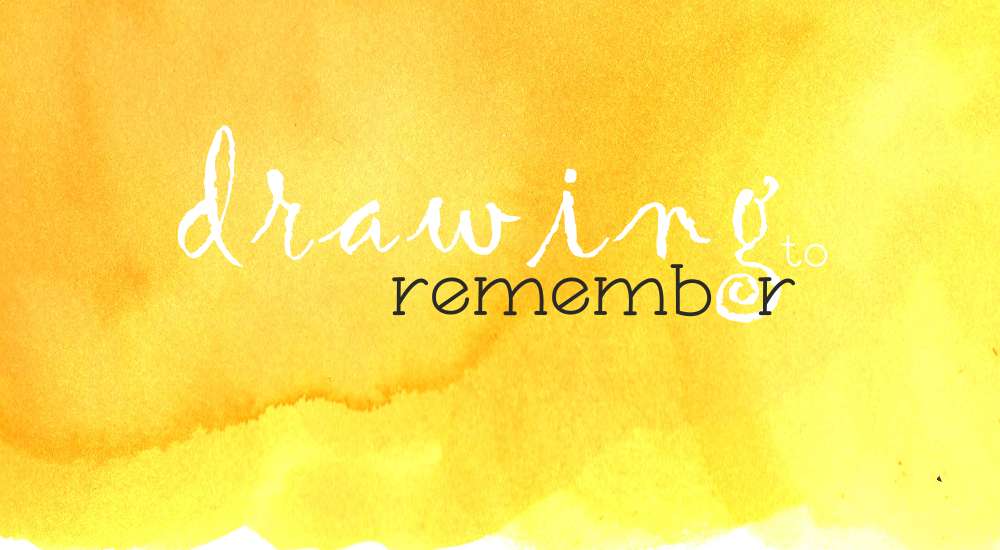 The elusive illustrator behind “Of Ink and Yellow Memories,” Neelakshi Rathore, talks about drawing as a means to remember, the benefits of keeping a sketchbook, and the inward versus outward worlds of a creative.

Most people start out drawing by copying things. Or they draw things as they appear before them. But for Neelakshi Rathore, things became really interesting when she began to draw things as she remembered them – when she could see a place that she really enjoyed and not draw it at that point in time, but instead go back and remember it and then draw it. “I try to remember what the place felt like, not so much what it looked like,” she says. And once you’re no longer physically situated in the place that you’re drawing, because you’re drawing it from memory, the possibilities of where you can be situated are multifarious. “You can be up, down, anywhere. Aerial perspective offers the most complete shot, and that’s why I draw aerial so much.”

Neelakshi’s fascination with the aerial view can be explained by the fact that she’s an urban designer – she’s inherently interested in the larger picture. Because she chooses to draw from memory, her work involves a constant play of choices – should she create accurate portraits of reality or make willful departures from reality? A desire to keep a record of places that have been encountered and inhabited stems perhaps from experiences of growing up as an army kid – as somebody who shifted between a dozen places over a quarter of a century.

She shows me her sketchbook. It’s small enough to fit into my palm – most fittingly called as a palm book. “It’s such a good size, I keep it on me all the time. I scribble, I write, I sketch. I no longer keep different books for different purposes. I don’t keep one sanitised sketchbook for all the ‘good’ sketches.”

Many artists stand astride this ambiguous space between drawing reality and drawing from imagination. And art has the uncanny tendency to grow when kindred spirits meet. It was Neelakshi’s interactions with Sumedha Sah – the doodle addict behind the inimitable Umbrella Bar project – that prodded her to draw more, as Sumedha introduced her to the invaluable habit of keeping a ‘palm book’.

Today, drawing has become for Neelakshi “a gift of pause.” By separating it from her profession, she is able to enjoy it for the personal freedom it lends her. “It’s not something I’m being paid for. I do it because I enjoy it.” Besides drawing, she equally enjoys being part of the urban development sector, in figuring out her role in changing current thinking patterns in planning and design. And the two interests feed each other – “It’s very difficult for me to sketch without portraying the urban backdrop. That to me is very integral. I really enjoy cities and how the form affects life. That is the catalyst to my drawing.”

And yet, the act of drawing is a purely personal exploration for her. So much so that she’s oft-too-often felt the urge to dismantle her public Facebook page, stopping herself only in time to weigh the advantages of having one. “The blog helps me maintain a habit of drawing,” she reasons, besides the fact that it enables people to connect with her and her work. “But it remains a personal exploration. If you’re an introvert, you do go through that struggle. You ask yourself, how much of yourself should the other person know?”

Neelakshi’s courage to share her explorations doubtless inspires and moves countless young talents. A preference for bathing memories in yellow light and re-imagining them from the vantage point of a person who is slightly older because of the experience – sometimes by a day, sometimes by years – and capturing these remembered feelings through an involvement with form; lends a particularly striking and original quality to the young artist’s work.