London Design Biennale 2016: Watch out for the Wow! 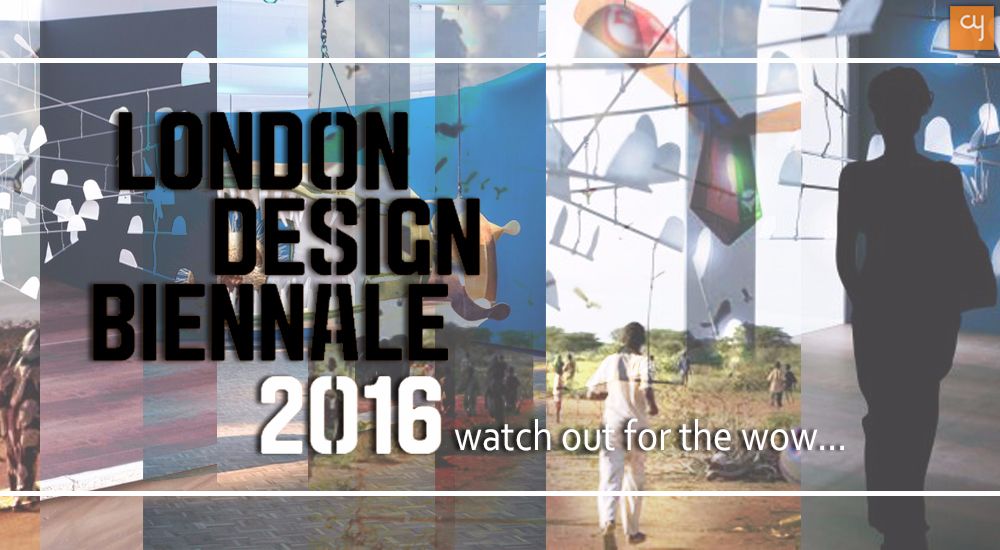 What stands out in a long list of Biennales and Art dos is the London Design Biennale 2016 that opens this week; now that’s just one of the feathers in wears on its hat. Architects and designers from 37 countries are taking part in the major exhibition, which will take over London’s Somerset House between the 7 and 27 September 2016. Coinciding with the London Design Festival, the Biennale is set around the theme – Utopia by Design – selected by biennale director and ex-Icon editor Christopher Turner to mark the 500th anniversary of the publication of Thomas More’s Utopia.

Participating in this extravaganza are a list of stellar stars inclusive of Designer Konstantin Grcic (Germany), Architect Fernando Romero (Mexico) and Designer duo Edward Barber and Jay Osgerby (UK), and will respond to issues such as Global Warming, Migration, Memory, Pollution, Food and Ecology.

Creative Yatra lists the ten most exciting projects that are sure to set some new standards – from a forest dining room and a giant weather forecasting vane – they’ve got the tempo turned up.

Utopian proposals drawn up by designers of the Soviet era, but forgotten after the collapse of the Soviet Union in the early 1990s will form Russia’s presentation at the Biennale. Displayed in the format of an archive, many of these experimental designs created under the USSR’s Communist regime never saw the light of day. They were packed and tucked in the archives of the Moscow Design Museum until now and will debut for the very first time publicly at the LDB ’16.

Designers Edward Barber and Jay Osgerby will be showcasing Forecast – Forecast a weather vane-like structure – at the London Design Biennale 2016. The group of “mast masts” will be installed in the patio at Somerset House. Forecast features movable parts that are designed to rotate in the wind making it a kinetic installation. The structure is intended to reference the nation’s obsession with the weather, its nautical history and the world-class wind farms that are developing off its coast.

How do you feel about a utopian dining experience at the London Design Biennale? Well, it gets as good as it sound if we were to look at what on offer from Taiwan. Architect Rain Wu and designer Shikai Tseng have teamed up with chef Chung-Ho Tsai to create Eatopia. Visitors will dine in a forest-like setting inside Somerset House, where cast tree trunks will surround them and the ambience will be built with echoes from the woods. The culinary sound based installation aims to present Taiwan as a melting pot of cultural identities.

Tasmanian Designer Brodie Neill who is representing Australia hopes to draw one’s attention to the gazillion plastic objects that now abuse and polluting the oceans of the world. Neill has amassed and recycled small pieces of plastic from the sea to create a carpet-like composite and turned it into a table.

Smartphone users began to flock around hotspots in Havana when Cuba introduced public Wi-Fi services in the year 2013. One would see unusual crowds thronging pretty much everything including benches and steps to make use of the facility. As a reaction to the same Designers Luis Ramirez and Michel Aguilar have devised a modular seating system that protects internet-users from the elements. Seating cubes stacked one above the other propose a novel street furniture for the masses, enabling users to recharge devices using its in-built solar panels – a prototype of the same will be installed inside Somerset House (traditionally a Wi-Fi blackspot).

For Welcome to Weden, Sweden has invited 15 pairs of designers and manufacturers to join forces on products for its exhibition at the LDB. The aim is to define a new utopian liaison between the designer and manufacturer, where the risks and rewards are shared more equally. By placing an emphasis on small-scale and local production, curator Jenny Nordberg aims to establish an alternative model to the mass-production methods employed by large Swedish companies like Ikea.

Architect Fernando Romero contemplates the urban design of Mexico’s border cities in his work for the LDB. Over 100 million people now live on the cusp of two nations in these border cities. Romero’s conceptual master plan features a network of hexagonal zones with star-shaped streets radiating from their centres. This formation is designed as a replicable model for other frontier cities, allowing room for expansion as populations grow and migration increases.

Human.Touch exhibition by Israel showcases two projects – Yaniv Kadosh’s AIDrop proposal, which would see self-propelling devices deploy first-aid kits over disaster zones inaccessible by road and Sharona Merlin, who has designed a pair of speakers named Louder, which aim to translate sound into visual textures and vibrations for the deaf or heard of hearing. Israel’s exhibit contemplates resolution of social issues via design.

Austria will present a moving light sculpture named LeveL created by Viennese design studio mischer’traxler’ at the LDB. The room-sized mobile will contains bulbs suspended on the ends of easily unbalanced branches. The lights will be at their brightest when the mobile is still but dim when unsettled – a feature intended to be symbolic of the precariousness of utopian ideals. The entire structure is designed to be in motion as visitors navigate through the space.

Cybersyn was a forerunner of today’s “smart city”, and proposed presenting economic information electronically and in real time to give Chileans direct access to decision-making. Design studio FabLab Santiago will recreate the experience within The Counterculture Room with a reconstruction of Cybersyn’s operations room. This entry by Chile is based on a utopian project proposed by Salvador Allende’s socialist government in the early 1970s.