Autumn Reads 2016: What to read from the Indian Authors 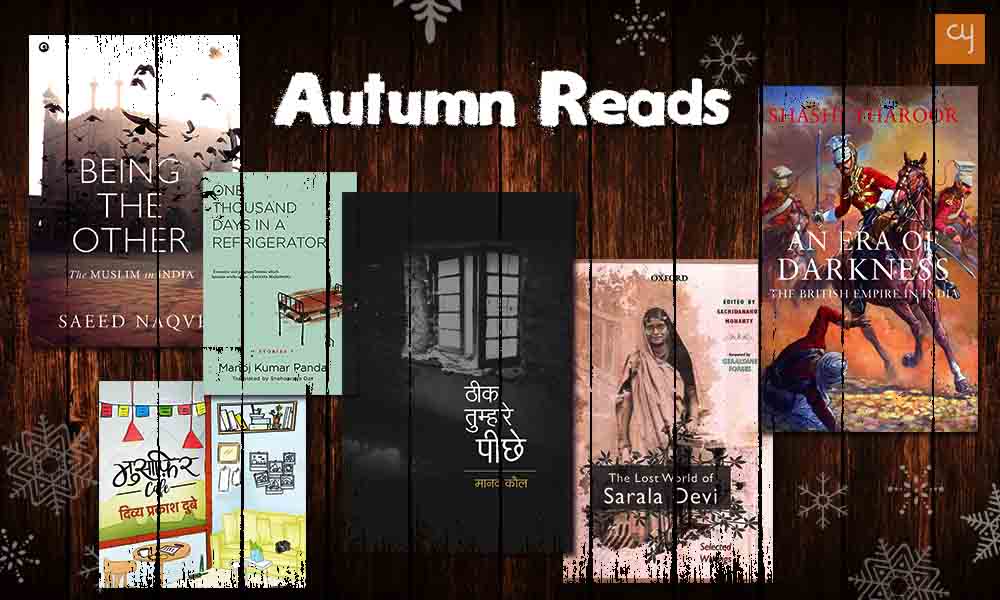 With quite a few new releases in fiction and non-fiction, India’s citizens have been given many options for books to get engrossed in this autumn. Quite a few popular releases in Hindi have made the country’s literature scene all the more interesting.

DivyaPrakashDubeyin third book, Musafir Café tells the story of everyday young  middle-class characters that are seeking happiness, love, and an ambition to pursue in life using colorful, simple, and entertaining language. This easy read has been getting great reviews from readers just a month after the book was published.Dubey made his debut with Terms and Conditions Apply, a hit among Hindi novel readers in the country just three years ago.

Edited by SachidanandaMohanty, this compilation of pieces translated from Odia features charming tales for children with fascinating characters, as well as her writings on feminism, India’s independence struggle, and more of the best writings by Sarala Devi. Devi, an acclaimed Odia writer, noted freedom fighter, feminist, and social activist in her writings champions a comprehension of women’s history in the subcontinent.

Being the Other: The Muslim in India

This book, by one of the country’s finest reporters and foreign correspondent SaeedNaqvi, looks at how divisions between Muslims and Hindus in the country is a phenomenon that began in the modern era, taking the subcontinent off track from its past, where Hinduism and Islam complemented each other. This book has been one of the season’s must-reads for lovers of socially and politically relevant non-fiction.

ManavKauldons many hearts. He is a beloved stage personality, who has also won our hearts in his many appearances in films such as Kai Po Che, City Lights, and Jai Gangajal. And now with his debut novel – TheekTumharePeechhe (Right Behind You) he makes his way straight to our hearts. The book is an anthology of short stories borrowing from his own childhood when he left Kashmir to live in cities in many parts of the country. It claims to capture the serenity of Kashmir, the calmness of the banks of river Narmada, the rugged Hoshangabad, and the always-on-the-run, curious people of Mumbai.

One Thousand Days in a Refrigerator

Originally written by Manoj Kumar Panda in Odia,this collection of 14 stories was translated into English by Snehaprava Das. Panda in his uninhibited writing manages to carefully weave in various social issues faced by contemporary India into everyday stories that middle-class India will find relevant and relatable.

An Era of Darkness

ShashiTharoor has a much-anticipated book set to be released in early November. Titled An Era of Darkness, the politician, and former diplomat’s book is expected to further elaborate on his famous debate at the Oxford Union on why Britain owes reparations to India for wrongdoings committed during the colonial era. We know what you are going to be reading next month.

An Era of Darkness / Autumn Reads / Being the Other: The Muslim in India / Indian Authors / Lost World Of Sarala Devi / Musafir Café / One Thousand Days in a Refrigerator / Theek Tumhare Peechhe