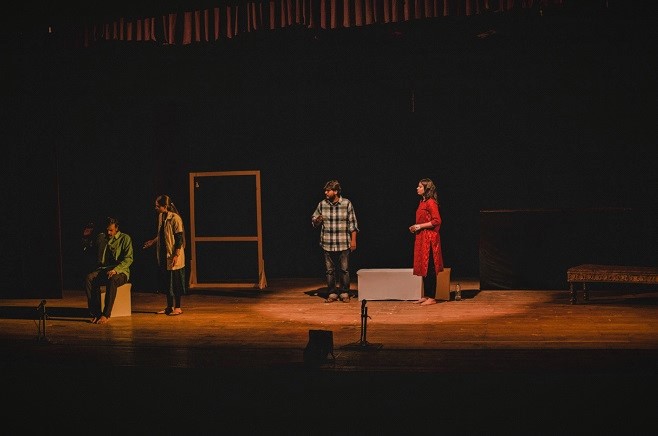 That Gujarati-speaking amateurs get together for a difficult experimental theatre production in Hindi even while the mainstream Gujarati theatre, touch wood, has been of late shaping pretty well, is a sign of courage and a labour of love. Meri Favourite Shirt, which is a dramatization of actor-writer Manav Kaul’s short story, is contemporary in both form and theme. And, it was a pleasure noticing at its second show (Thakorbhai Desai, October 15) that a sizable young audience had turned up with enthusiasm for the play and when at times the play turned pretty complex, even partly incomprehensible, in utmost silence they tried to figure out the significance – disturbing loud guffaws by an enthusiast a couple of time apart. 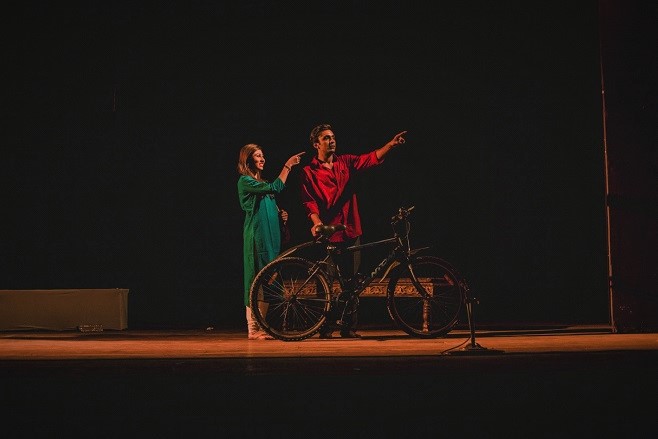 For numerous scenes of the 90-minute play, the sets are minimalistic and symbolic. The narrative takes off behind a simple frame initially and then unfolds in a hospital, on the rooftop, in a teacher’s classroom, on a road, in a house. The action slips into the episodes of the young age of the play’s lead pair. The focus is on their calf love. It is tender when it gets expressed indirectly. It gets naughty when stealthily their eyes meet and it gets lyrical in silent moments. It gets even bold momentarily at times. It attains the universal duality when it is pitted, quietly though, against the conservative forces of society. And, it becomes painful apparently because of the insensitivity of the family and society as also individual inhibitions. 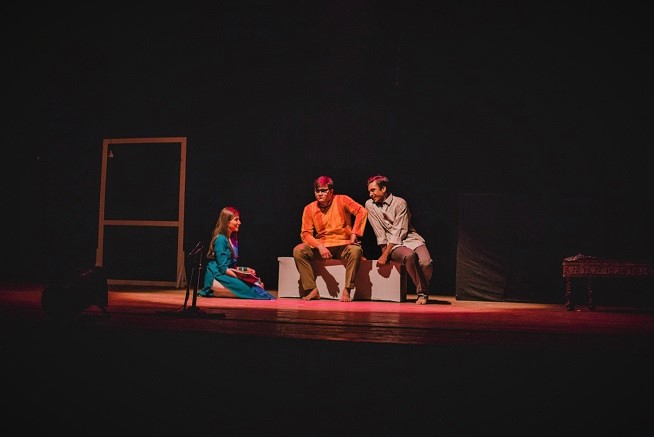 Ironically, the cherished human sentiment at a young age is not allowed to grow naturally and find fruition. The two lived happily ever-after, the world thinks and forgets them. What is special about the theme of the play is that it gives a peep into the heart of one of the two and gives a near poignant feel of how the blunted sentiment keeps gnawing at it all through life. Reassuringly, through a happy turn of circumstances, it is the same girl who comes across his life many years after and gets him to communicate, give a vent to his feeling now, get relieved of suffocation and get on with life. All this does not strongly enough come across to the viewers, yes, partly because of unusual images and partly owing to the dialogue not underlined with appropriate modulation, but it is heartening to see it essayed by a young team under the direction of Ankit Gor, who has written the play as well. Raviraj is his assistant director. The scene with mirror images at two levels is beautifully engaging. 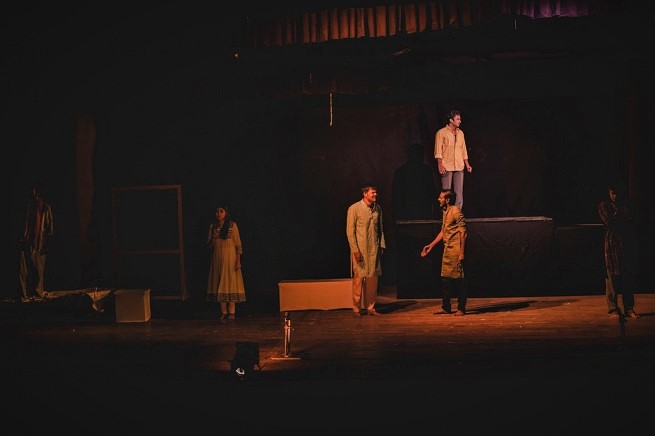 Adesh expresses the suffocation pretty well as his counterpart Tatsam does the sprouting of love and unsophisticated youthfulness. With her light, unconscious bearing Netri seems the right choice in the pair. A welcome element in the whole play is a touch of naturalness in the players’ action and speech. Vedica looks mellow with age but in her concern for naturalness, she gets inaudible with a few words. Arjav’s tongue-in-cheek portrayal of a teacher is designed to be in a different mould and he lives up to it. In realistic portrayals, Gaurang is coolly convincing as father. Preety, despite not having much stage experience, is an agreeable surprise in her traditional role as mother. Jaydev, Morni, Palakesh zestfully play their parts. 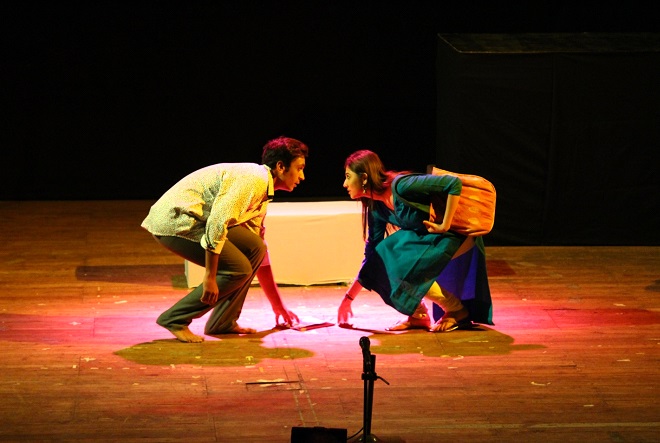 All said, the director has yet scope to give the stage presentation of Meri Favourite Shirt a wider appeal with stronger dreamlike and lyrical ambience inviting a dramatic interplay of light designs by Parth and richer supporting music by Saptak. Trying out such a version will be a learning experience for the team.