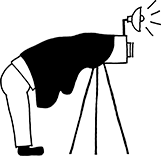 In this Photo Studio, photographer Ashish Mehta of ‘Meet Me at Khadia’, who has been running a time-honoured photo-walk in the walled city of Ahmedabad captures the authentic flavour of Amdavad’s kite festival known as Uttarayan.

Also known as Makar Sankranti in various traditions, Uttarayan festival, is dedicated to the Sun God and marks end of the 6 month period that began with June Solstice. Makar Sankranti, the Indian equivalent of Winter solstice marks the beginning of 6 month long ‘Uttarayan’ period, in which  the northern hemisphere of the planet is tilted towards the Sun. Considered an auspicious time for new beginnings, particularly in agrarian societies, this day is marked with lot of festivity. The festivity is passionately celebrated all across India, but in the city of Ahmedabad, it is specially rejoiced by flying vivid kites using a sharp abrasive string called Manja.

The Heritage city of Ahmedabad is famous for its Uttarayan revelry as people and families gather on the Pol terraces to fly kites with utmost enthusiasm. The festivity is marked with authentic Gujarati dishes including the quintessential dish full of winter vegetables called Undhiyu. This album is a compilation of Mehta’s four years of Uttarayan photography, which was mostly conducted during the evening times of the festival in the Khadia Pol. The senior lensman is using Canon 1100D to capture the saffron hues of the Amdavadi Uttarayan skies.

To be a part of this celebration, you can contact Ashish Mehta as this year he has organised a ‘Uttarayan in Pol‘ event within the walled city of Ahmedabad. Since the happening is meant to be a traditional affair, participants will be given colourful kites, environment friendly manja, lip-smacking indigenous delicacies and of course an original Amdavadi Uttarayan experience curated by Mehta himself.

The captions of the photographs are the different names of Uttarayan/Makar Sankranti in various regions of India, Nepal and Pakistan.