Watch out for this 10 web series on streaming platforms 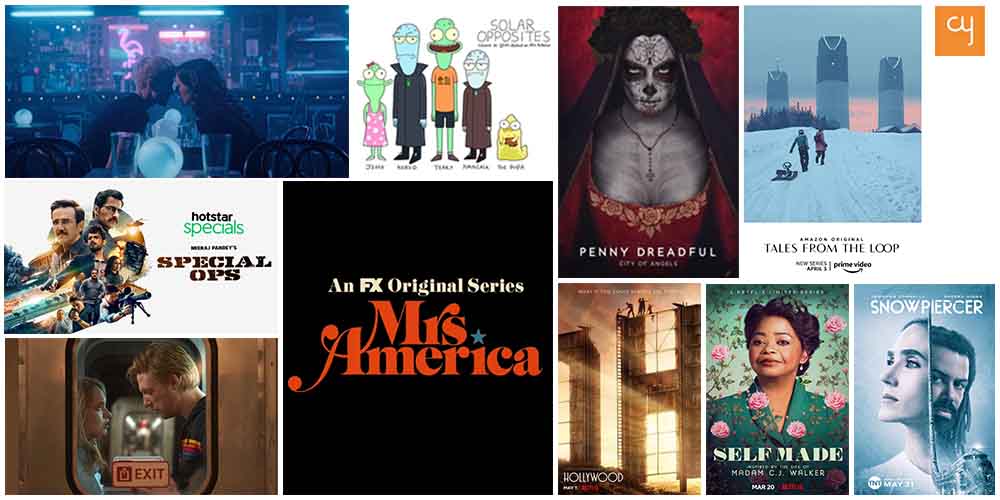 By the time this gets published nearly 140 countries around the world are infected by the novel corona virus. With many countries in lock down, and many others issuing mandatory isolation for their citizens, people are looking towards the OTT platforms for their entertainment. Here are 10 upcoming web series that should be on your check list in the times of home quarantine.

Day by day, the threat of Corona Virus is increasing as it continuously permeates through the world. While many states in India have announced closure of cinema halls and all educational activities, people are advised to stay in their homes and avoid public gatherings. In this time of self-isolation, people are looking up to the streaming platforms to help them kill time and keep their minds away from negative thoughts.

For all those searching for recommendations, here is the list of 10 new series that are about to drop on various platforms soon.

While most of you have enjoyed the innocent and quirky stand-up bits of Mae Martin, this Canadian comedian brings you an exclusive Netflix series. Playing herself as the lead, Feel Good is a series which navigates a fictional story of Mae’s passionate new relationship with her formerly straight girlfriend (Charlotte Ritchie) while she struggles with the challenges of sobriety.

Self  Made: Inspired by the Life of Madam C.J. Walker (Netflix)

Narrating the true story of how the first female self-made millionaire made her way from a washerwoman to creating a beauty empire, Netflix brings us an all new series. With Octavia Spencer playing the role of Madam C.J. Walker, this is the self-empowering and inspiring series that you were looking for.

Tales from the Loop (Amazon Prime)

Imagine a machine that is built to unlock the mysteries of the universe and fading the line between reality and science fiction. While we still struggle in understanding what reality is, how confusing that life would be? Adapted from one such story by Simon Stalenhag, Amazon’s original series, Tales from the Loop is here to answer the question.

In a boring, monotonous suburban life, one seeks an indulgence to inject excitement in their lives. And Ruby Richardson gets the dose of excitement upon receiving a call from her collage sweetheart, after 17 years. Watch Run, a rom-com thriller series of two ex-lovers embarking on a long-planned escape to disappear together.

Mrs. America is an upcoming miniseries that is based on the true events of how a group of ambitious women campaigned against the ratification of Equal Rights Amendment in the 70s United States. With Cate Blanchett playing as the conservative activist Phyllis Schlafly alongside Rose Byrne and Elizabeth Banks, check out the story of how a handful of women fought one of the toughest cultural wars and forever shifted the worlds political landscape.

After approximately 4 years, Penny Dreadful is back, folks! And it is filled with more horror, thrill and drama than its predecessor. Taking place after 40 years since the conclusion of the original series, the show is set in 1930s Los Angeles where a detective is tangled between a gruesome murder case and soon finds himself in the middle of a battle between a god and the devil. And not any devil, a shape shifting demon played by Natalie Dormer.

After giving us some incredible TV series like Glee, American Horror Story, and Nip/Tuck, Ryan Murphy is back with an yet astounding miniseries. And this time, he will take us to the golden age of Hollywood. Set in late 1940s Los Angeles, Hollywood documents the life and demography of the then industry. While comparing the changing times with the pertinence of certain ideologies, as Murphy says, “Hollywood is a love letter to the Golden Age of Tinseltown”.

When we thought Justin Roilands basket of creativity exhausted with Rick & Morty, this astounding animator and director hits us with yet another animated sitcom. Solar Opposites is a story of a family of aliens whose spaceship was destroyed by an asteroid and crash landed on earth. While these extra-terrestrial immigrants are struggling to cope with the complicated lifestyle of humans, their miseries will surely make you roll off the chair.

Do you remember the staggering 2013 sci-fi movie, Snowpiercer by Bong Joon-ho? Well, the movie is getting a tv series reboot. And it seems to be as compelling and tumultuous as its predecessor. With Jennifer Connelly and Daveed Diggs as lead, Snowpiercer is set in a post-apocalyptic dystopian era, where the world has become a frozen wasteland and all the remnant humans are inhabited in a gigantic, perpetual moving train. This thriller will keep you on the edge of your seat.

Know for his hard hitting and no-nonsense espionage movies Neeraj Pandey, launches his maiden entry into the Television space with Special  Ops. With commendable filmography like A Wednesday, Baby, Naam Shabana and Special 26, Neeraj Pandey takes to long form story telling to create an edge of the seat saga of espionage, that traces the fictional graph of an Indian spy who spends 19 years to find the terrorist behind the Indian Parliament attact. With Kay Kay Menon in lead, this one is surely going to be worth its time.