On the auspicious occasion of Ashadhi Ekadashi, when devotees of Lord Vitthal – an incarnation of Hindu deity Vishnu, celebrated the festival by conducting fasts, processions, and singing devotional songs under the shimmering shine of the earth’s only natural satellite, Shashi Vyas, the director of Pancham Nishadh planned to commemorate spirituality by curating the concert of ‘Bolava Vitthal’ for the third time in Ahmedabad.

The Abhanwani musical night occurred on June 23, 2017, at the shores of Sabarmati River, under the roof of 700-seating-bowl capacity Tagore Memorial Hall. For the uninformed, Abhangwani music is a collective performance of devotional poems dedicated to ‘Lord Vitthal’ and is sung by vocalists of Indian classical singers. To reminiscence the era of godliness, Shashi Vyas has this year invited classical singing maestro Jayteerth Mevundi, who is recognised as a leading vocalist in Kirana Gharana, Rahul Deshpande, grandson of Natya Sangeet performer Dr Vasantrao Deshpande and famous Marathi songstress Sawani Shende.

Bolava Vitthal initiated its voyage as an independent musical night 12-years-ago and evolved as a touring musical saga while performing in seven different states of India. It has featured prominent artists including Suresh Wadkar, Shankar Mahadevan and Padma Vibhushan songstress Ganasaraswati Kishoritai Amonkar, who is being given homage through this year’s concert.

While talking about his brainchild, Shashi Vyas shared his aspirations for Bolava Vitthal saying, “I want devotional music to be endured by every age group, and someday, I look forward to creating a mega-scale event of ‘Bolava Vitthal’ where more than 10,000 religious tunes connoisseurs and music adorers are sitting and rejoicing its spirit.” 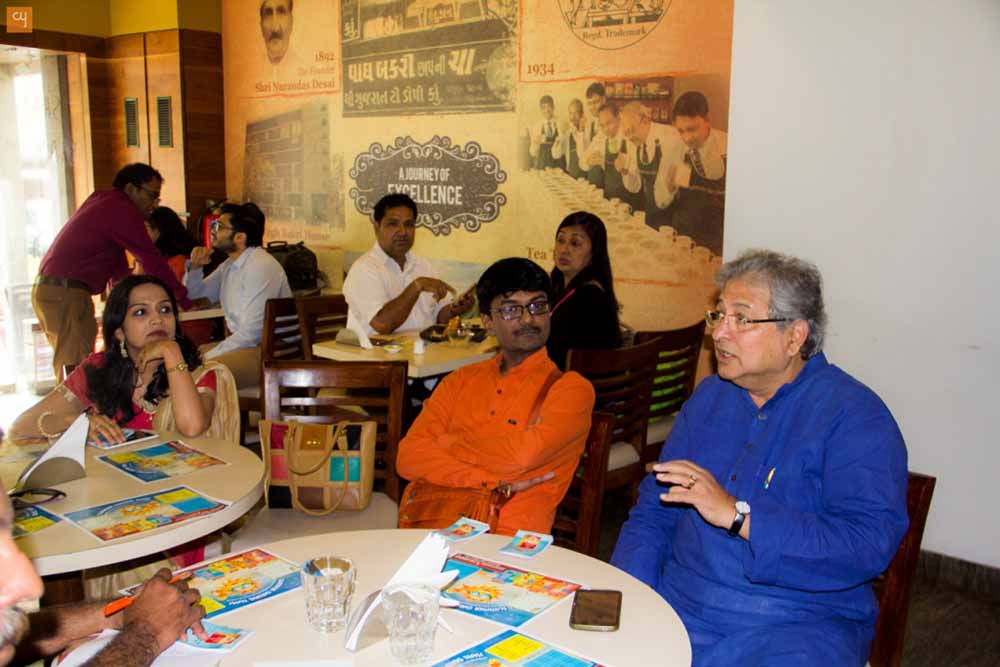 During a pre-event press conference arranged at one of the city’s hustling bustling cafe, Savani Shende shared “Abhangwani is far more different than the genre of Sufi or Indian classical music since it has a liberal viewpoint for grammar and lets an artist experiment with the composition and the Raga”. Following Ahmedabad, the event will be performed in Surat and Vadodara, and the overall tour will culminate on July 23, 2017, at Hyderabad.