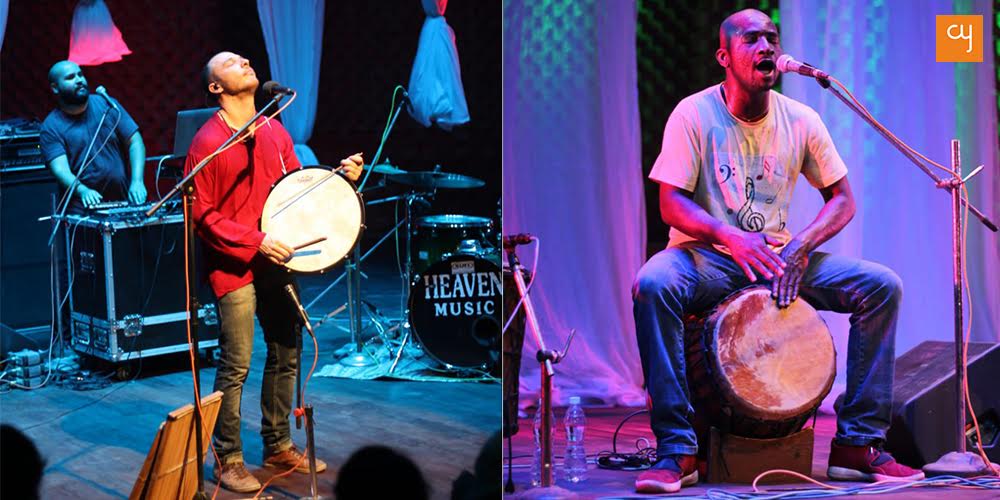 Both the musical genres of Maloya and Sega from the Reunion Island, a province of France, excite listeners when played. A taste of these genres was given by Alliance Francaise in collaboration with Natarani at a two-day performance ‘World Music’. Tales of poverty and slavery were built into Christine Salem’s Maloya on the first day (Oct 20). It solemnly recalled an unsavoury past and celebrated liberation from it. No music to the ears of the French authorities, Maloya was banned for years for fear of it inciting cessation. A pulsating part of its natives’ life, the music remained being played secretly. The ban was lifted in 1981 and Maloya found resurgence in 2009 when UNESCO accorded it recognition as an ‘Intangible Cultural Heritage of Humanity’. 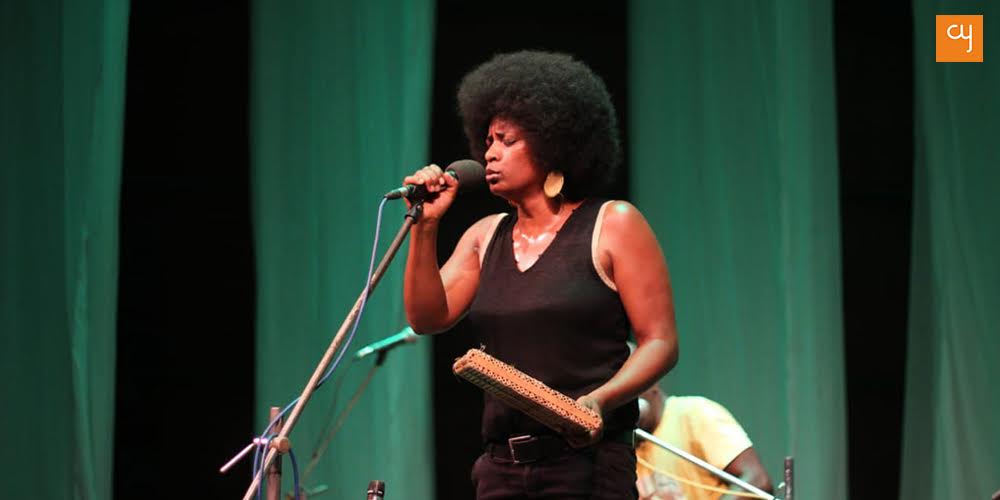 Christine Salem’s name had evoked a longing for an uncommon musical event. Finally, she was on stage at Natarani and she created a haunting listening experience. Her culturally tall personality did not go unnoticed and a large round-shaped unstraightened close-cropped hairdo she wore along with the fully black attire made a statement. She sings in Creole, the island’s native tongue, but her singing carries shared sentiments that touch one’s chord anywhere in the world. Built into it are the robust vitality of a closely knit clan, its aspirations, a quiet resistance to the forces trying to eliminate its indigenous entity and the assertion of its triumph.

Christine emerges taller if you recognize another kind of assertion she has been making through her singing. In the native genre of music, there was no female voice to it since its birth. It was dominated by male singers. She has been till date the only female Maloya singer. And, she gives it a distinctive modern identity. She keeps a low profile on stage and she lets her voice rise from the depths within – individually as an artist and of a community collectively. When the voice goes up it seems to express a controlled sense of liberation without letting go of her roots. There is metaphorical significance in her claim to be in touch with her ancestors. 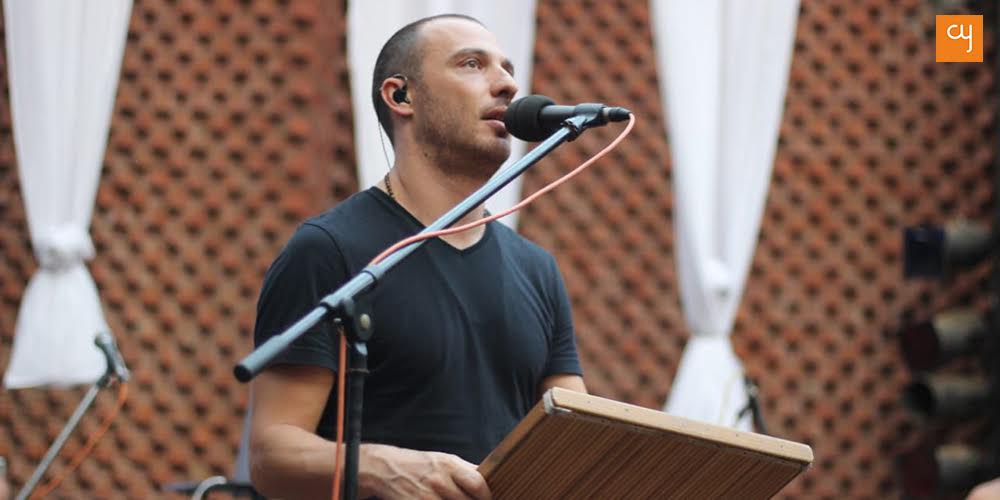 Gene Seme’s performance on the second day (Oct 21) lived up to the expectations raised in its blurb ‘music of blatant beauty’. It was overtly expressive with the songs its lead singer Carlo de Sacco rendered both from Sega and Maloya forms, verbally as rich as those Christine had the previous day. His songs as well carried the freshness and fragrance of the natural beauty of the island, recalled the legacy its ancestors had left, celebrated its rich traditions and narrated tales of romance. His voice steadied and moved in a wide range and stepping forward from time to time he got the viewers to actively respond with claps, voice and steps. The culmination was in the excitement bordering on frenzy and the trance effects he created with suitable lights and an accelerated musical tempo. 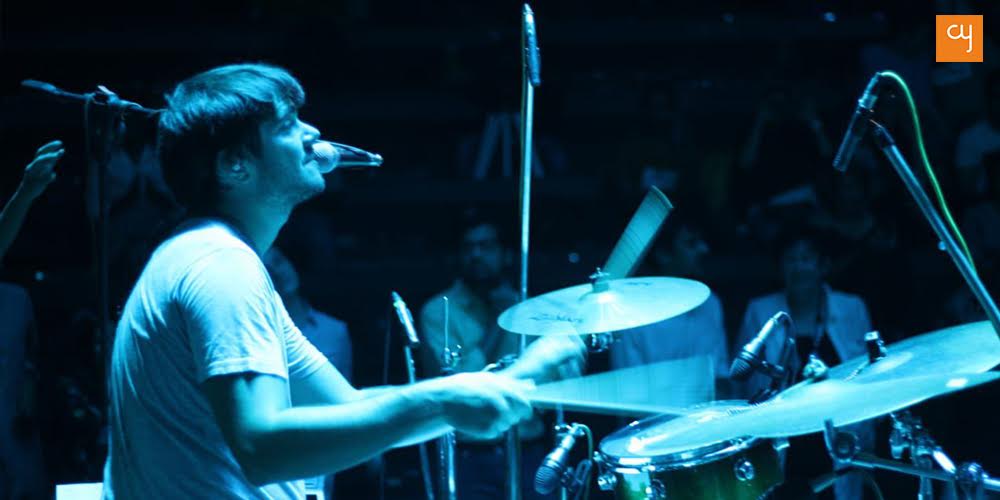 Indigenous musical instruments made a creative contribution to the mood both evenings. Christine was one with the enchanting varying rhythm provided by Harry sitting on a big drum he played. Christine, and Carlo the next day, had constantly in hand the fascinating Kayamb with thin dry sugarcane tubes filled with rattling seeds in each! Other smaller instruments were used too. Gren Seme band has been using all familiar electronic western instruments for an appeal to large audiences. Notably, all instrumentalists were passionately involved in the presentation and from time to time they lent vocal support.

Carlo, and towards the end others of his band, spontaneously jigged about and prompted the audience to join. The young ones hopped about and danced, some readily some others reluctantly. Grace and ease were noticeable with a couple of these dancers in their impromptu response. Interestingly, particularly on the first day, a subgroup or two recalled the Garba steps they had used at the recently concluded Navaratri festival! 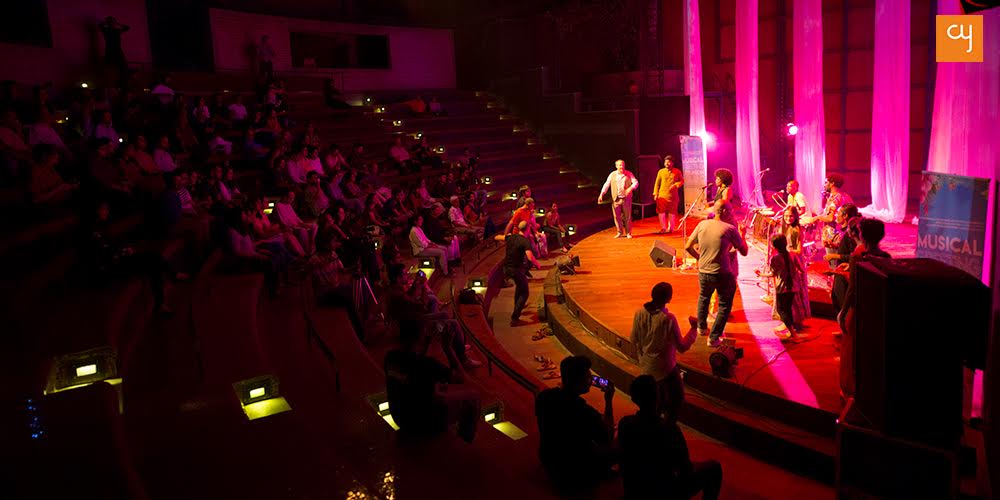