Where have all the voices of Dalit literature gone? Yogesh Maitreya discusses

Last week in Ahmedabad, translator and researcher Yogesh Maitreya explained how Dalit literature is excluded from the mainstream. He advocated for the need to have diverse narratives and spoke about why it’s important to translate works by Dalit writers. 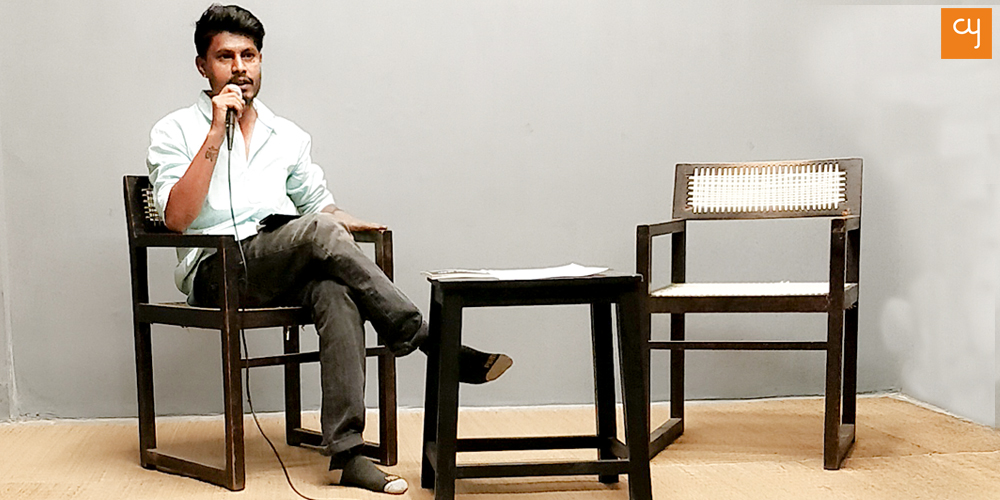 As the Navratri dhol beat outside the spartan Conflictorium museum on October 14 in Ahmedabad, Yogesh Maitreya sat in a cane chair with a lone mic, and with a respectful “Jai Bhim,” began sharing his knowledge of Dalit literature. A prolific and self-motivated Dalit writer, translator and researcher of Dalit literature who resides in Mumbai, Maitreya runs Panther’s Paw Publications, writes articles for news publications, and has published several books, including The Bridge of Migration, a collection of poems written by Maitreya himself, and a collection of poems by Loknath Yashwant called Broken Man. At this lecture-based poetry reading, he explained how Dalit writing is treated differently from that of other castes and classes. He incisively explored the themes of literature and caste within the context of our society. The audience, a mix of academics and laypersons, intently listened to Maitreya who drew on his varied experiences as a poet and translator at the lecture, Dalit Poetry from Maharashtra: Translation and Transition

Dalit literature as a movement

Maitreya prefaced his ideas with some history. In the 1960s, literature was specifically written by Brahmins. Their worldview, however, was not always in line with the experience of the masses. Maitreya named Namdeo Dhasal, who is often referred to as the “Second Tukaram,” as a pioneer who helped society depart from this practice. Namdeo’s writing stemmed from his experiences in the “do number ki duniya”, the “underworld.” His writing gave voice to a huge group of people who had previously been excluded from the world of literature. From the beginning, therefore, Dalit literature was a “movement, not an individual pursuit.” It existed to communicate experiences that were previously invalidated. The language and perspectives of Brahmins had so heavily monopolised the field of literature before this that anything else – like the Dalit viewpoints, and their different languages and vocabulary – were not given a second thought. But Namdeo taught, “express yourselves in the language that you know.” According to Maitreya, this brought about a turning point. Namdeo’s poems were eventually translated by Brahmins, and became a commodity.

This change helped pave the way for a generous amount of Dalit literature to be translated and studied. However, Maitreya argued, because Dalit literature was not actually disseminated as a package, it did not change the state of their literature. It is when full-bodied novels or nonfiction works are disseminated to the mainstream world that society gains new vantage points. These are what are essential to change prejudiced mindsets. Instead, today, the voices of Dalit writers have been erased. Maitreya shared many experiences that reinforced this. For example, though Maitreya is a prolific writer and translator with many publications to his name, it so happened that one time his review of a book was used as a blurb on the jacket of the book but was not credited to him. Though acknowledging that this kind of practice is unfair, he is not fazed: “Seeing these rejections, it doesn’t matter. I just want to work.”

Translation as a means to unify

Today, engulfed as we are in mainstream media, we are not entirely aware of what we’re consuming. Unless readers seek out niche markets, they only get to consume what is in vogue – prosaic romance novels and Bollywood love songs. Maitreya shared how he has struggled to write about things that are important and deserve an audience, but are not ‘sellable’. 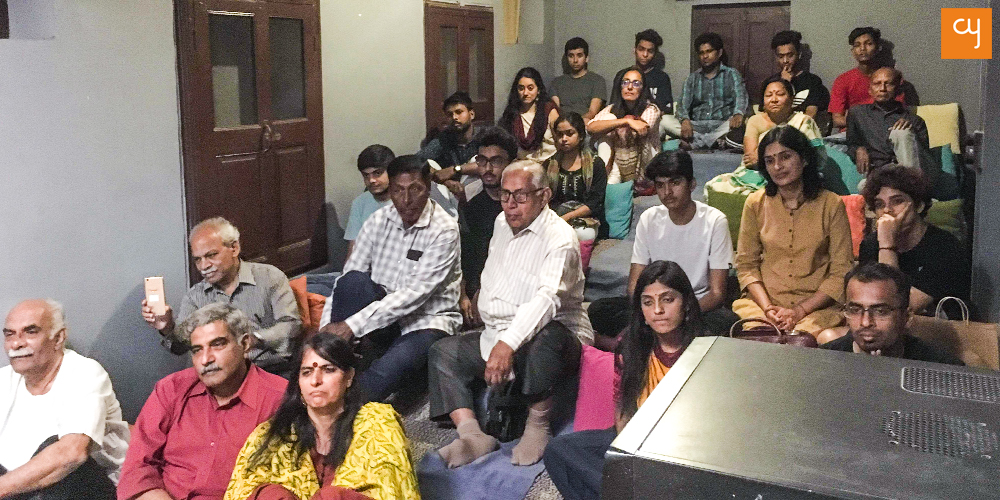 We also exist in a system where we only consume ideas that we agree with. Maitreya read out some poems that he had translated by Loknath Yashwant, which deal with issues of migration and immigration. These perspectives are vastly different from the upper-caste narratives that we most often see in mainstream media. This is why he feels that there is a huge need for translation. When you translate, you are not only exchanging the words of someone else, “you are exchanging a point of view.” Translation is a revolutionary practice that goes against the very idea of the divisive system of caste, he believes.

Though the caste system is an utterly antiquated system, Maitreya does not advocate to ignore its existence. Instead, he believes it’s important to know about the roots and background of caste even while fighting against caste division. This gives us context about the way that we digest our world.

“The literature which we produce always has subtext that tells us the conditioning of the caste we were brought up in.”

Adding to this, Maitreya made a notable point towards the end of the discussion: not all Dalit literature has to be about the same experiences. There are so many different experiences within this group and expecting all of Dalit literature to be about one subject is just another form of subjugation and prejudice. Like anyone, I had my preconceptions of what Dalit literature would or should be and this was part of the reason that I attended the talk. I grew up in the US, in a very US centric education system, and I am only now realizing that what I was taught about India was just the monolithic caste-specific, “visible” version of history. We are all aware that we have internal biases, but unless we reach out and educate ourselves, we continue to be affected by what society is telling us to think. In hearing Maitreya speak, I was reminded of my responsibility, not as a writer, not as a citizen, but just as a regular old consumer of media and information: the responsibility of knowing and seeking not just truth, but the whole truth.

The Bridge of Migration is a book of poems penned by Yogesh Maitreya and published by Panther’s Paw Publications.

Broken Man: In Search of Homeland is a collection of poems written by Loknath Yashwant and translated from the original Marathi to English by Yogesh Maitreya and Dr. K. Jamanadas

Both these books and more are available here: Panther’s Paw Publications