Promising tinkles of Kathak at Sangati 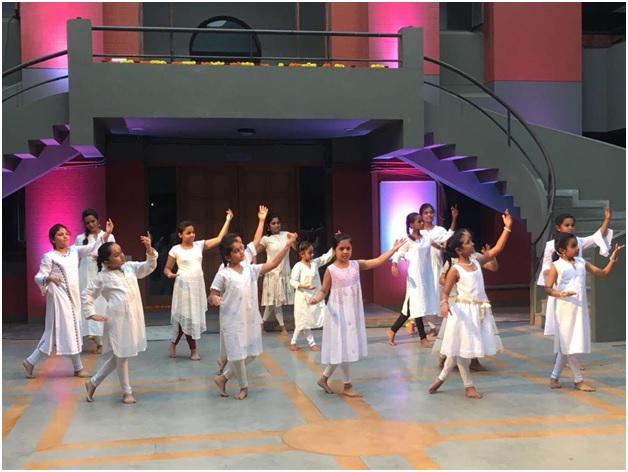 It’s the freshened Ashadh evening ambience of a spacious chowk, a modern version of the traditional one in pols on the other side of the river, becoming a performance space for Kathak that prompts this response.  The inviting architectural design, a blend of straight lines and curves and levels in coolly subdued colours, forms a backdrop in harmony with a performance of the kind. The viewers remained in an appreciative cheerful mood all through.

The performance emerged as a structured four-tier maiden presentation on Guru Poornima at Vaishali Trivedi’s Sangati, a new promising Kathak Centre for the city that loves to hear the tinkle of the dance form. The take-off was with an invocation to Goddess Saraswati by kids and a couple of grown-ups making bold to match steps with them. All clad in white, they endearingly portrayed the shubhravastravruta, tushar-har-dhavala, veena-vara-dandamandit-karaa Devi Sharada in majestic Shardulavikreedit lines. 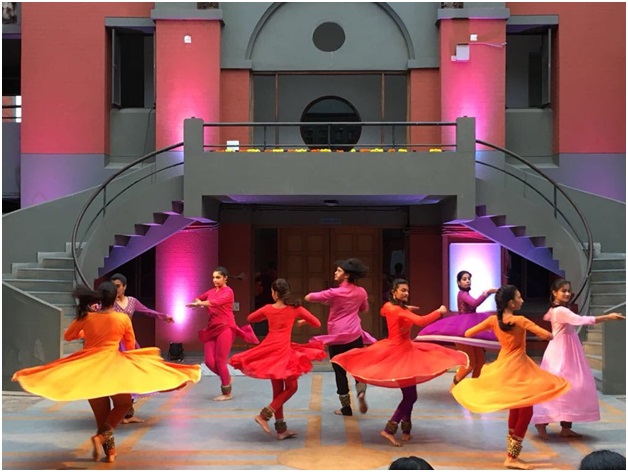 The kids hopped out and a bevy of pretty teenagers and just twenty-plus, including a boy with his long hair dramatically tossing, stepped in. Suitably attired in colour and design, they were in tune with the rhythm in their footwork individually and cohered with their simple movement and chakkars as a group in drut teentaal. Their self-assurance held out promise for their continuing interest in Kathak and built anticipation for the items to follow.

True to expectations, three not really so junior Kathak dancers, their faces and grace familiar, entered and got into their stride continuing the mood teentaal had already created. The well-knit trio of Salomi, Kalarav and Ramya with easy felicity and spontaneous joy delighted the viewers with their tinkling conversations now with the Pakhwaj bols, now between them playfully, now with the viewers smilingly. The three dancers, even while they continue their ascent, showed to the beginners a modest peak beckoning to them to scale. 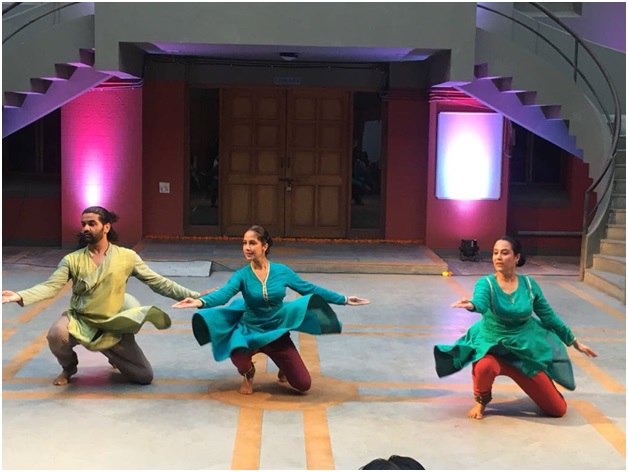 It was not for the first time that many in the audience heard Vaishali sing those kaise beete raina lines, but rendered without any instrument to support in the open with the season’s mood in harmony they assumed a special charm. Her voice rose from the heart and movingly went upward piercing the air. As if this were not enough, she put the mike away and presented her nuanced abhinaya on the song. How touching it was without stage effects like makeup and lights and the black of her attire relieved by a dash of red of her dupatta! 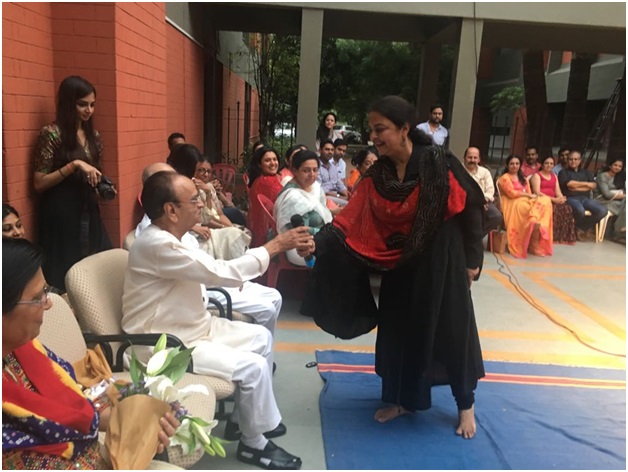