It is heartening to see that a few young classical dancers from time to time take the initiative to explore ways of reaching out with a difference to contemporary viewers even as they explore the roots of our classical arts quietly otherwise. Bijal Haria who trains budding Bharatanatyam and Kuchipudi dancers at her Parampara Academy took time out of her doctoral studies of a Sanskrit classical text under Dr Sandhya Purecha (Mumbai) to organize a Festival of Indian Dance and Culture (read ‘other arts’) at the Nehru Foundation auditorium (27/10). 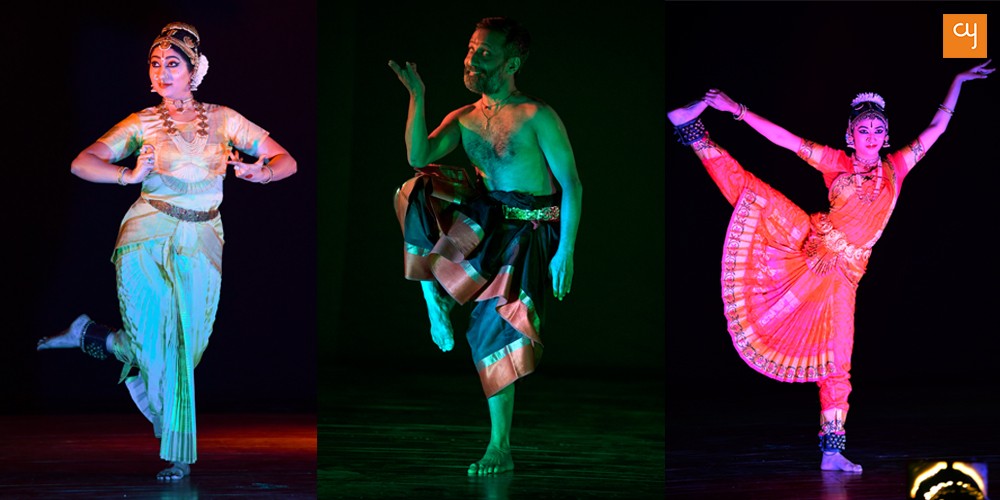 Bijal’s traditional Ganapati Vandana spelt her dignified approach to dance and her growth as a dancer. Attired in cream gold hues with the matching shimmer of the ornaments around the neck and on the head, in the curved stance that froze for a second or two, as also in the initial slow lyrical tempo, she reflected taste in presenting herself as a modest devotee to a deity. She has the blessings of the celebrated Kuchipudi exponents Raja-Radha Reddy (Delhi) and she cast herself in this choreography dancing in front of them a week before the performance.

Sandhya Purecha’s disciple Chitra Dalavi, who came from Mumbai, brought a Bharatanatyam offering to trinetra Lord Shiva in a Swati Tirunal Pada. Young and slender, she has a relative felicity and expression in the idiom with the training received from her guru. Giving an idea of the Lord’s distinctive aharya (bhasma, rundamala …), his recognizable rhythmic presence (dhananana tanana ghungharu baaje …) and his significance (shokaharam … devamuni sabha gagana biraje), verily she invoked the Lord of Dance.

The Baansuri Vadan in Raag Bhupali by Chetan Joshi (Delhi) enhanced the mood of bhakti. The gently flowing raga blended with the ambience of the evening and his enunciation of it was so good the listeners with a cultivated taste accorded it a receptive silence. The modest flutist with a pleasing bearing was accompanied with complementary talent by Ankit Parekh (Varanasi) on the Pakhwaj and Jajwalya Shukla (Ahmedabad) on the tabla.

D. Padma Kumar is known to give glimpses of a fascinating infinite world within the human body through the martial art form Kalaripayattu he has mastered. It is an art of defence which in its slow pace of physical action resembles dance, in its circumspection wildlife movement and in breathing Yoga. His presentation ‘’Search” included ‘Kandisa’ by trained students on Indian Ocean music, a controlled slow-paced piece ‘Duet’ (Puja-Hiren) and his absorbing solo ‘Vismaya’ with Jayan Nair’s live music composed by Subranya Bharatiyar. Vismaya became a dainty work combining poetry, music and abhinaya expressing a sensitive human being’s sense of wonder at the sensory impressions he receives in the solitude of an orchard. The choreography was by Vanita Nagarajan and Padma Kumar. 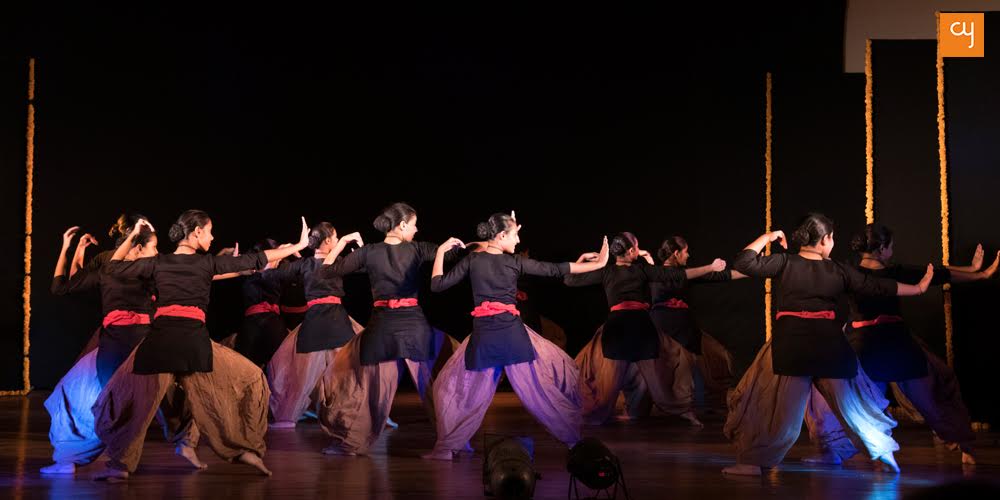 In the finale called ‘Liberation’ Bijal danced with all her Bharatanatyam students at Parampara, who had training in Kalari for four months, on Shivarama Krishnan’ music. Liberation was significant in two ways. It marked her readiness to welcome contemporary influence on classical dance. More importantly, it has the theme of liberation from all kinds of bondage the modern woman feels. Free from forces constricting her space she shares celebration of life.

Sunil Kothari and Sandhya Purecha (in absentia), incidentally, were felicitated at the event by Bijal Haria on their recent SNA awards. Smita Shashtri joined her in felicitating the dance critic.