Not silence, communication is a virtue in matrimony, Naomi asserts

The interaction that followed Naomi Ackerman’s 50-minute solo performance Flowers are not Enough at Natarani last Friday as the inaugural presentation in the three-day 40th Vikram Sarabhai International Art Festival was as long as the performance. No one left nearly till the end and many viewers participated in the discussion. The artist’s keyword in the performance on abusive relationship was communication and appropriately the performance generated a two-way communication. 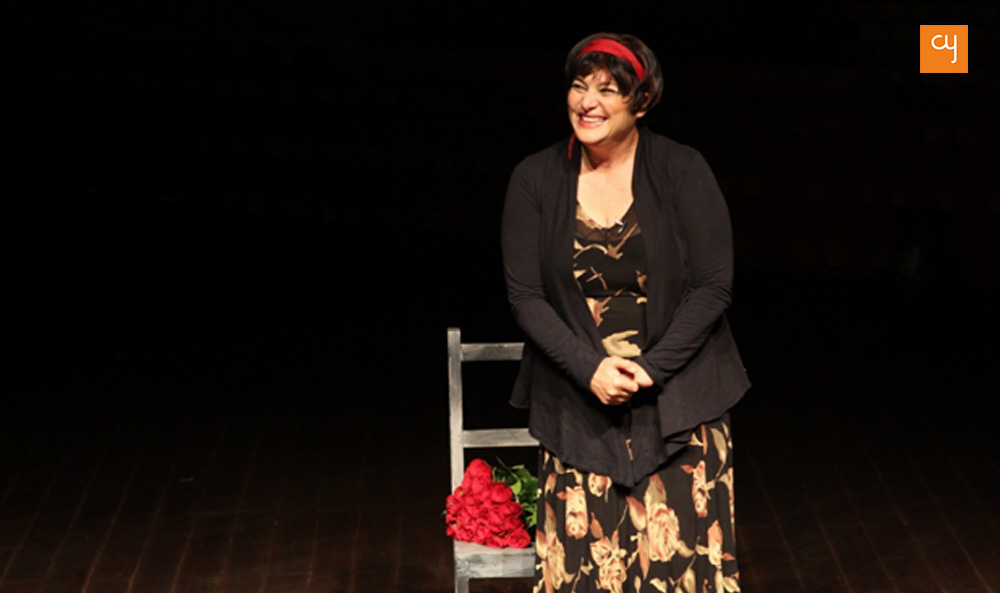 There is significance in Naomi holding around 2,000 shows of Flowers…in last twenty years in countries with diverse social backgrounds and receiving attention in areas ranging from urban, rural and slum, sometimes with audiences not knowing the language, now English, but understanding the issue it focusses on. The issue of relations turning sour through violence has universal presence and its complexity and the need to resolve it are accepted.

She was pretty young when she was invited by the Israeli government to write about the issue. She wrote a short script to begin with, as she later said at the performance, receiving inputs from five young victims who were at the receiving end. The present agonizing narrative as of an educated higher middle-class young woman, who – as she was taught to be – for long remained a victim of silence to regular domestic violence and the husband’s treatment of her as an inferior partner and at a point of time realized enough was enough, could serve as an eye-opener. 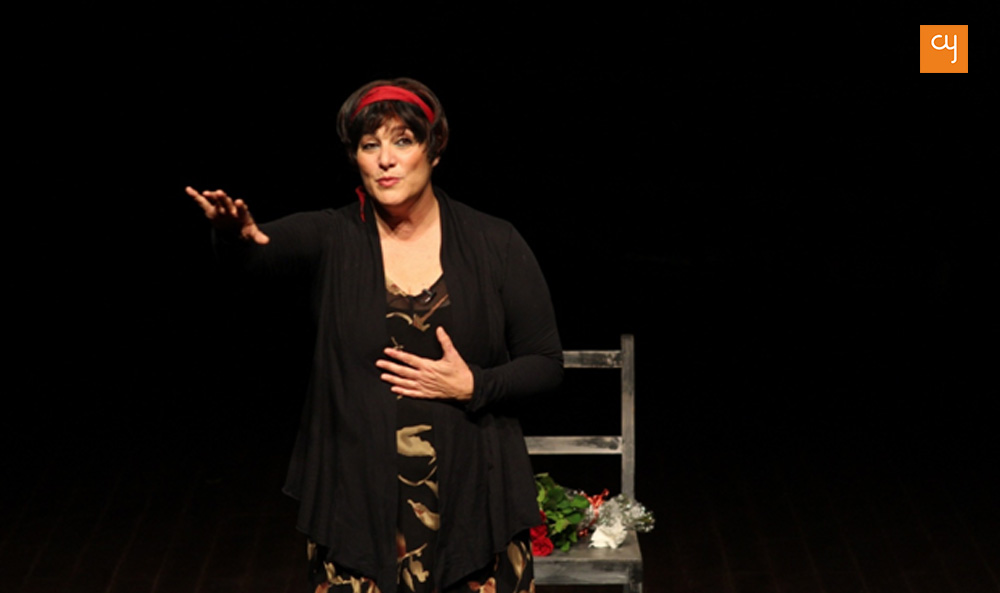 And that’s the purpose the performance has been serving, it seems. She has been the founder of Advot Project, in which advot in her language means ‘ripple’. The ripple her performance causes, judging by longevity of the performance and the reactions received at the post-performance interaction has the invisible power to bring about a change in individual attitudes and in the conditioned collective attitude to matrimony that has rendered the culture of silence a virtue.

The victim starts believing, she says during her performance she is really at fault. She, and innumerable others globally, need to develop awareness and confidence stepping out of where they are trapped that in relations neither of the two is superior and one person must look at the other with respect and dignity like an equal looking ‘eye-to-eye’. In the absence of a sense of gender equality, love is a sham. As a recognized activist Noam projects the power of communication against the weakness of silence and acceptance. She, in fact, gets young victims coming out of their shells to write, recite, sing, dance and breathe joy. 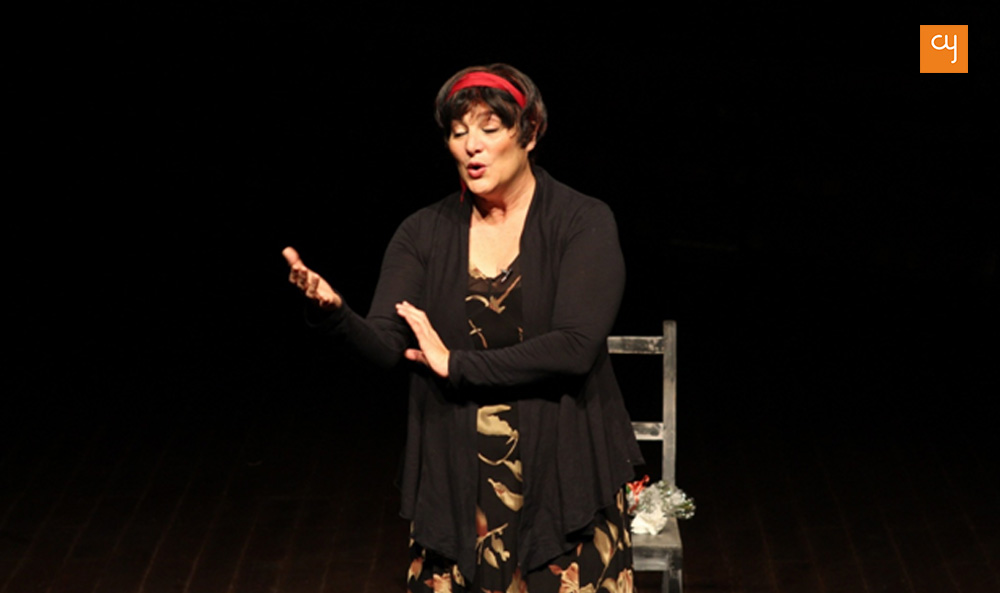 Remarkably, Naomi comes across as an affable communicator. As a performer she deceptively looks casually talking to the spectators and, as intently they listen to her, she subtly weaves in her theme. She plays roles, projects his domineering partner and his actual violence and a sense of hurt sinking in with the victim without being theatrical. She beautifully uses modulation, has the lights dimmed imperceptibly. The undercurrent of empathy for the central character is music to the viewers’ intent listening. No music required. The space on the stage she uses, contrasted with its vastness horizontally and vertically, turns symbolically claustrophobic.