Nakashima at NID: Blending the Traditional with Trending 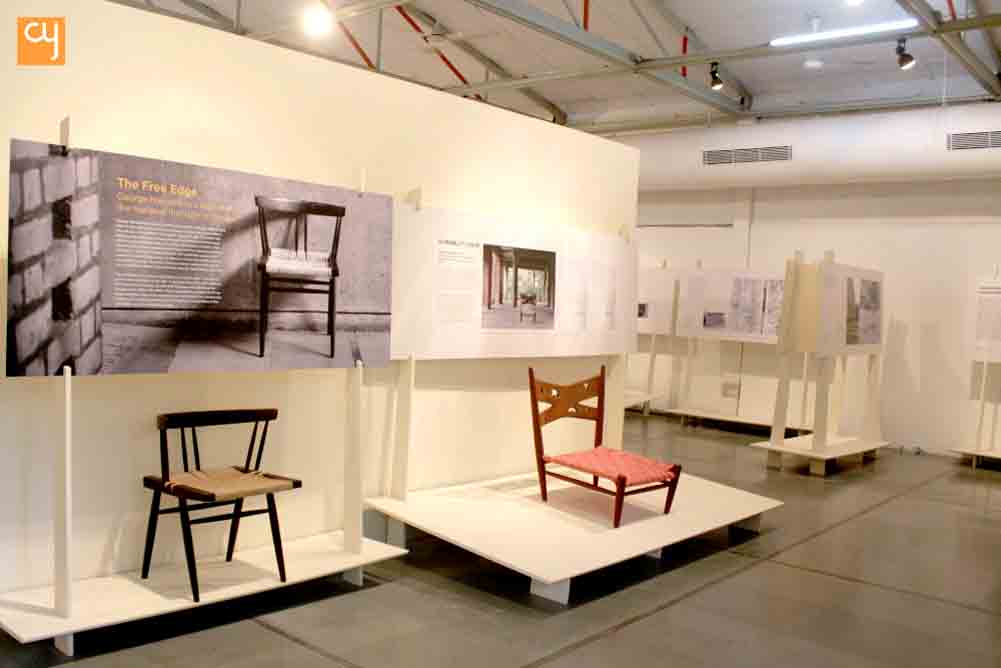 National Institute of Design, country’s leading design institute has mentored some of the world’s most adept designers since its establishment in 1961. One of them was Japanese – American design brainy George Nakashima, who then grew up to be a renowned architect and furniture designer. During his early days, Nakashima visited here and engraved a deep influence from the institute’s pedagogy and methodology. 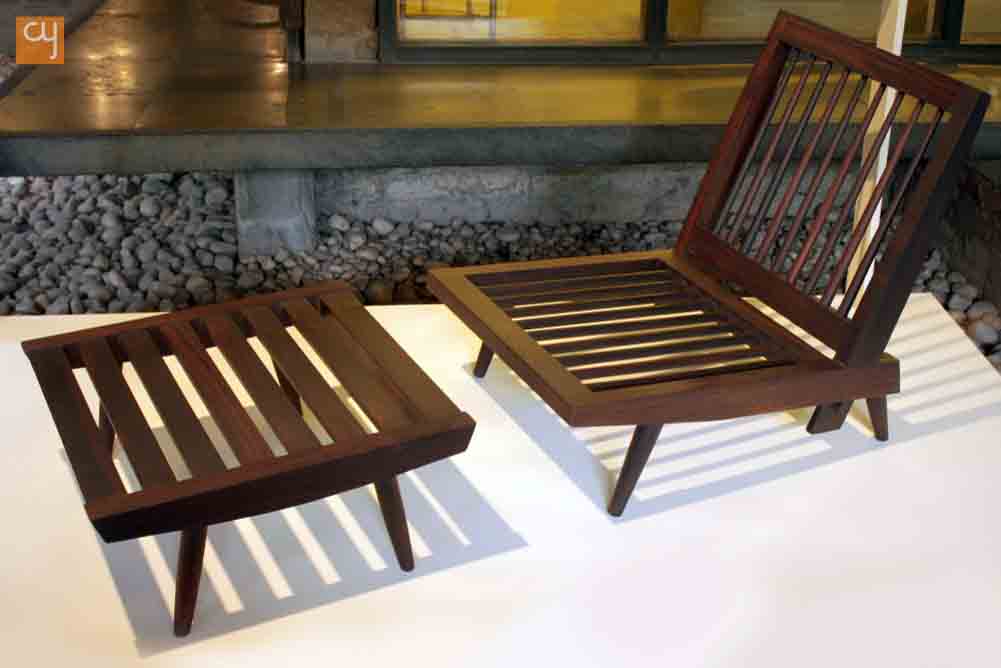 NID has decided to revive the life, philosophy and the spirit of Nakashima through “The Free Edge: George Nakashima” an exhibition and symposium to learn from his body of work. The exhibition was inaugurated on October 22, 2016 and will continue till November 21, 2016. The exhibition can be relished at the Design Gallery and the Eames Plaza at the NID Paldi Campus in Ahmedabad. The event not only includes the paragon works of Nakashima but will also cater an open hand discussion, student competition and workshops inspired upon his philosophy. 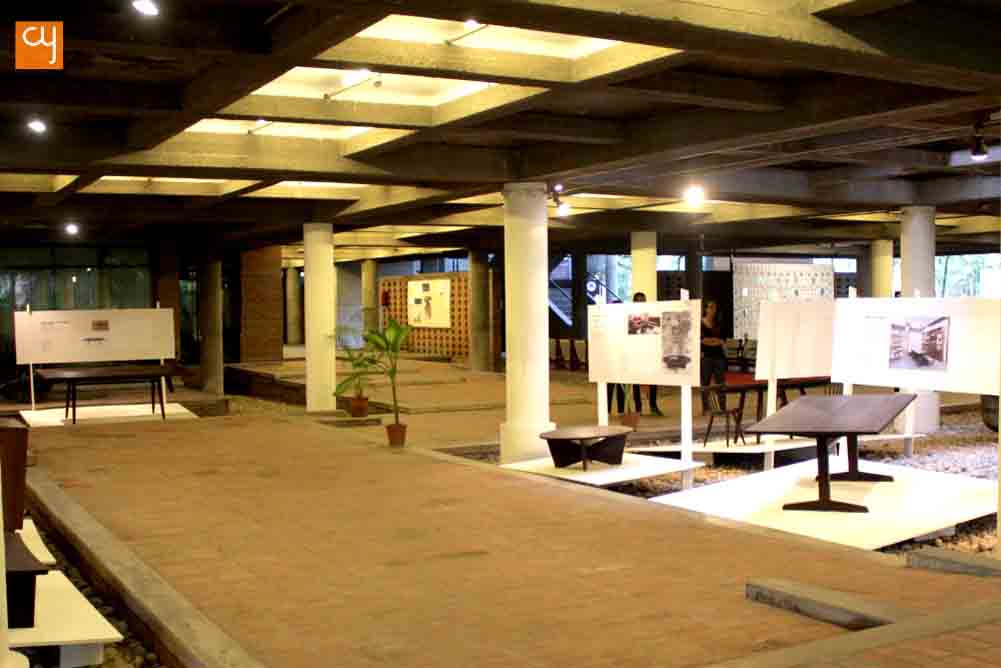 The exhibition has been curated by Tanishka Kachru and Jonak Das and the ideation was conceived under the mentorship of NID Director Pradyumna Vyas. The backhand team of the festivity received an enormous support from the Sakura Factory in Japan and Mira Nakashima, who is George Nakashima’s daughter. Pidilite Fevicol is the major sponsor for the exhibition in succession with Pool magazine and Asian Paints. One can view the detailed designs and drawings of the furniture and prototypes that were produced at NID during his presence in 1964. He provided 32 designs to NID which were produced in the wood workshop of the institute for many years after then. 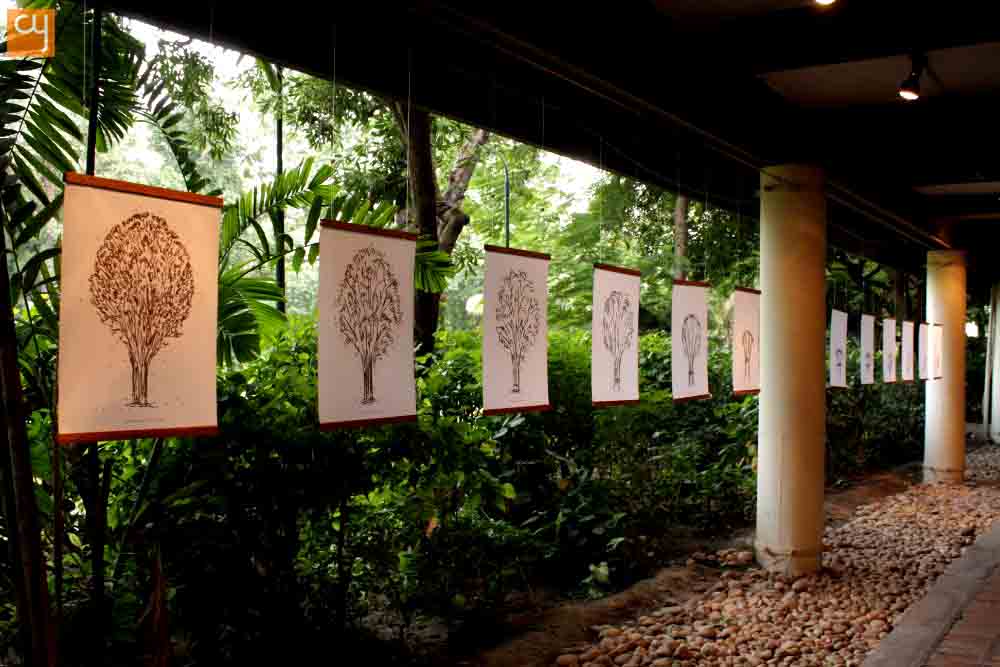 Nakashima has a riveting life hailing from the United States of America to connecting with different countries across the globe. He absorbed modern western sensibilities and tried to amalgamate them with traditional oriental philosophies. He first came to India in the 1930s when he supervised the building of the Golconde at Aurobindo Ashram in Pondicherry, which also was the first reinforced concrete building in the country.

In Pondicherry, he was influenced by the philosophy of Sri Aurobindo and honored with the title ‘Sundarananda’ from the Mother. His experiences at Pondicherry became crystallizing ones and prolonged with him for the rest of his life. It was during his stay in Pondicherry that he decided to design his first piece of furniture.

After the Second World War Nakashima decided to dedicate rest of his life to furniture making and recalled himself constantly as a woodworker. He received global acclaims and accolades for his tremendous contribution to architecture. And In 1983 he received the Order of the Sacred Treasure from the Japanese government and the Emperor.

During the early 60s, Nakashima was invited to visit NID by Gira Sarabhai and the Indian Government. He then made several trips to Ahmedabad with his family which was exclusively hosted by the Sarabhai family. At NID he worked closely with some of the founders of the institute and contributed even in the foundation of this institute.

During this exhibition, the student competition has received more than 160 entries from across the nation, which will be ethically judged by eminent furniture designers including Mira Nakashima and Pravinsinh Solanki. The workshop held as part of the confluence will host some incredible unique methods of Nakashima’s philosophy taught by the faculties to the enthusiastic aspirants. Solanki the co-ordinator for Furniture and Interior Design Faculty at NID is quite enthused to be able to put this event together.

Being an influential exhibition dedicated to a world-class designer, who was also a part of NID’s foundation, the exhibition is spotlighting on many early days aesthetics of the institute that they use to follow during its establishment. Their early educational philosophies, design practices, making practices and aesthetic ideas that came together to shape and mould India’s nascent design education. 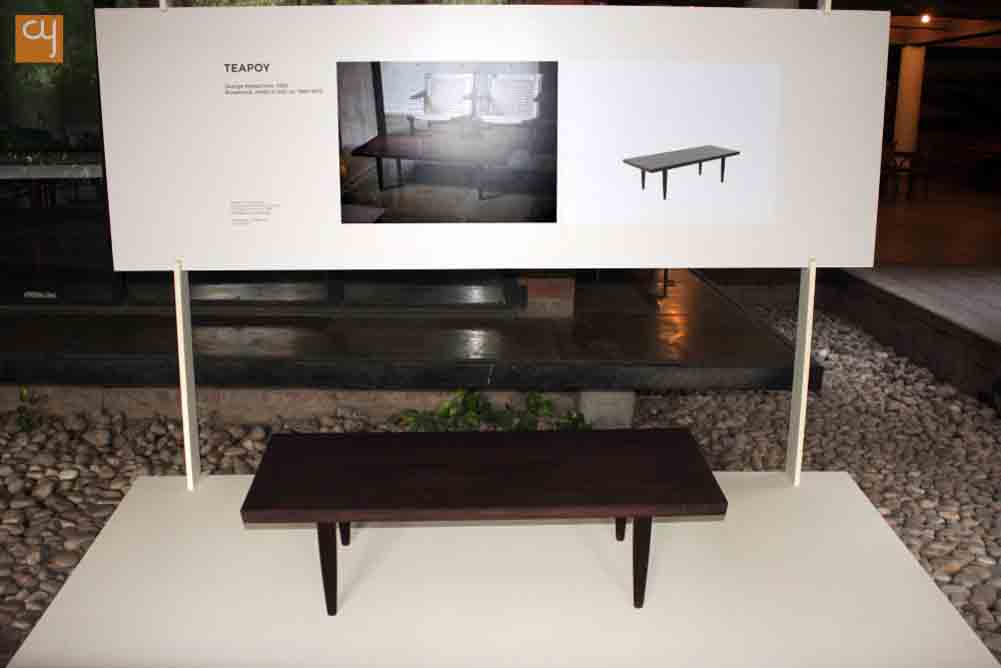 Nakashima beautifully blended modern aesthetic with traditional sensibilities; his work is modern yet connected to the past; it is well designed and beautifully crafted yet at the same time rustic and natural. His exceptional furniture has no ornamentation and requires little finishing. He believed in being true to the natural forms. 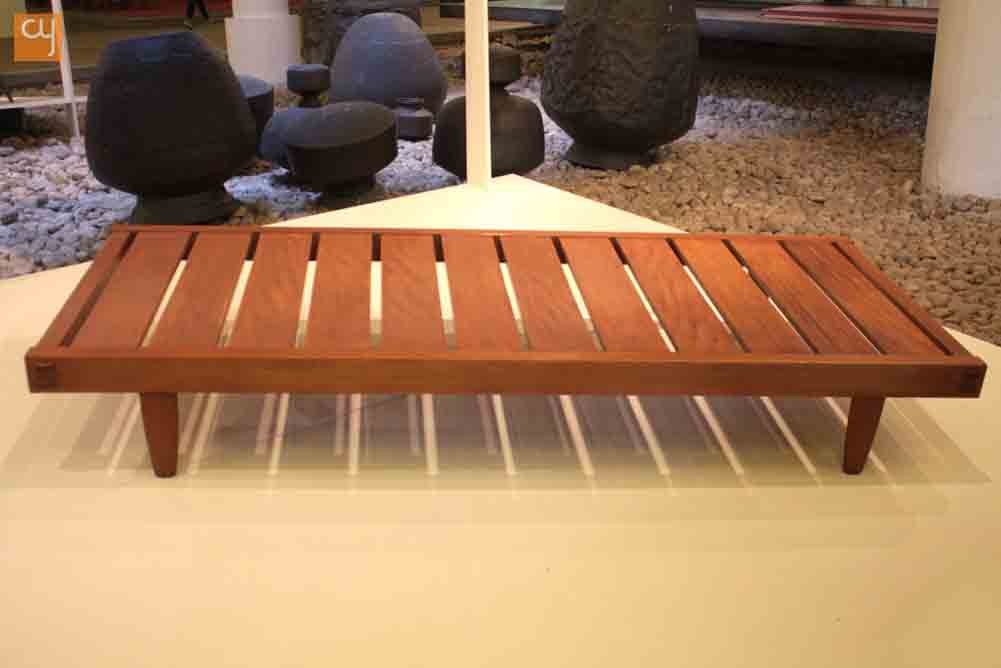 The furniture is exceptional in the use of only butterfly joints and dowels and is made without nails and screws. Only raw wood is used and often the natural lines of the wood are followed. Most of the furniture at NID has been produced in Rosewood. The furniture shows a combination of Indian and Japanese sensibilities. The furniture is highly utilitarian while also being aesthetically pleasing.

He had a lot of respect for wood, expressing in the words of Gajanan Upadhyay, his collaborator at NID and noted architect and furniture designer “In my opinion, no one could know wood better that this wonderful designer” 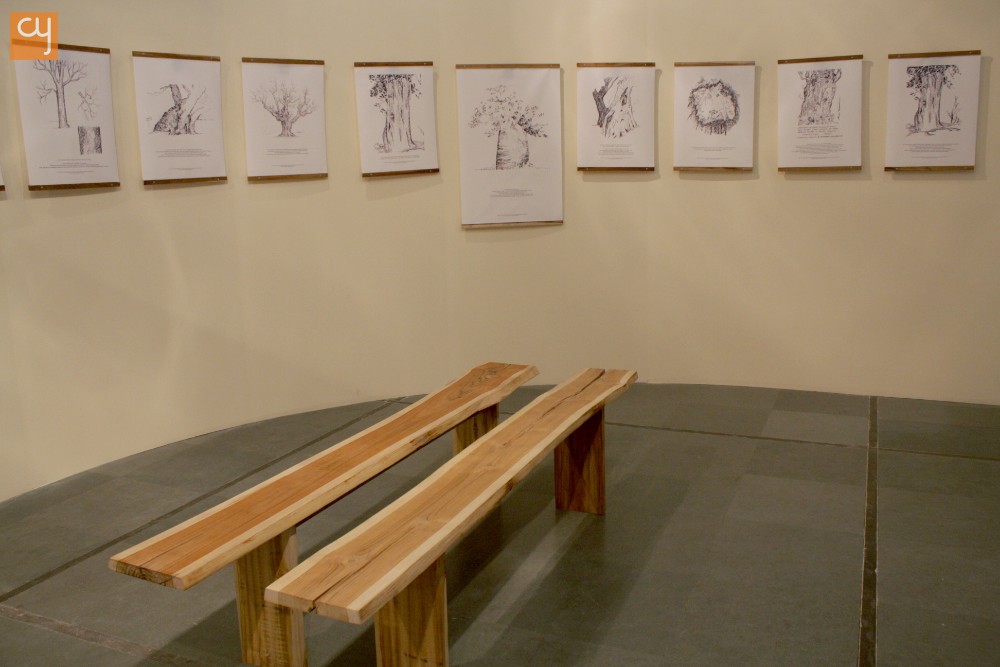