The Era of Retros is here...Look for More 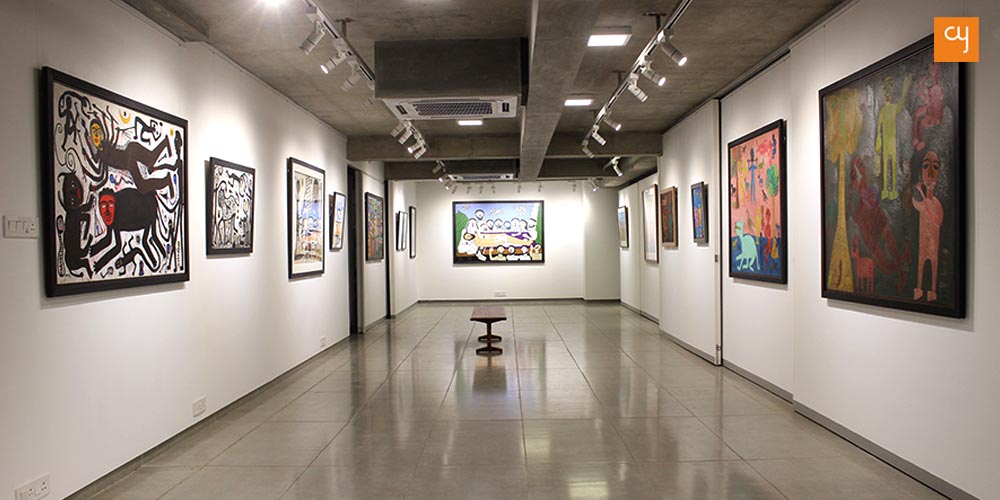 It’s a double bonanza for Delhi-based Gujarati artist Madhvi Parekh as she visits Ahmedabad this season! Even as her show The Last Supper started at The Gujarat Theosophical Society’s IP Mission Chapel only on Sunday, a Retrospective on her creative journey also began at none other place than the new Archer Art Gallery in Ahmedabad. Nothing could perhaps be more fulfilling for an artist than to find two most willing hosts to raise two outstanding shows for her concurrently in the same city!

The retrospective show titled The Curious Seeker also comes as part of a promise held out by the Archer when it launched the facility in August of 2018; which was to offer to Amdavadi art buffs shows that would be a class apart and about invited artists nationally or even internationally renowned. Keeping that promise, the Archer presented this show on Madhvi’s creative journey in partnership with the Delhi Art Gallery (DAG) who have provided most of the works for the show from their large and impressive repertoire, that one hears runs in thousands. 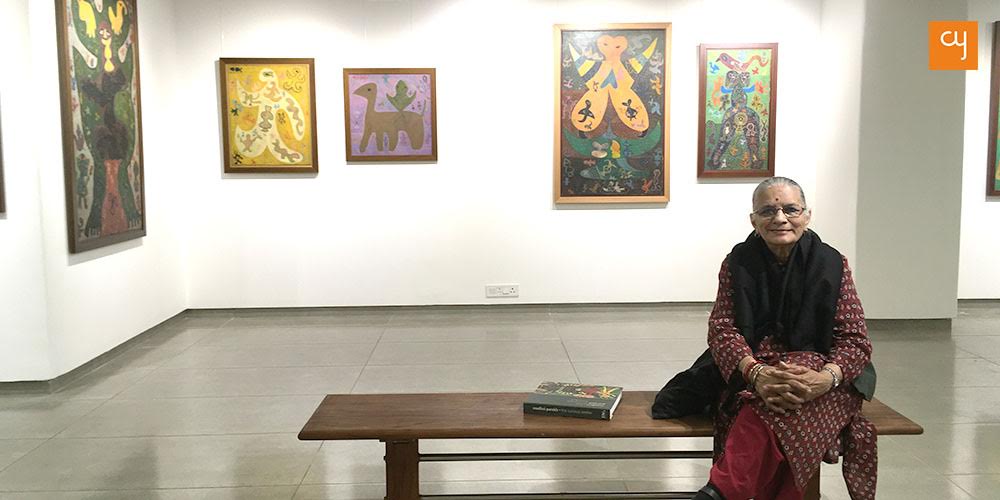 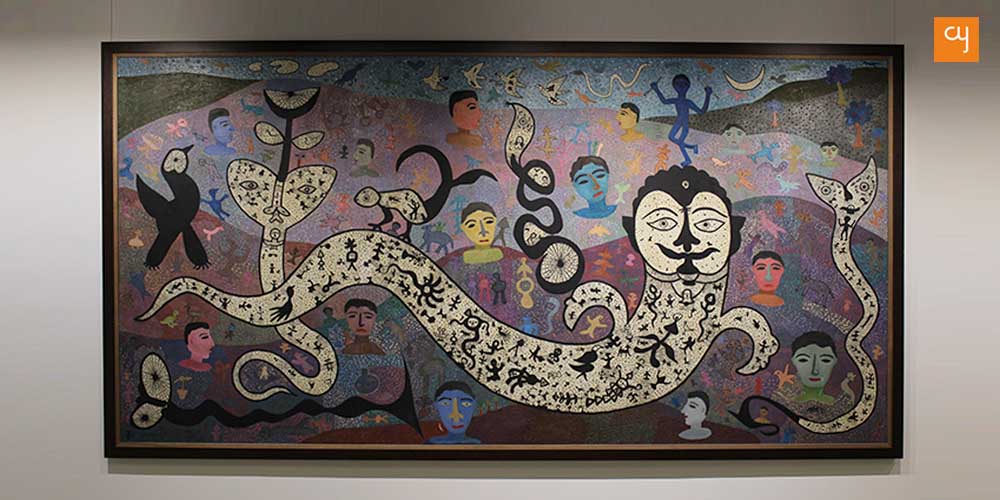 To recall it for the uninitiated, a ‘Retrospective’ is a show that captures the high points of an artist’s practice and pursuit of art in their lifetime, as it looks back for the sake of the contemporary arts community to reevaluate the artist’s contribution and standing in the domain, on a standalone basis or even in comparative terms with the current art practices.

Coming after two similar retrospective shows forerunning at Delhi and Mumbai under the aegis of the DAG in November 2017 and August-October 2018, this show at Archer traverses Madhvi’s journey through her works created from about 1964 onwards till the present times, segmenting them in some kind of a decadal evolution. The show narrates her progress both in text and visuals from one influenced and steeped in the local folklore, spiritual-cultural and mythological tradition to an artist who not only relates to but creates an entire series on Jesus Christ, his compassion and his eventful episodic life, as time moves for and allows her to see places and the fascinating international art coming with the visits.

It becomes very interesting to see the works on this last series at both the venues of her two concurrent exhibitions in a space of just two days! While the show The Last Supper is an exclusive about Jesus Christ, The Curious Seeker has quite a few works on Christ again! The one that stands out here the most for its quiet pathos is the Untitled work depicting pieta, the lamentation of Mary and others following Christ’s crucifixion while he lies in state. The work is an instant draw as everyone is familiar with the legend of crucifixion and resurrection! No wonder visitors ask Madhvi to stand for a picture in front of this work!

While two works titled Dolls and others like The Boat, The Fountain, The Mother would represent her first decade or thereabouts, more of prominent and bigger works for the rest of the period follow:like Kalia Daman (or Mardan), The Flying Goddess, Bhakta, Playing with the Animals, Happy in the Village I and II. The flying Goddess is a recurring theme that points to the artist’s belief and fascination for Shakti. 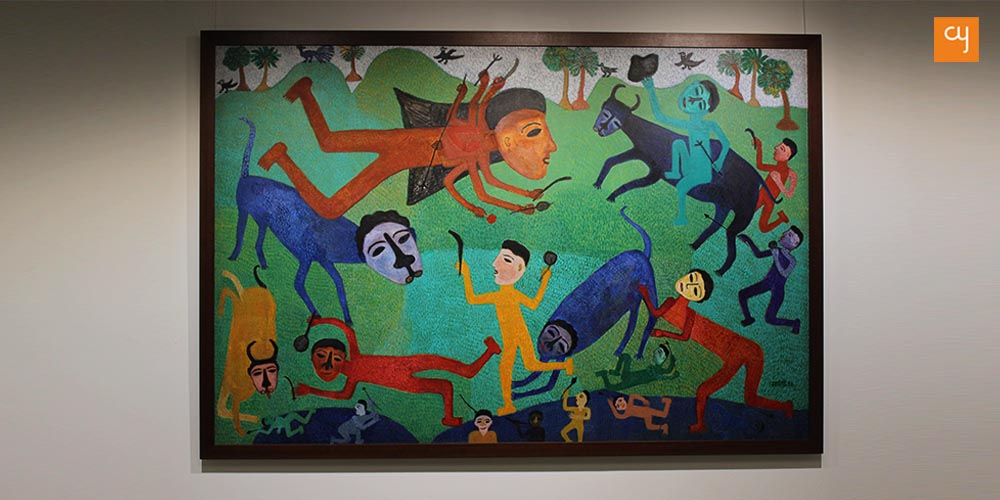 Other works include her now-famous reverse paintings rendered on acrylic sheets. A narrative informs us how she was nurtured into practising this technique by Nalini Malini and Madhvi’s later application of the skill in her Christ series and other works is proof enough of how comfortable she now seems with the form!

A section also shows her ink drawings including some in colour created from sixties through eighties. There are a few works in charcoal as well that provide a fair indication of Madhvi’s reliance and practice in a range of media, watercolours and even silk-screening serigraphs, etching prints not excluded. 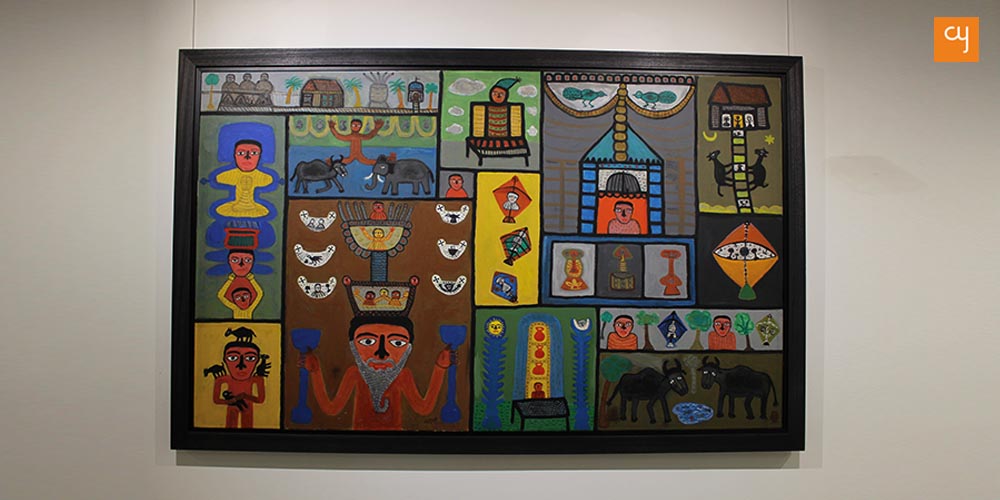 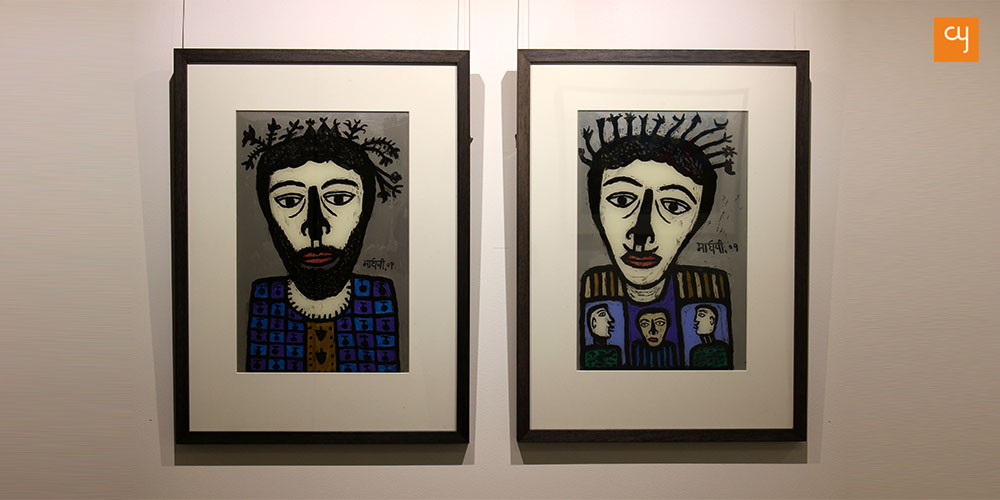 A selection of quotes from art critics and other artists like Prayag Shukla, Pranab Ranjan Ray, Geeta Kapur, Bhupen Khakhar et al sums up their assessment of Madhvi’s body of work and her style even as they provide insights to the viewer. An important display in the show refers to Madhvi’s initial mentoring by artist husband Manu Parekh who exposed her to the works of German-Swiss artist Paul Klee while asking her to start by drawing geometrical forms. This exposure was to result in a geometrical progression of her talent; even as it also exerted some lasting influence on her creativity and in the emergence of a composite style of hers over fifty long years of her art practice in the niche!

The show curated by Kishore Singh of the DAG is a truly representative retrospective for someone as talented and endearingly modest as Madhvi. The venue superbly matches the distinctive class of the varied yet carefully curated works on display and the show is a must watch; more so for the Gujarati connection of the artist who hails from the rural hinterland of Sanjaya. As with its inaugural show in August the last and the recent one that commemorated 75th year of Amit Ambalal in October the last, the Gallery will keep this third major show of theirs going for a good seven weeks till the end of March. The Relias of Archer, Kishore Singh of DAG and Parekhs Manu and Madhvi deserve compliments for offering a quality show for Amadvadis to enjoy and remember for times to come, all of whom were present for the inaugural reception! 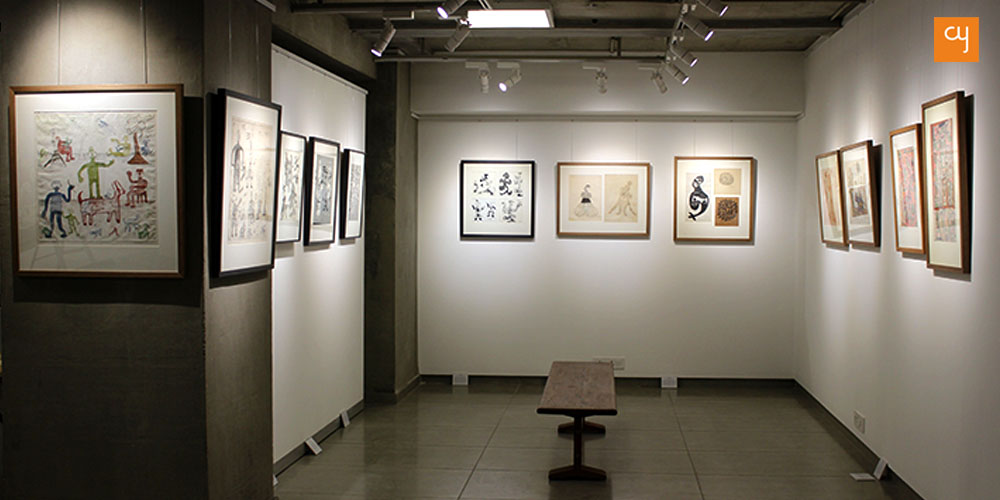